A majority of Democrats do not think former Vice President Joe Biden should be counted out as a 2020 candidate, despite multiple allegations of inappropriate touching.

The poll showed only 14 percent of Democrats are “much less likely” to vote for Biden. 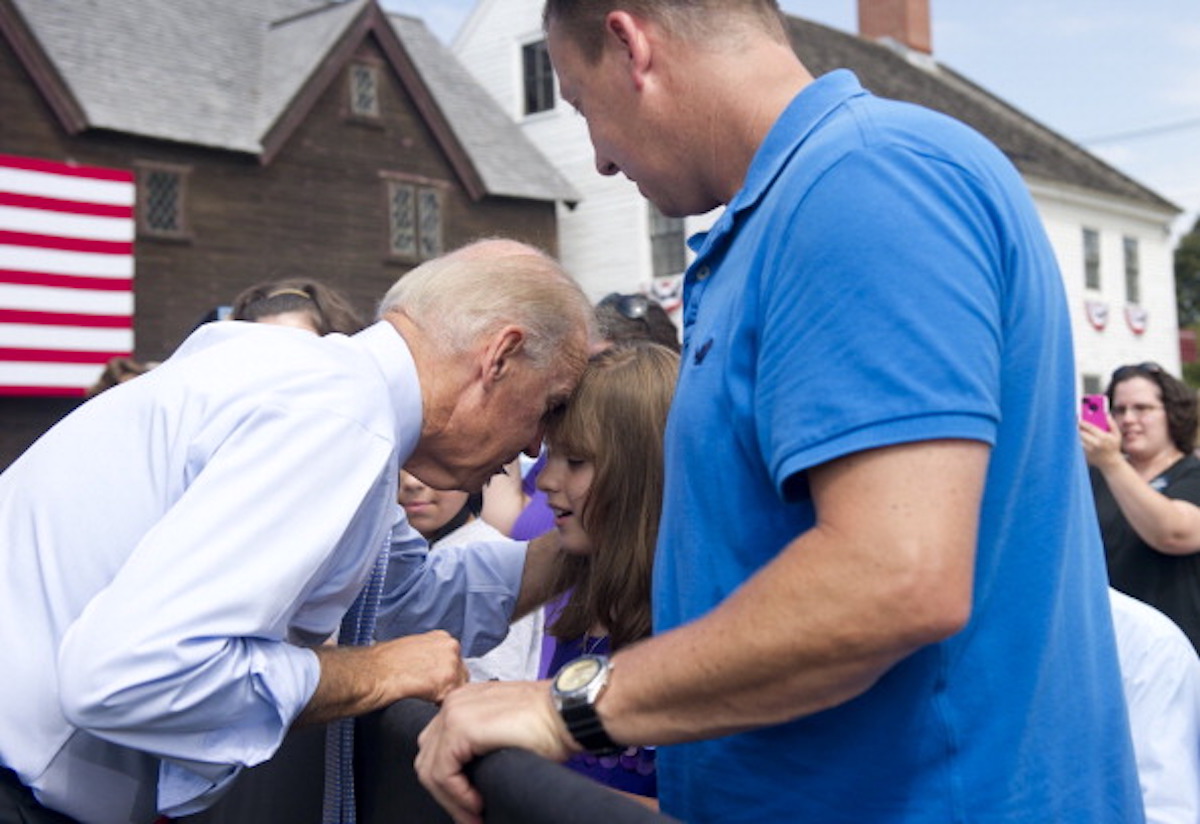 Vice President Joe Biden touches his head to a young girl’s forehead as he greets guests after speaking during a campaign event with US President Barack Obama at Strawbery Banke Field in Portsmouth, New Hampshire, on September 7, 2012. (Photo credit: SAUL LOEB/AFP/GettyImages)

Biden has been accused by multiple people of unwanted touching and touching them inappropriately, causing him to release a statement and a video, apologizing for making people feel uncomfortable. (RELATED: Two More Women Come Forward To Accuse Joe Biden Of Touching Them Inappropriately)

“In my many years on the campaign trail and in public life, I have offered countless handshakes, hugs, expressions of affection, support and comfort. And not once — never — did I believe I acted inappropriately. If it is suggested I did so, I will listen respectfully. But it was never my intention,” Biden said in a statement on March 31.

The poll was conducted between April 5-7 and surveyed 1,992 registered voters. The margin of error is plus or minus 2 percent.