Massachusetts Democratic Sen. and 2020 presidential candidate Elizabeth Warren held her position in the top 1% last year, according to tax returns she released Wednesday. 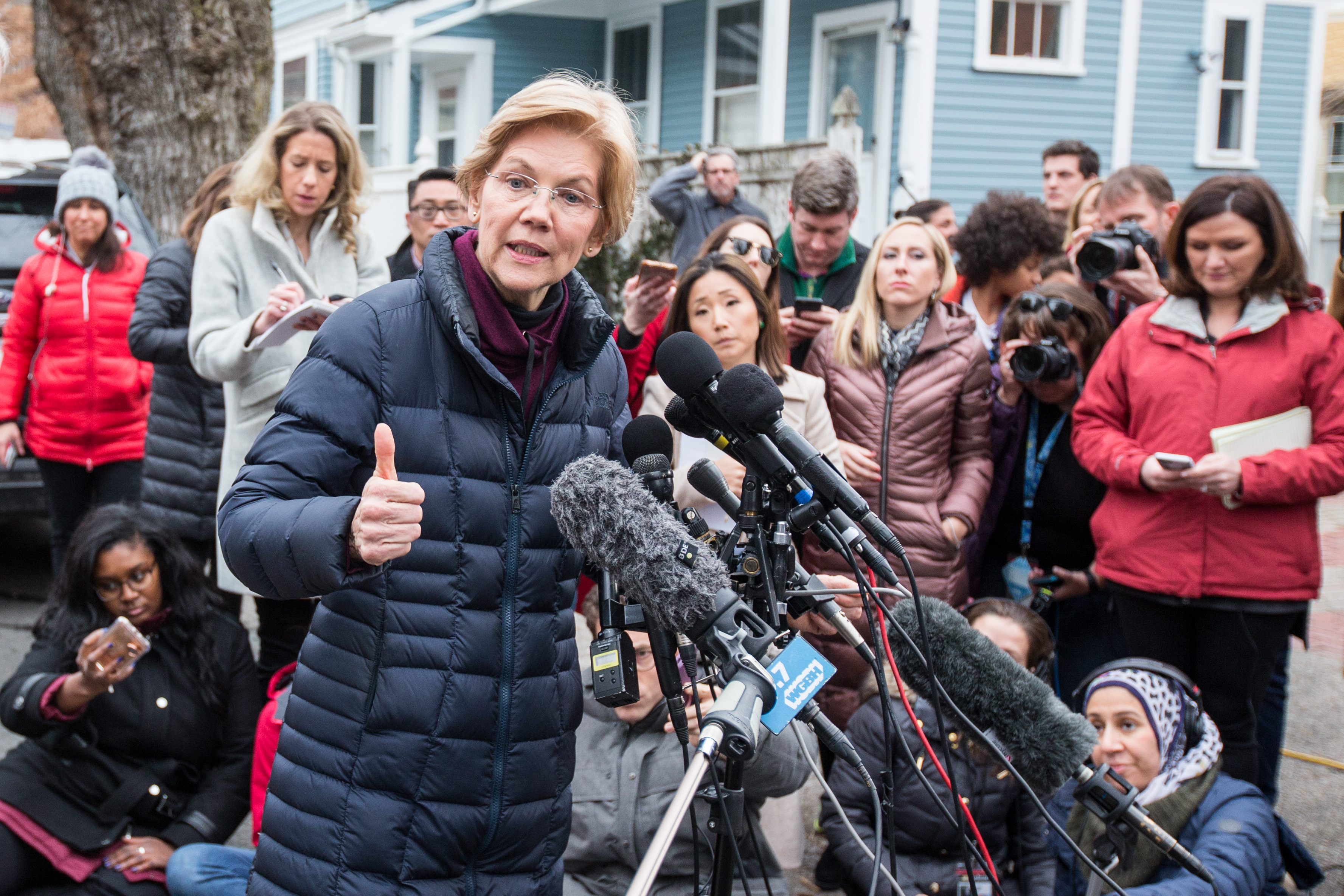 Sen. Elizabeth Warren (D-MA), addresses the media outside of her home … (Photo by Scott Eisen/Getty Images)

To be among the top 1% of U.S. earners, a family must make at least $421,926 per year, according to CNBC. That number varies, however, state-to-state. For example, in Connecticut — the state with the highest average income top-earners — you need an average annual income of $700,800 to qualify for the 1% population.

But Warren’s position in the 1% comes as no surprise: Her tax returns from the last 10 years have been available to the public since 2018, perhaps in an effort to be transparent about her income and taxes as a presidential candidate. She and other Democrats have been critical of President Donald Trump for not doing the same.

“What are YOU hiding, [Trump]? Release your tax returns — or the Democratic-led House will do it for you soon enough. Tick-tock, Mr President,” she wrote on Twitter earlier this year.

I took this test and released the results for anyone who cares to see because I’ve got nothing to hide. What are YOU hiding, @realDonaldTrump? Release your tax returns – or the Democratic-led House will do it for you soon enough. Tick-tock, Mr President.

On top of her senator salary, Warren made over $324,000 “from income related to her book,” the Washington Examiner reports, which, for reference, is about $13,000 more than the annual income needed to be in the top 1% of the population in Hawaii.

The abstract for Warren’s 2018 book, “This Fight Is Our Fight: A Battle To Save The American Middle Class,” which she got a $525,000 advance to write, reads:

Warren grew up in Oklahoma, and she’s never forgotten how difficult it was for her mother and father to hold on at the ragged edge of the middle class. … Now, with the election of Donald Trump — a con artist who promised to drain the swamp of special interests and then surrounded himself with billionaires and lobbyists — the middle class is being pushed ever closer to collapse.

Her returns also note “over $4,000 of interest income from accounts with Bank of America, Capital One and the Bank of Omaha, a regional bank located in Nebraska” and claimed $13,000 in residential energy tax credits. 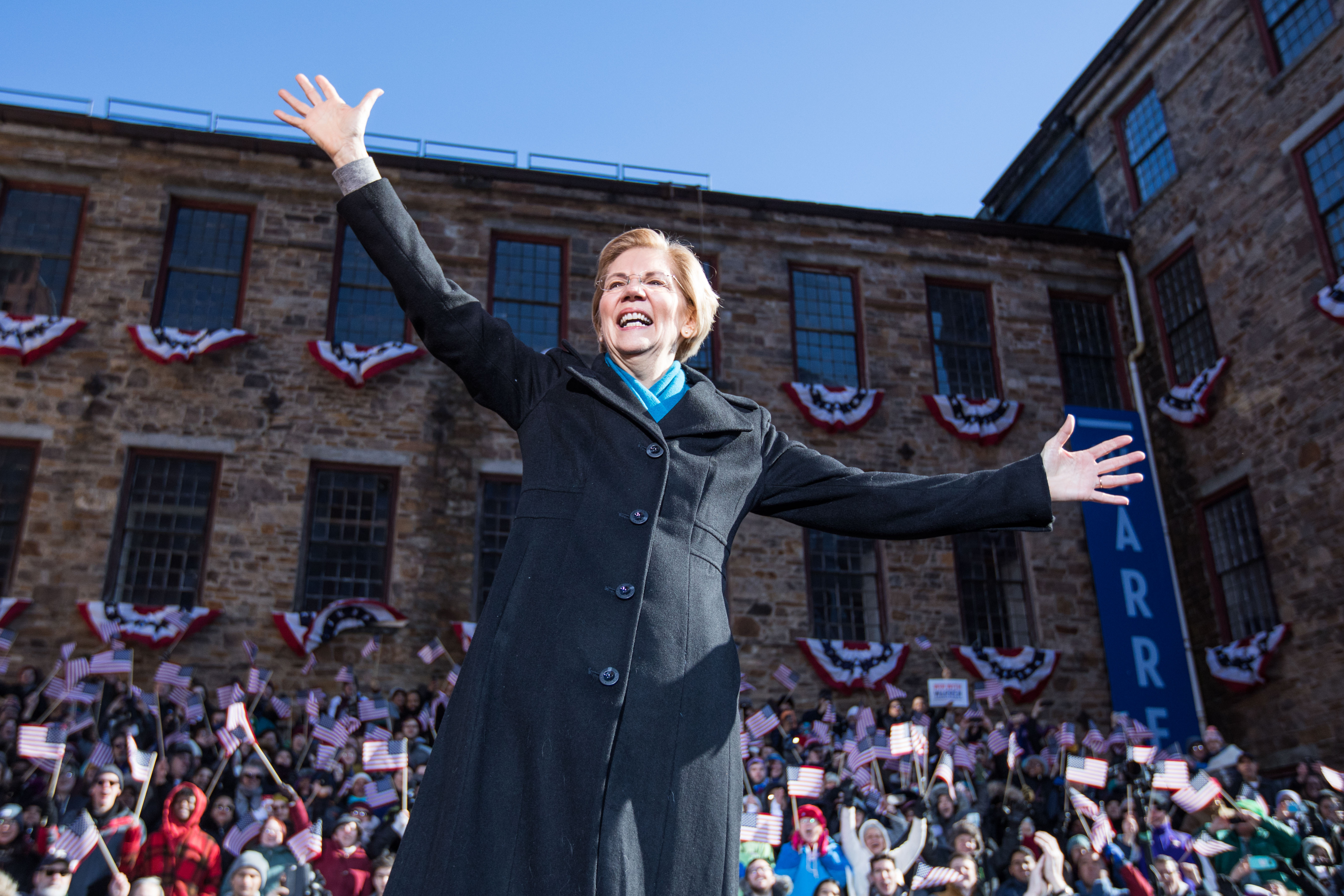 Despite Warren’s appearance of being critical of Wall Street and corporate giants, her financial history shows otherwise.

The Massachusetts senator’s 2017 financial disclosure statement revealed over $2 million in investments in a Fortune 100 financial services company called TIAA, which has $1 trillion in assets and whose CEO, Roger Ferguson, made $18.5 million in 2016. (RELATED: Warren’s Anti-Wall Street Rhetoric Doesn’t Exactly Agree With Her Lifestyle)

TIAA also came under fire in 2017 after the New York Times published a report calling out their practice of pushing “salespeople to promote its own products and services, which generate higher fees.” Warren lambasted Wells Fargo for similar actions.

The middle-class warrior also took advantage of a loophole “in a federal financial disclosure law for members of Congress” that allowed her to “withhold information about a high-limit line of credit against her Cambridge home with one of the country’s largest banks,” the Boston Herald reported in 2015.

Her history and relationships with banks and wealthy corporations may be questionable, but the 2020 candidate continues to campaign on “rebuilding” the middle class.

The ultra-rich have rigged our economy & rigged our tax rules. We need structural change. That’s why I’m proposing something brand-new: An annual wealth tax on the tippy-top 0.1%. We’d get $3 trillion in new revenue to invest in rebuilding the middle-class. Let’s make it happen. pic.twitter.com/B0ImiSTxez

“The ultra-rich have rigged our economy [and] rigged our tax rules,” she wrote on Twitter in January. “We need structural change. That’s why I’m proposing something brand-new: An annual wealth tax on the tippy-top 0.1%. We’d get $3 trillion in new revenue to invest in rebuilding the middle-class. Let’s make it happen.”