“Siri, what is a good show for when you are feeling sick and just want to lay in bed and passively watch something until the seamless matzah ball soup arrives? Perfect.”

“Kamala Harris ordered an iced coffee with oat milk. I asked why & she said because it was recommended, proceeded to ask the barista why oat milk, and we all got a lesson on why it’s more sustainable than almond milk #IACaucus.”  — Alexandra Jaffe, politics reporter, the AP. Harris is a Florida Democrat who is running for president.

D.C. publicist Sarah Selip cracked, “I too enjoy an iced coffee with oat milk. But can I get it without the granola hippie conspiracy?”

“Five years ago today I entered into psychiatric hospitalization at the GW Hospital. Mental health recovery and treatment are possible, even in a dog-eat-dog town like Washington. I am living proof. This fall risk is proudly standing all these years later, and you can too! … Journalists have mental health issues too. Many of us do! If you are struggling, know that this profession is not off limits for you. In fact, you can be a working reporter and Frasier binge-watcher.” — Brittany Shepherd, staff writer, Washingtonian.

Joan Walsh figures out way to spy on daughter at work

“Somehow I stumbled onto a social media portal (seriously, it was an accident) where I can spy on my daughter at work, and I feel like I should just click away, but I can’t! Is that wrong?” — Joan Walsh, CNN, The Nation.

Rudy Giuliani talks about Rep. Nadler’s ‘diarrhea of the mouth’

“Jerry Nadler is lashing out personally because on national tv it was easy to expose his bias. Jerry’s diarrhea of the mouth produced a year of statements showing pre-judgement.His lack of judiciousness was evident when he was overheard on Amtrak prematurely planning impeachment.” — Rudy Giuliani, lawyer to President Trump.

Two lawmakers in a fight

Rep. Illan Omar (D-Minn.): “This is dangerous incitement, given the death threats I face. I hope leaders of both parties will join me in condemning it. My love and commitment to our country and that of my colleagues should never be in question. We are ALL Americans!”

She tweeted this screenshot: 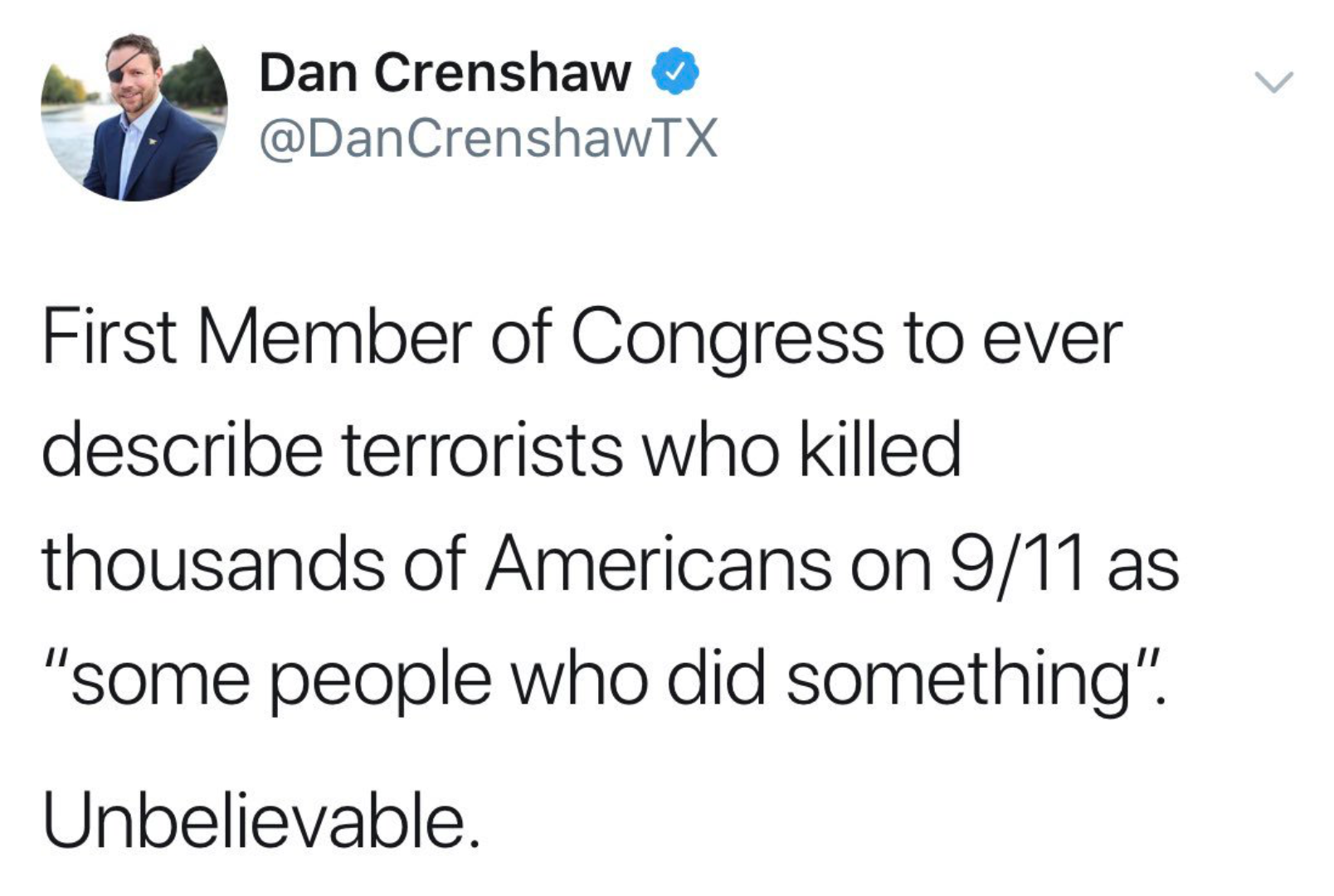 Rep. Dan Crenshaw (R-Texas): “1. I never called you un-American. 2. I did not incite any violence against you. 3. You described an act of terrorism on American soil that killed thousands of innocent lives as ‘some people did something.’ It’s still unbelievable, as is your response here.”

“Holy shit. I’m at the park with Rory and a kid just insulted another kid by saying ‘your mommas so fat Donald trump tried to use her as a border wall” and Im laughing so hard I can’t breathe. I don’t want to encourage this, but it’s so funny. They’re still going.” — Cassandra Fairbanks, reporter, The Gateway Pundit.

Journo finds ammo in her garage

“When my husband and I straightened up our garage this morning I found a brick of ammo! I thought I had depleted my stash. Apparently not. Means I’m even MORE ready for warm weather and the outdoor range.” — Beth Baumann, associate editor, Townhall.

NYT’s writes about Sen. Bernie Sander‘s weight loss. “He is thinner these days, having dropped 10 pounds on no particular diet — or at least none that he cares to share. (‘By not eating,’ he said, when asked how he did it.’)” Here.

Splinter night editor Sophie Weiner remarked, “I mean fuck the times but this is hilarious.”

“Apropos of nothing, liking tweets is not the same as communication. I could be subtweeting so many things rn. I love being subtweeted and it doesn’t happen enough.” — Lyz Lenz, Columbia Journalism Review.

Journo sought prayers for his baby boy — most obliged

“My son has a bump on his head that’s concerning enough for pediatrician to send us for an ultrasound. Hopefully nothing serious, but I’m a mess. …Would appreciate prayers much more than likes or RTs. I would be very grateful.There is nothing wrong with Twitter. It’s all in the way we CHOOSE to use it. Sometimes we choose to be terrible. In one of the scariest & most vulnerable moments in my life to date, I literally saw the very best of humanity on here. Twitter is capable of massive, massive good.” — Jason Howerton, TheBlaze. “Just finally getting around to reading the HUNDREDS and hundreds of people who prayed for my little boy today… I could ugly cry right now. I love y’all. This makes us family.”

Update: “We heard back from doc after sonogram. IT’S NOT CANCER OR ANYTHING HORRIFIC.”