The Medical Aid in Dying for the Terminally Ill Act passed the state Assembly by a vote of 41-33, and the state Senate approved the legislation 21-16.

“Allowing residents with terminal illnesses to make end-of-life choices for themselves is the right thing to do,” Murphy said in an official statement Friday announcing the signing. “By signing this bill today, we are providing terminally ill patients and their families with the humanity, dignity, and respect that they so richly deserve at the most difficult times any of us will face.”

Today’s bill signing will make NJ the eighth state to allow terminally ill patients the dignity to make their own end-of-life decisions – including medical aid in dying.

We must give these patients the humanity, respect, and compassion they deserve.https://t.co/iu2X7wOkDF pic.twitter.com/lY5nwXHPHk

The law applies to adult patients who are terminally ill and fully capable of making an informed decision. They may self-administer lethal medication only after counseling and officially requesting medication from a licensed physician.

The law “affirms the right of a 18 qualified terminally ill patient, protected by appropriate safeguards, to obtain medication that the patient may choose to self-administer in order to bring about the patient’s humane and dignified death,” the legislation reads.

“This will provide a humane choice for terminally-ill patients who are experiencing tremendous suffering and pain. It offers the freedom of choice for those with no hope of surviving beyond six months to end their suffering in a dignified way,” Senate President Steve Sweeney said.

The law comes after The American Academy of Family Physicians (AAFP) announced in October 2018 that it no longer opposes physician-assisted suicide, instead taking a neutral position on the matter. 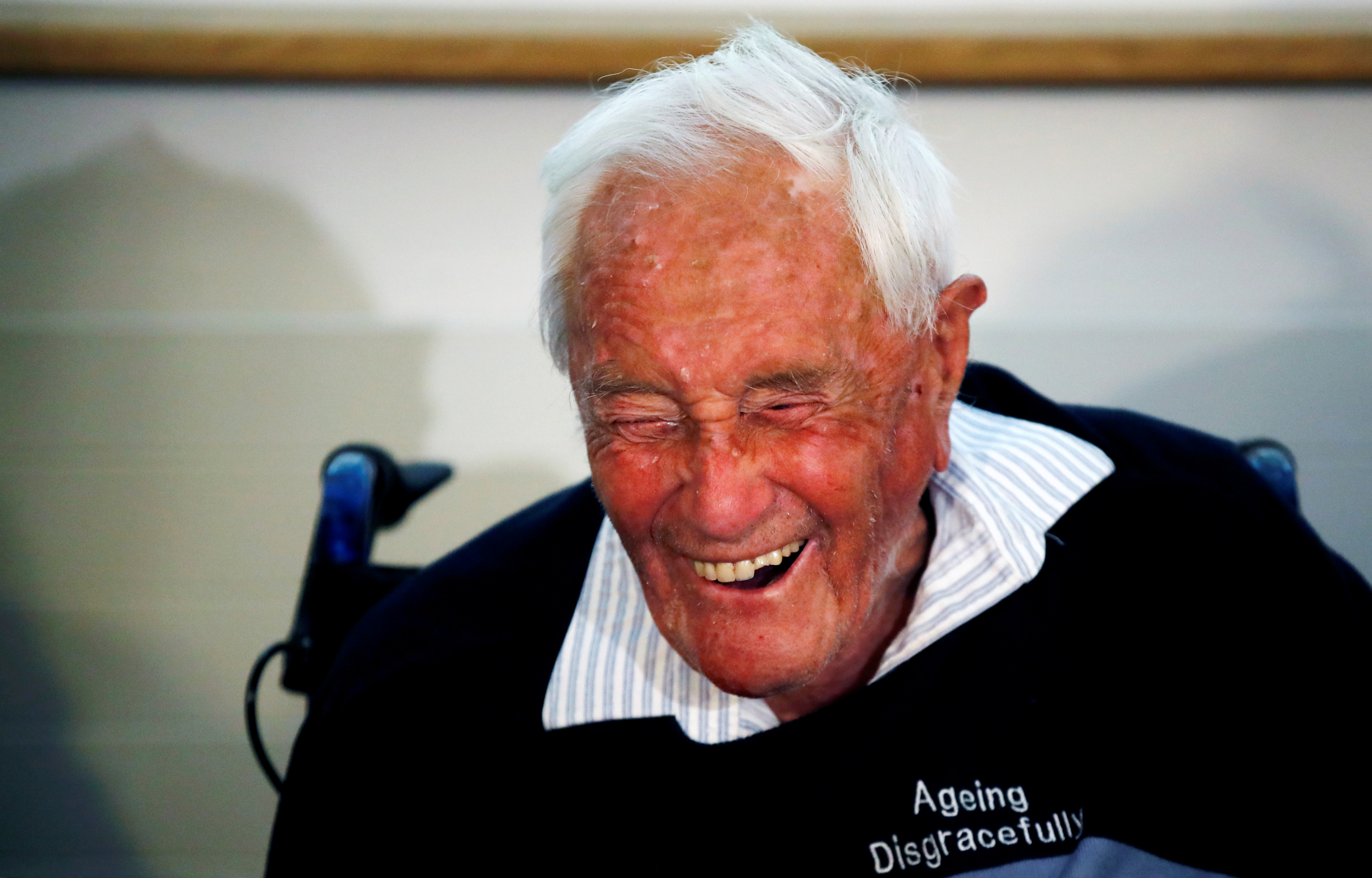 David Goodall, 104, reacts during a news conference a day before he intends to take his own life in assisted suicide, in Basel, Switzerland May 9, 2018. REUTERS/Stefan Wermuth

“With the signing of this bill to legalize assisted suicide, many vulnerable New Jerseyans are now at risk of deadly harm through mistakes, coercion, and abuse,” Patients Rights Action Fund Executive Director Matt Valliere said Friday lamenting the bill’s passage, according to a press release. “They are already at a disadvantage when they try to gain equal access to healthcare, and this law will only increase the challenges they face.” (RELATED: 38-Year-Old Woman With Autism Was Euthanized In Belgium. Authorities Are Investigating Improper Poisoning)

California, Vermont, Washington, Colorado, Hawaii, Oregon and the District of Columbia all have “aid in dying” laws permitting terminally ill patients to commit suicide with the help of a physician.

Assisted suicide in the Netherlands is legal for anyone who suffers from physical or mental illness and has an advanced directive or has received parental consent if they are younger than 16.