Commentary magazine editor-at-large Norman Podhoretz, once a staunch opponent of President Donald Trump and much of what he campaigned on, described how he slowly changed his mind on immigration, Trump and a host of other issues, in a revealing interview published this week.

Speaking with Claremont Review of Books’ Charles Kesler in an interview to appear in the forthcoming Spring issue of the publication, the 89-year-old Podhoretz, father of writer John Podhoretz and one of the chief intellectuals behind the rise of so-called neoconservatism, vehemently “disliked” Trump when he first announced his candidacy. But as time went by and events unfolded, his mind slowly began to change, as did his friendships with former neoconservative fellow travelers, whose intransigence soon “disgusted” him.

It didn’t take long for Podhoretz to go from anti-Trump to “anti-anti-Trump.”

As time went on, and I looked around me, however, I began to be bothered by the hatred that was building up against Trump from my soon to be new set of ex-friends. It really disgusted me. I just thought it had no objective correlative. You could think that he was unfit for office — I could understand that — but my ex-friends’ revulsion was always accompanied by attacks on the people who supported him. They called them dishonorable, or opportunists, or cowards — and this was done by people like Bret Stephens, Bill Kristol, and various others. And I took offense at that. So that inclined me to what I then became: anti-anti-Trump. By the time he finally won the nomination, I was sliding into a pro-Trump position, which has grown stronger and more passionate as time has gone on. 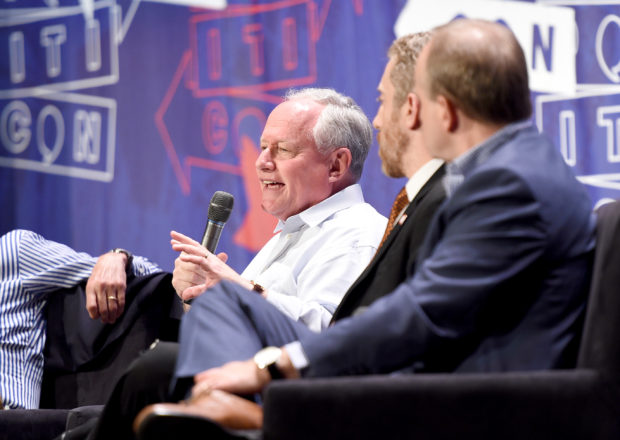 Podhoretz also has experienced an about-face on immigration, one of Trump’s key issues. Once “pro-immigration” because he was a “child of immigrants,” he was “very reluctant to join in Trump’s skepticism about the virtues of immigration.” (RELATED: Tucker Carlson: America’s Elites Want ‘Immigration Without Limit’)

What has changed my mind about immigration now—even legal immigration—is that our culture has weakened to the point where it’s no longer attractive enough for people to want to assimilate to, and we don’t insist that they do assimilate. When I was a kid, I lived in a neighborhood that had immigrant Jews, immigrant Italians (mainly from Sicily), and immigrant blacks—that is, they had come up from the South recently. It was incidentally one of the things that made me a lifelong skeptic about integration because far from understanding each other and getting to know each other, all we did was fight.

The former neoconservative, who now considers himself a “paleo-neoconservative,” described a teacher putting him in a “remedial speech class” to correct his strong Yiddish accent. He considered it a “favor.”

“Now, if anyone did that now, federal marshals would materialize out of the wall and arrest them for cultural genocide,” he said.

The war we’re fighting today, Podhoretz said, is a war of “love of America versus hatred of America.”

We find ourselves in a domestic, or civil, war almost. The only way I know out of this is to fight it intellectually, which sounds weak. But the fact that Trump was elected is a kind of miracle. I now believe he’s an unworthy vessel chosen by God to save us from the evil on the Left … Trump, with all his vices, has the necessary virtues and strength to fight the fight that needs to be fought. And if he doesn’t win in 2020, I would despair of the future.