President Donald Trump and Attorney General Bill Barr were both accused of collusion by MSNBC’s Chuck Todd when it surfaced that Trump’s personal counsel read a final version of the redacted special counsel report before it was publicly released. Barr told reporters Thursday it was completely lawful.

“Earlier this week, the president’s personal counsel requested and were given the opportunity to read a final version of the redacted report before it was publicly released,” Barr said. “That request was consistent with the practice followed under the Ethics in Government Act, which permitted individuals named in a report prepared by an Independent Counsel the opportunity to read the report before publication.” (RELATED: Attorney General Barr Releases Redacted Mueller Report)

“The president’s personal lawyers were not permitted to make, and did not request any redactions,” he added.

The Ethics in Government Act was passed in 1978 following the Nixon Watergate scandal and the Saturday Night Massacre. (RELATED: AG Barr: ‘Bottom Line’ From Mueller Report Is ‘No Collusion’) 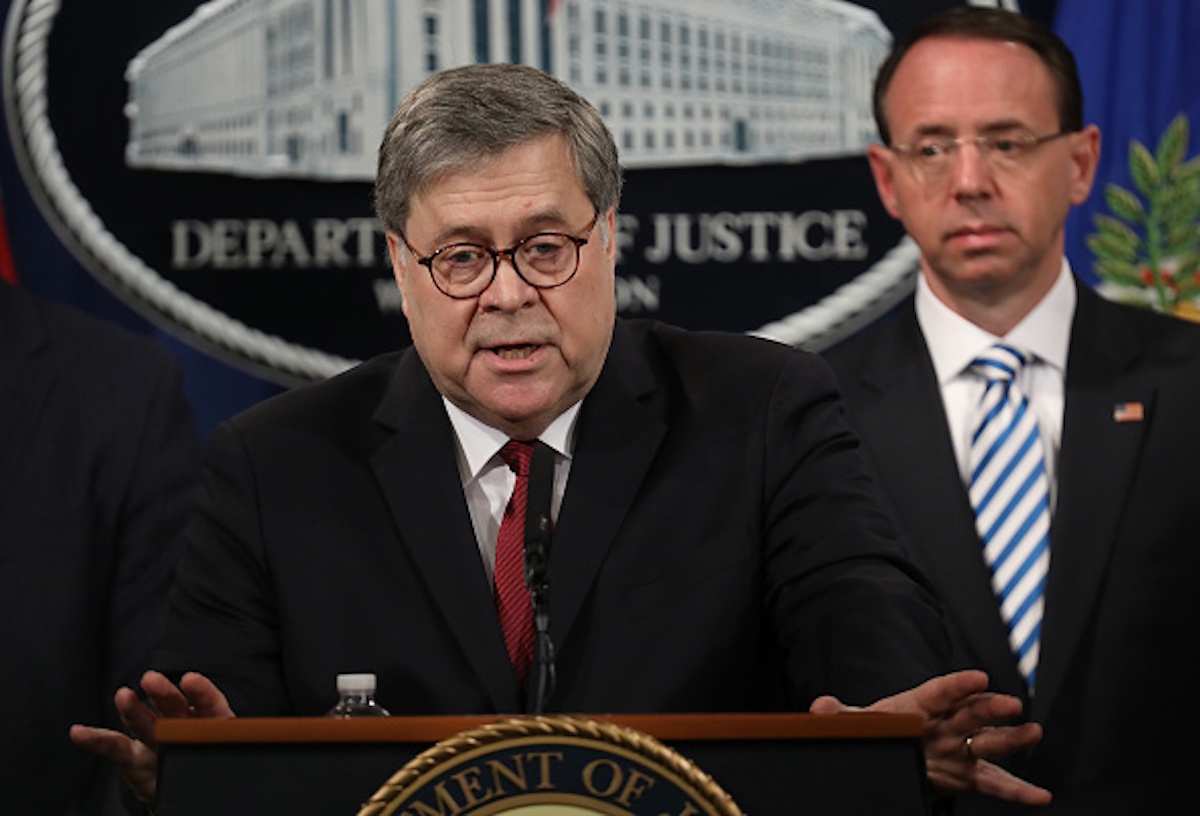 WASHINGTON, DC – APRIL 18: U.S. Attorney General William Barr speaks during a press conference on the release of the redacted version of the Mueller report at the Department of Justice April 18, 2019 in Washington, DC. Members of Congress are expected to receive copies of the report later this morning with the report being released publicly soon after. Also pictured is Deputy Attorney General Rod Rosenstein. (Photo by Win McNamee/Getty Images)

The New York Times reported Wednesday that the Justice Department had “numerous conversations with White House lawyers about the conclusions made by Mr. Mueller, the special counsel, in recent days, according to people with knowledge of the discussions. The talks have aided the president’s legal team as it prepares a rebuttal to the report and strategizes for the coming public war over its findings.”

Todd referenced the piece on his show Wednesday without mentioning the Ethics in Government Act and tore into the White House and Barr.

“I don’t know what you want to call it. Shamelessness, hubris, whatever it is,” Todd said. “But the fact that had any Democrat tried anything like this, the impeachment hearings would be—I mean, when Barack Obama on 60 Minutes said, ‘You know, these emails… it doesn’t look like there’s much there there.’ ‘Oh, my God. He can’t speak about a criminal investigation.

Barr also offered a bipartisan group of leaders from several Congressional committees a version of the report with all the redactions removed except those relating to grand-jury information.

“Thus, these members of Congress will be able to see all of the redacted material for themselves – with the limited exception of that which, by law, cannot be shared,” he said.