Attorney General William Barr released a redacted version of special counsel Robert Mueller’s report Thursday, which showed that neither President Donald Trump nor members of his campaign colluded with the Russian government to influence the 2016 election.

Mueller also investigated 10 potential episodes of obstruction of justice by Trump. Barr said he did not find sufficient evidence to charge Trump for that offense after Mueller left that decision up to his office.

The roughly 400-page document was posted online Thursday morning after Barr gave a press conference. The report said there was “not sufficient” evidence “to charge any Trump campaign official as an unregistered agent of the Russian government or other Russian principal.” (RELATED: Here’s What Mueller Found (Or Didn’t Find) On Collusion) 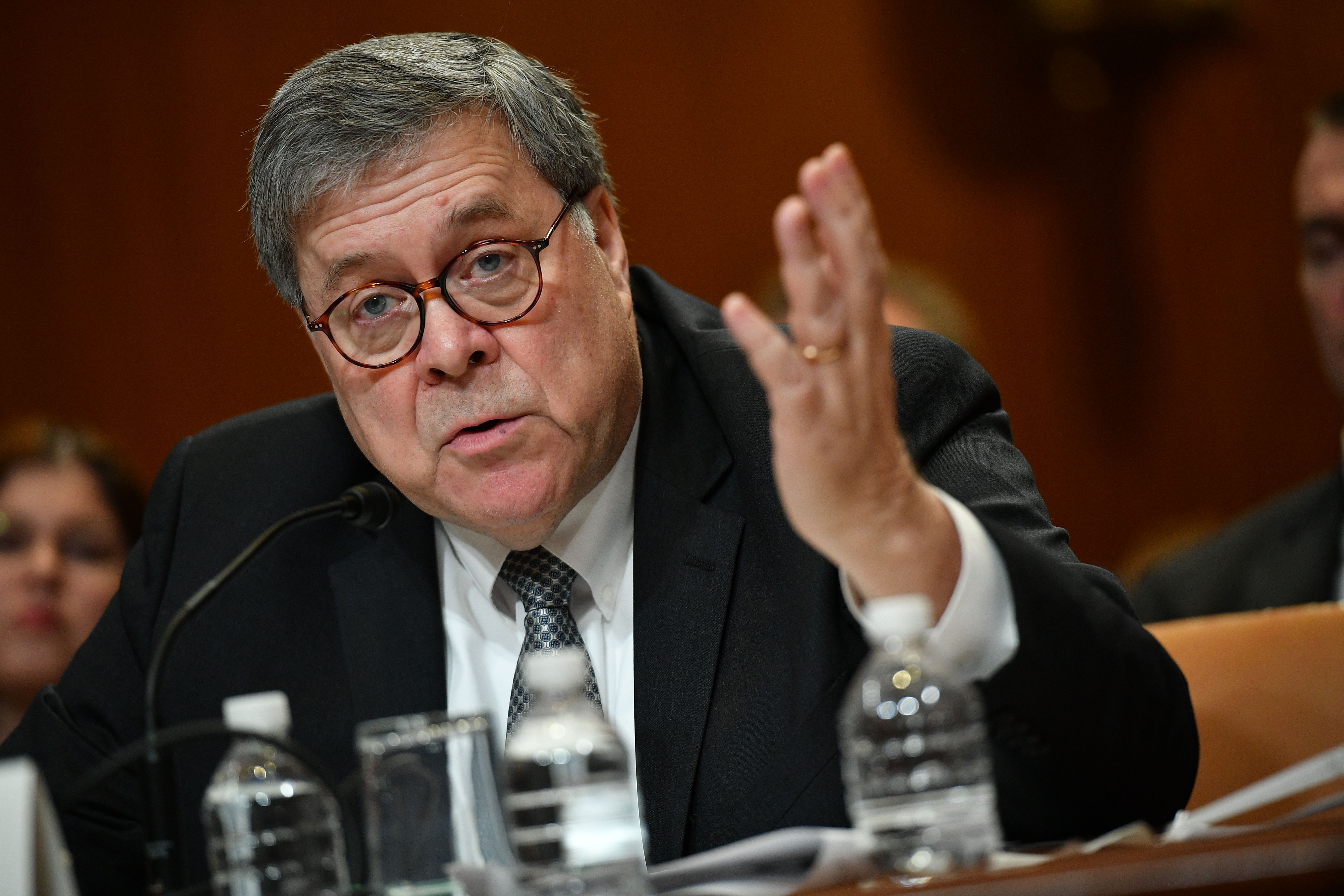 Is The President Exonerated Of Obstruction Of Justice Charges?

The short answer is no, but the report does not conclude that he obstructed justice either. That gray area hinges on the fact that Mueller’s team is not making a “traditional prosecutorial judgment,” according to the report.

“[I]f we had confidence after a thorough investigation of the facts that the President clearly did not commit obstruction of justice, we would so state. Based on the facts and the applicable legal standards, we are unable to reach that judgment,” Mueller’s team wrote.

It should also be noted that the evidence of potential “obstruction of justice” by Trump in the report is largely previously reported actions, and comments expressing frustration about being the target of an investigation whose predicate — collusion with Russia — would later be found to be baseless, according to the report.

The report details instances of contact between Russians, WikiLeaks and the 2016 Trump campaign, but contact is not the same as conspiracy. Mueller was unable to establish that members of the Trump campaign conspired with Russians, operated as foreign agents of Russia or violated campaign finance laws during the infamous June 2016 Trump Tower meeting.

Mueller and his team also looked at whether any Trump associates — including Paul Manafort, Carter Page and George Papadopoulos — operated as unregistered Russian agents. The investigation also considered whether a meeting held at Trump Tower with a group of Russians during the campaign violated campaign finance laws. On all counts, Mueller was unable to gather the evidence necessary to press charges in any of those areas.

Mueller’s team did not find evidence that Page conspired with the Russian government or acting as an illegal Russian agent, as suggested in the infamous Steele dossier. In fact, the dossier, which served as the FBI’s roadmap to its investigation into Trump campaign collusion, is barely mentioned in the special counsel’s report. The few references to the dossier contained in the report undercut many of the claims in the salacious document.

What Were The Russians Doing?

Much of the report centers on the Internet Research Agency (IRA), a Russian organization that tried “to provoke and amplify political and social discord in the United States” through methods including social media campaigns, according to Mueller’s team.

“The campaign evolved from a generalized program designed in 2014 and 2015 to undermine the U.S. electoral system, to a targeted operation that by early 2016 favored candidate Trump and disparaged candidate [Hillary] Clinton,” according to Mueller’s report.

The Russian government also released “hacked materials damaging to the Clinton Campaign” and Russia-linked professor Joseph Mifsud made contact with Trump campaign foreign policy advisor Papadopoulos. Papadopoulos ended up spending 14 days in jail for lying to the FBI, not conspiracy. 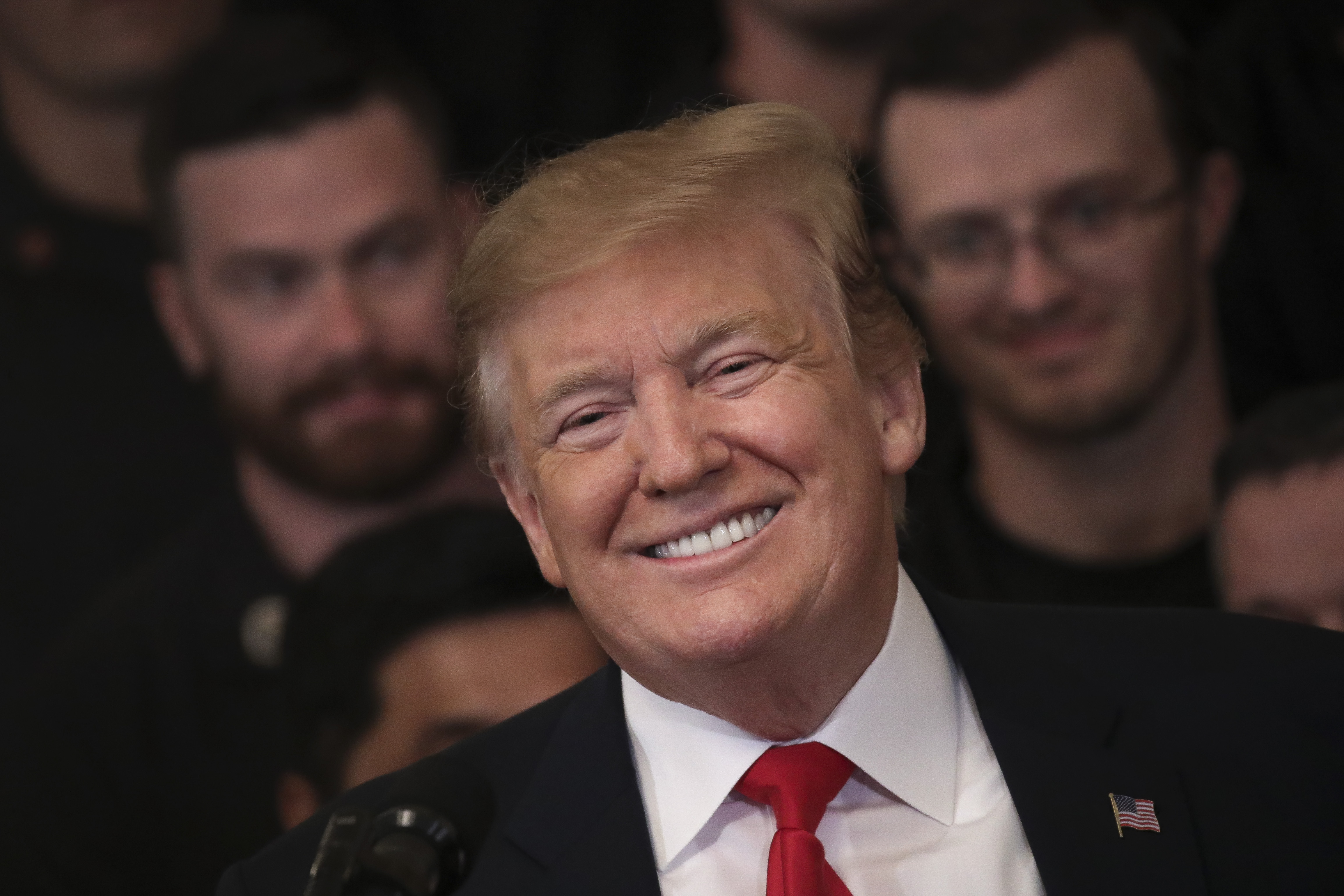 Russian intelligence service GRU used WikiLeaks, which also opposed Clinton, to release documents stolen from her allies like the Democratic National Committee in 2016, according to the report. WikiLeaks also started publishing stolen emails from Clinton campaign chair John Podesta an hour after the publication of the Access Hollywood tape that was expected to “adversely” affect the Trump campaign, according to the report. That publication came after the 2016 Trump campaign had “showed interest” and “welcomed” WikiLeaks’s release of documents.

We Learned More About Trump’s Reaction To The Investigation

The report reveals Trump worried the Mueller probe would paralyze him domestically and abroad. When told by former Attorney General Jeff Sessions that a Special Counsel had been appointed, Trump reportedly “slumped back in his chair.”

“Oh my God. This is terrible. This is the end of my Presidency. I’m fucked,” Trump reportedly said.

The president wanted then-FBI Director James Comey to announce that Trump was not under investigation. In meetings with Comey, Trump referred several times to the FBI director’s “loyalty,” according to the report.

Trump attempted to influence Mueller’s investigation, but ultimately failed because aides refused to comply with his orders, according to the report. It detailed instances in which top White House aides or executive branch officials refused to obey Trump’s directives respecting the investigation.

“The evidence we obtained would not support potential obstruction charges against the president’s aides and associates beyond those already filed,” the report stated.

Ultimately, Mueller never subpoenaed the president for an interview. The special counsel declined because such a move would likely have been time-consuming and yielded little to no new information, according to the report. Trump had declined a voluntary interview.

Mueller’s investigation began in May 2017 and has been referenced as part of unsubstantiated media frenzy that Trump worked with the Russian government to steal the presidency and could be guilty of obstructing justice.

Mueller’s wrap-up comes after months of Trump impeachment talk from Democrats, including House Intelligence Committee Chair Adam Schiff. The California Democrat has long claimed Trump lied about the Trump Tower meeting between his son Donald Trump Jr. and Russians who claimed to have dirt on Hillary Clinton in June 2016. New evidence has refuted this theory.

The impeachment talk might not go away for a while. Schiff said in March that “there may be grounds” for impeaching Trump if Mueller’s report contained no incriminating evidence.