“As we continue to review the report, one thing is clear: Attorney General Barr presented a conclusion that the president did not obstruct justice while Mueller’s report appears to undercut that finding,” they added. (RELATED: Trump Wanted An Attorney General He Could Tell ‘Who To Investigate’) 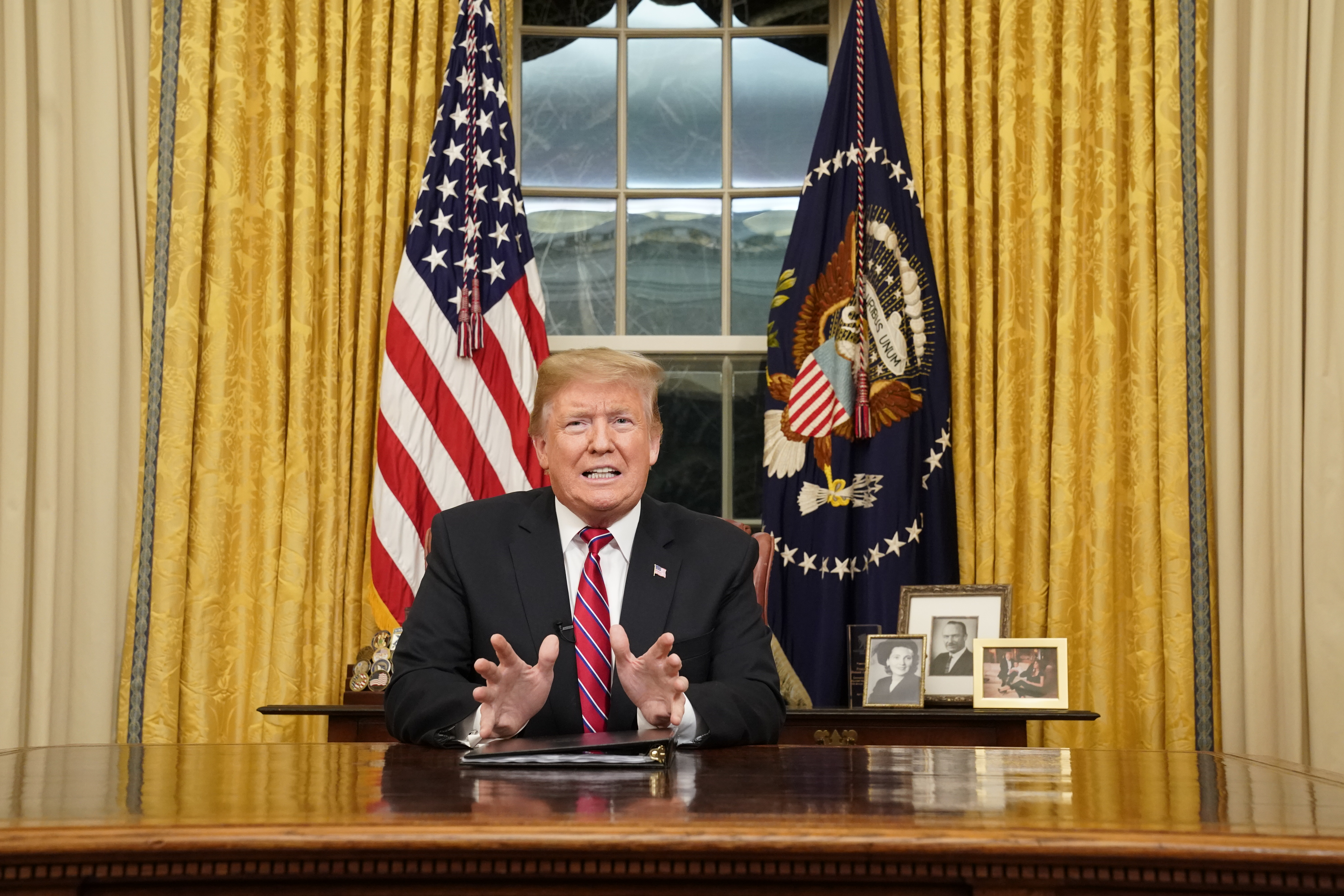 U.S. President Donald Trump speaks to the nation in his first-prime address from the Oval Office … (Photo by Carlos Barria-Pool/Getty Images)

The report cited 10 instances surrounding questions of Trump and obstruction of justice including: Conduct involving FBI Director James Comey and Michael Flynn, the president’s reaction to the continuing Russia investigation, the president’s termination of Comey, the appointment of a special counsel and efforts to remove him, and efforts to curtail the special counsel’s investigation.

The Justice Department came to the conclusion that “evidence developed is not sufficient to establish the president committed an obstruction of justice offense,” Barr said to reporters today.

“Although the deputy attorney general and I disagreed with some of the Special Counsel’s legal theories and felt that some of the episodes examined did not amount to obstruction as a matter of law, we did not rely solely on that in making our decision,” Barr added.

Democrats called on Mueller to testify before Congress after the Justice Department released his redacted report to the public earlier this morning. Barr told reporters during his press conference he has “no objection” to Mueller testifying.

The attorney general noted that an unredacted version of the report without grand jury information of the special counsel’s report would be available to a small bipartisan group of lawmakers in leadership posts.