President Donald Trump allegedly wanted an attorney general he could tell “who to investigate,” according to special counsel Robert Mueller’s report.

When Trump heard about former Attorney General Jeff Sessions’ decision to recuse himself from the Russia investigation, he was allegedly “furious,” saying he wanted someone in the position who would protect him the way he thought Robert Kennedy and Eric Holder protected their respective presidents. He also added he wanted someone he could tell “who to investigate,” according to the report, which was released Thursday. 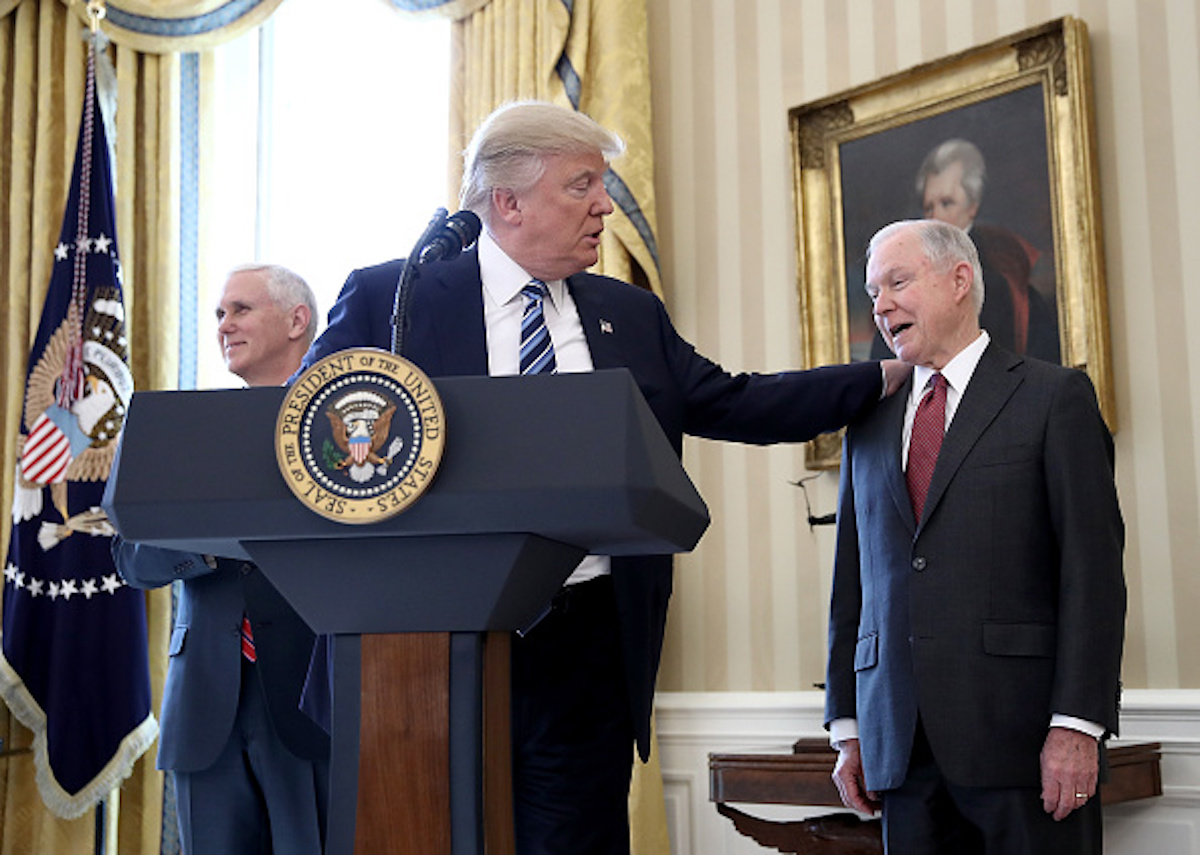 President Donald Trump put his hand on the shoulder of Sen. Jeff Sessions after introducing him before Sessions’s swearing in ceremony in the Oval Office of the White House February 9, 2017 in Washington, DC. (Photo by Win McNamee/Getty Images)

“You’re telling me that Bobby and Jack didn’t talk about investigations? Or Obama didn’t tell Eric Holder who to investigate?” Trump told former strategist Steve Bannon and former counsel Donald McGahn, according to the report. (RELATED: Trump Says He Is Going To Keep Sessions As Attorney General Until After Midterm Elections)

Trump continued to criticize Sessions before firing him in November 2018.