But although the progressive caucus’s relationship with the outside charity group “seems like a clear violation of the rule,” there likely won’t be any consequences anytime soon, Acton Institute editor Joe Carter, who has researched congressional caucuses, told TheDCNF.

“Article 1, section 5, clause 2 of the U.S. Constitution says that, ‘Each House may … punish its Members for disorderly Behaviour, and, with the Concurrence of two thirds, expel a Member,'” Carter said. “Based on previous history, the most severe punishment would likely be censure or reprimand of the leaders” of the progressive caucus.

“But that isn’t likely to happen under Speaker [Nancy] Pelosi,” he continued. “The most that will happen—if any action is even taken—is that they will have to promise to do a better job of complying with the rules in the future.”

The House Ethics Committee, House Administration Committee and House General Counsel all declined to comment for this story.

Progressive caucus co-chairs Reps. Mark Pocan of Wisconsin and Pramila Jayapal of Washington appeared at a town hall event in February where Pocan said the CPCC would be funding staffers to work for the caucus.

“In the last year and a half, Pramila and I have been building an outside 501(c)(3) entity with a lot of great friends and partners,” Pocan said. “We’ve raised several million dollars to have a progressive infrastructure to work with all the progressive groups so that we truly are one fluid movement.”

It’s unclear who’s funding the CPCC: As a 501(c)(3) organization, the IRS does not require it to disclose its donors’ identities.

“We have had one staff person for the longest time for the progressive caucus — Mike Darner — and then … we had two staff people,” Pocan continued.

Conservative political law attorney Cleta Mitchell told TheDCNF: “This whole scheme is a direct violation of federal law requiring Congress to utilize only appropriated funds for its operations. There are so many legal issues with this setup: violations of federal law, violations of House rules, and complete disregard of the rule of law.”

Mitchell said the CPCC providing staff for the caucus violates both federal law and House ethics rules on “unofficial office accounts.” The rule, which was codified into federal law in 1991, prohibits the use of private donations to support the activities of a congressional office, which, according to Pocan, the CPCC is doing for his caucus.

“There are strict rules regarding what funds are allowed to supplement the allocation of tax dollars to member offices and official duties,” Mitchell told TheDCNF.

She alleged that the CPCC is violating the tax code by leveraging its charitable resources to exclusively benefit the progressive caucus.

“It is a violation of the tax code, which requires an exempt organization to serve the general public, not serving as staffers for a small group of members of Congress from one political party,” Mitchell said.

CPCC communication director Jessica Juarez Scruggs said the charity “complies with all House rules and federal laws” when asked for comment. She did not comment further.

The progressive caucus revolted against a budget bill in early April, contributing to forcing Pelosi to abandon plans for a vote. (RELATED: House Democrats Cancel Budget Vote Due To Divided Party)

“This is a big victory in that it became clear that without real, strong progressive inclusion into the process of a bill, we’re not going to be able to get there,” Jayapal told reporters after the budget vote was abandoned. “We have to make sure our priorities are taken into account.”

The CPCC announced in October it raised $1.5 million to fund a nine-person staff to support the progressive caucus outside the halls of Congress and three to five fellows to work in caucus members’ offices “to advance progressive policy goals while gaining substantive legislative experience.”

The CPCC is dedicated to “drafting, amending and shepherding progressive legislation from start to finish and keeping the Congressional Progressive Caucus on track to promote and support it,” The Nation reported in January. The charity also funds fellows who work within the offices of caucus members and help push “specific pieces of high-priority legislation.”

Jayapal, who Pocan said was directly involved in fundraising for the CPCC, had brought on a fellow to work in her office to work on a Medicare for All bill, The Nation reported.

While outside groups can fund fellows to work in congressional offices, House ethics rules state that members “may not raise or disburse funds for programs that place interns or fellows in their own offices” and that the programs should be “primarily of educational benefit to the participant.” 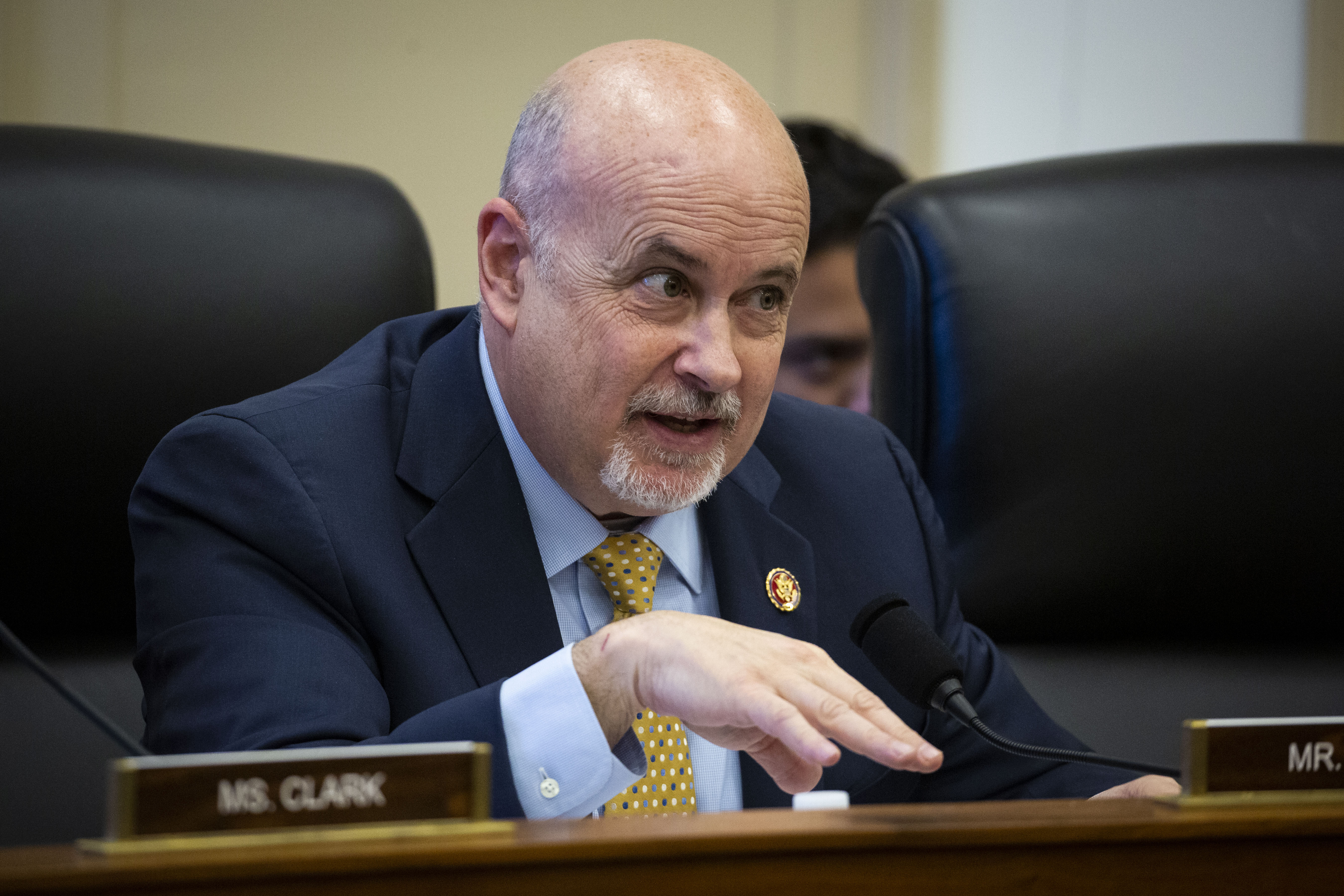 Carter, the Acton Institute editor, said the CPCC’s funding of fellows to work on specific policy issues “seems like a clear violation of the rule.”

“I think it’s probably one of those things they just figured nobody is going to care enough to call them out on it,” Carter added.

Other Caucuses Could Also Be Violating The Rules

An associate professor of political science at George Mason University who co-authored a 2013 book on congressional caucuses, Jennifer Victor, said her research indicated the progressive caucus likely isn’t alone in using an outside group to advance its legislative goals.

“If you talk to the Committee on House Administration and also the House Ethics Committee, what they will tell you is outside groups cannot provide any funds to caucuses at all,” Victor told TheDCNF. “They can’t give them money, they can’t maintain membership lists, stuff like that.”

“And then you go and talk to the caucuses or the outside groups that support the caucuses, and they will tell you, ‘We maintain membership lists,'” Victor said. “We were getting exactly directly contradictory information.”

“I don’t think it’s partisan — it’s a caucus thing, not a party thing,” she added. “You’re picking up on it in the progressive caucus, but I can pretty much guarantee you that it has nothing to do with progressives or Democrats, this is just the way caucuses operate.”

While there were over 500 registered caucuses with the House Administration Committee in the 2017-2018 Congress, the progressive caucus was one of less than a dozen so-called ideological caucuses representing an organized political faction with a wide set of legislative goals.

TheDCNF’s investigation found only one other ideological caucus linked to a nonprofit group: the Republican Main Street Congressional Caucus, which was active from 2017 through early 2019.

The Republican Main Street Partnership (RMSP) is a 501(c)(4) nonprofit organization and counts 50 Republican representatives as its members. The group’s president, Sarah Chamberlain, told The Washingtonian in 2017 that her group helped usher two specific pieces of legislation through Congress: a mental health bill and an opioid addiction bill.

When asked to clarify the role the RMSP plays in drafting and shepherding legislation through Congress, Chamberlain told TheDCNF the nonprofit provides support such as “informational resources like white papers for its members to help inform and pass legislative landmarks.”

Mitchell, the political law attorney, said outside groups are allowed to provide educational materials to lawmakers, but the line is crossed when a group provides outside staff to support a congressional office like the progressive caucus states it’s doing with the CPCC.

“It is not unusual for a policy group to occasionally suggest language for an amendment or legislation, but the issue here is whether this group does so on an ongoing basis. That would rise to the level of providing outside staff support for a congressional office, which is illegal,” Mitchell told TheDCNF.

“Never are they supposed to be drafting legislation and amendments and just feeding those to congressional offices to be introduced,” she continued. “That is the line.”

TheDCNF didn’t find any indication that the RMSP used outside resources to fund staffers for its congressional members.

The progressive caucus did not respond to multiple requests for comment, nor did Pocan nor Jayapal.