The Northern Ireland Police Service announced the arrest of the 57-year-old woman in connection with the shooting of journalist Lyra McKee at a confrontation between police and pro-New IRA protesters Thursday evening.

The New IRA issued a statement Tuesday claiming the woman as one of their “volunteers” and admitting that she shot McKee, 29, while the journalist was “standing beside enemy forces,” meaning police, The Associated Press reported. (RELATED: Police Suspect IRA Group Responsible In Death Of Journalist Covering Riots)

“In the course of attacking the enemy Lyra McKee was tragically killed while standing beside enemy forces,” the New IRA’s statement read, according to The Irish Times. “The IRA offer our full and sincere apologies to the partner, family and friends of Lyra McKee for her death.”

“On Thursday night, following an incursion on the Creggan by heavily armed British crown forces which provoked rioting, the IRA deployed our volunteers to engage,” the statement added. “We have instructed our volunteers to take the utmost care in future when engaging the enemy, and put in place measures to help ensure this.”

Police believe the woman who fired a gun during the rioting on April 18 had the New IRA’s support in doing so. While the IRA has officially disarmed since the 1998 peace accord known as the Good Friday Agreement, the New IRA rejects the agreement. 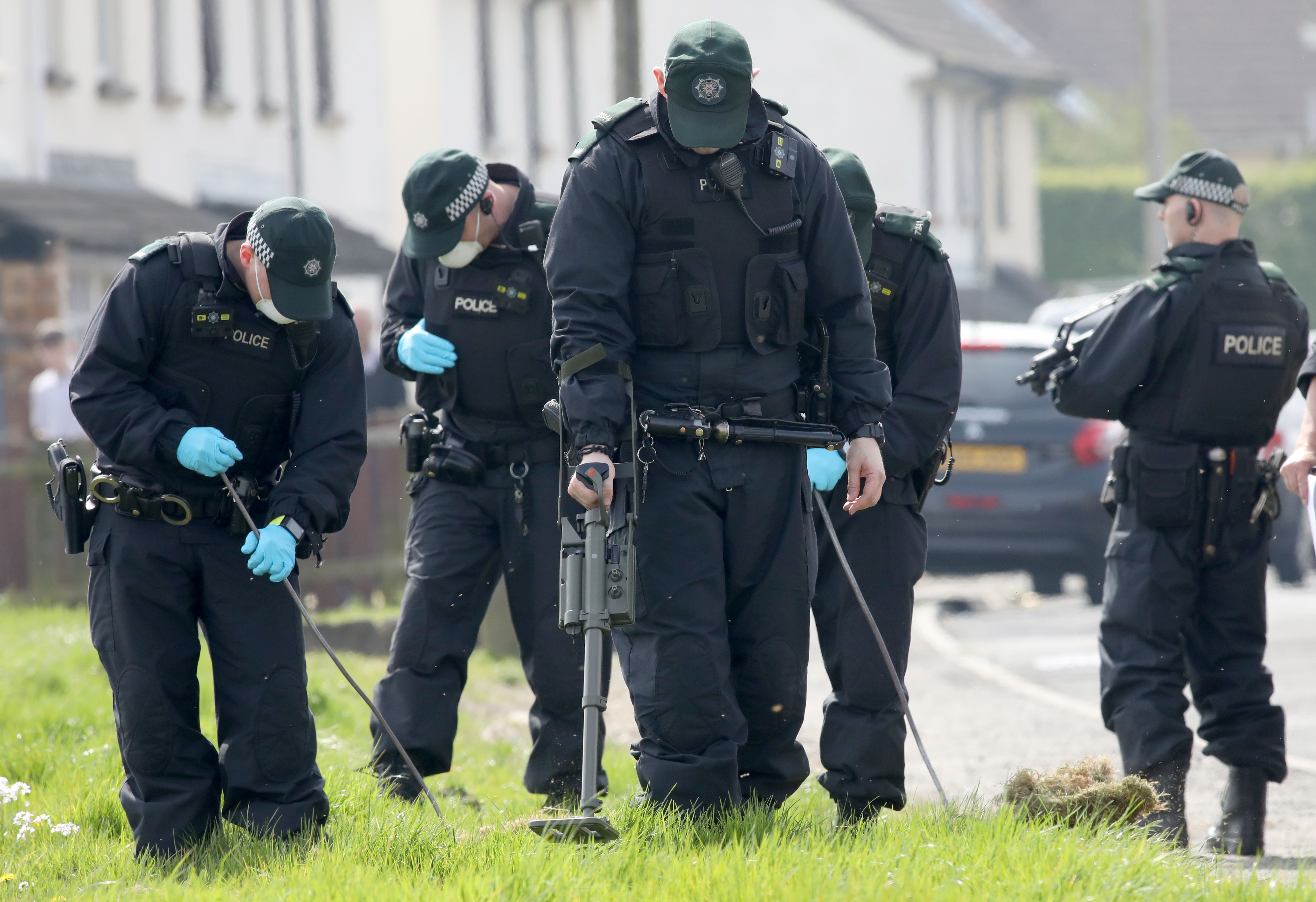 Police officers search waste ground near the scene in the Creggan area of Derry (Londonderry) in Northern Ireland on April 20, 2019 where journalist Lyra McKee was fatally shot amid rioting on April 18. (PAUL FAITH/AFP/Getty Images)

The rioting began when police initiated a search for dissidents and weapons in Londonderry’s Creggan neighborhood. Upon their arrival, New IRA supporters hurled Molotov cocktails and other objects at police, while a figure in a black mask fired several gunshots at the officers and then fled the scene. The gunman shot McKee in the head but hit no police officers.

Northern Irish politicians decried the New IRA’s apology as a sham and called for the group to leave Northern Ireland.

“Their so-called instruction to their ‘volunteers’ to ‘take the utmost care’ when engaging in violence is utterly sickening and devoid of any humanity,” said Colum Eastwood, leader of the Social Democratic and Labour Party.

“First, their spokespeople dismissed Lyra McKee’s murder as an ‘accident.’ Now, the New IRA accept responsibility for her murder, while asking their members to be more careful when trying to murder people in future,” Long said.

“To be clear, killing a police officer is every bit as wrong as killing a journalist. Both are there doing their job. Both of them have families who care about them. Neither deserve to be shot in cold blood,” she added. “With every statement they merely expose themselves further.”