Saudi Arabia executed 37 people, most of them Shiites — or people who practice Shia Islam — and publicly pinned one of the bodies and its severed head to a pole for terrorism-related crimes on Tuesday.

Ratified by Saudi Arabian King Salman, the executions took place across the country and were in accordance with Islamic Law, according to the country’s Interior Ministry who used language that indicated they were all beheadings.

Those who were executed were found guilty by the Specialized Criminal Court of attacking security installations, killing a number of security officials and working with enemy organizations against the country’s interest. (RELATED: Saudi Arabia: Khashoggi Murder Was ‘Premeditated’) 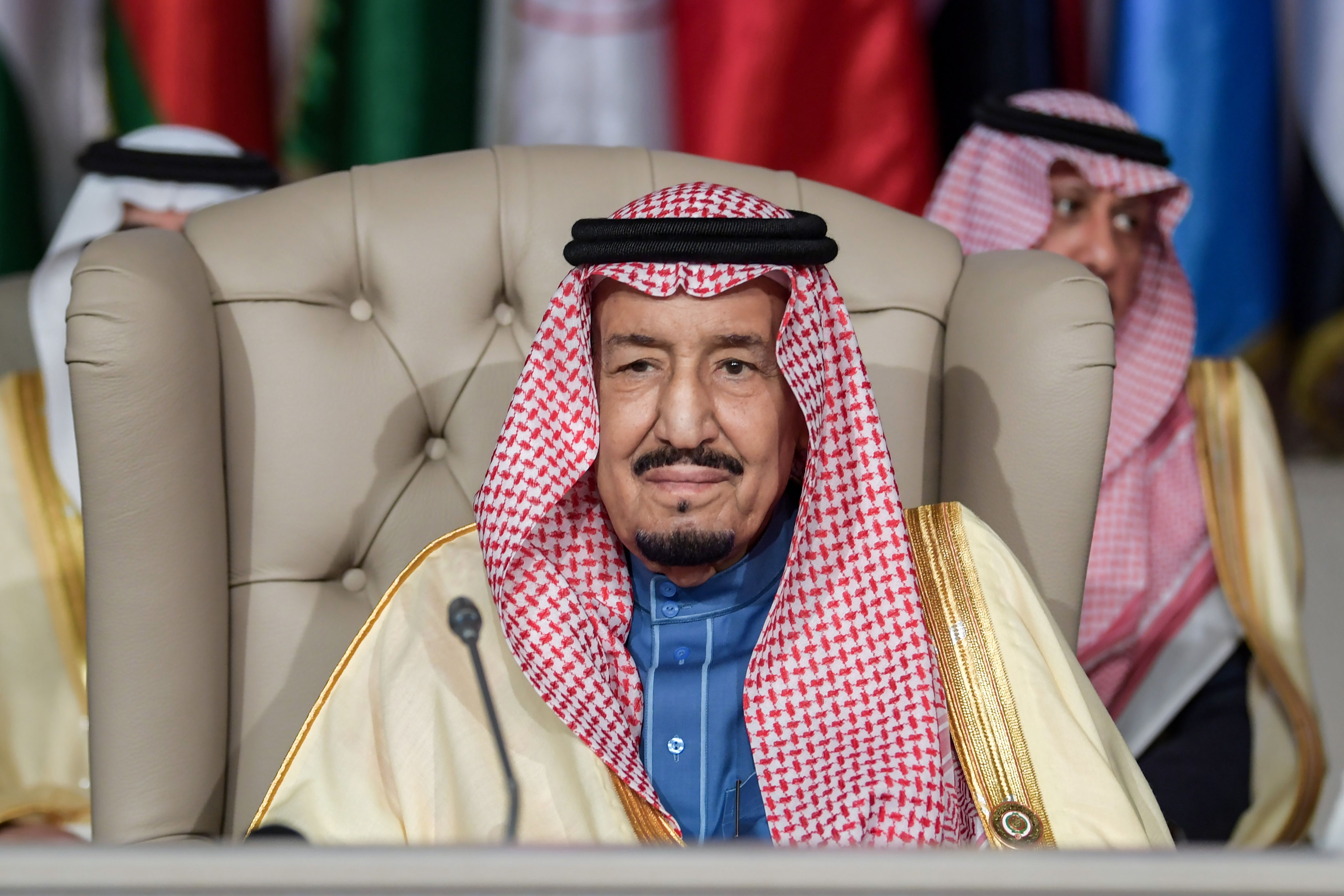 “The death penalty was implemented on a number of criminals for adopting extremist terrorist ideologies and forming terrorist cells to corrupt and disrupt security as well as spreading chaos and provoking sectarian strike,” said the Saudi Press Agency in a tweet.

Of the 37 executed, 34 were identified as Shiites based on the names of those executed released by the Interior Ministry. The executions are likely to raise further tension between Sunni-led Saudi Arabia and Shiite-led Iran, while also emboldening the United State’s pressure against the Iranian leadership.

“This is the largest mass execution of Shiites in the kingdom’s history,” said Dissident Ali Al-Ahmed, who runs the Gulf Institute in Washington.

“This is political,” he added. “They didn’t have to execute these people, but it’s important for them to ride the American anti-Iranian wave.”

One of the executed, Khaled bin Abdel Karim al-Tuwaijr, was publicly pinned to a pole for several hours. The ministry did not state the city in which the body was displayed, however, the act has sparked controversy for its gruesome image. (RELATED: Saudi Arabia Crucifies Murderer In Rare Punishment)

The Interior Ministry’s statement on the executions was spread across state-run media, including the Saudi news channel al-Ekhbariya. Opening with a verse from the Quran that condemns attacks that promote disharmony, the statement “warns of great punishment” for those who carry out this violence, according to ABC News. 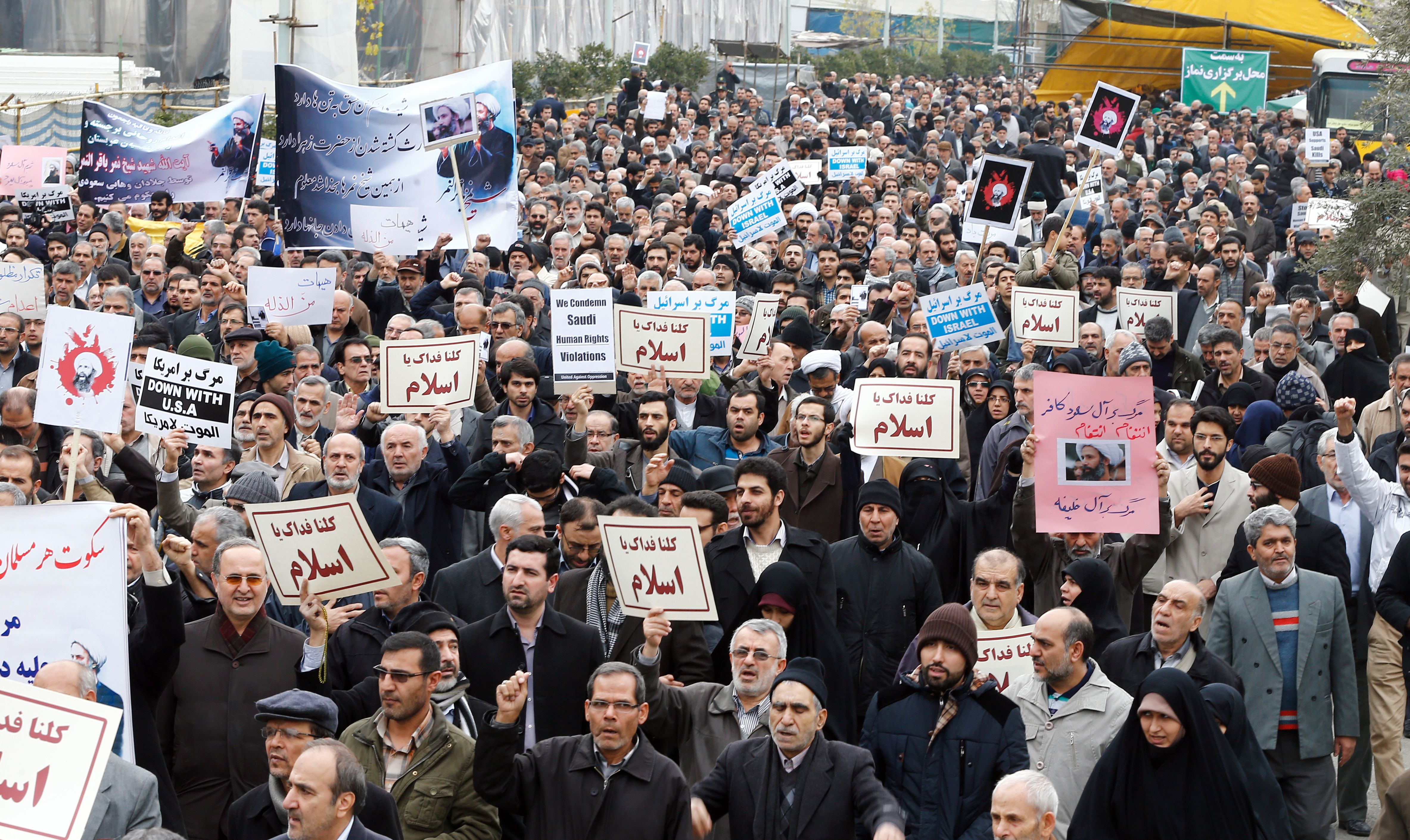 Iranian protesters hold placards and shout slogans during a demonstration in Tehran on January 8, 2016 … (AFP/Getty Images)

Numerous Saudi analysts and pro-government writers appeared on al-Ekhbariya and saw the executions as a powerful sign that the kingdom will not hesitate to punish those who go against the country’s security.

The mass execution comes two days after the ISIS-claimed Sri Lanka’s Easter Day attacks and an attempted attack on a Saudi security building in Riyadh by Islamic State militants.

Saudi Araba has one of the highest death penalty rates in the world. In one of its largest mass executions, Saudi Arabia executed 47 people, including prominent Shia leader Nimr al-Nimr, for terrorism in January 2016. (RELATED: Will President Obama Call Out Saudi Arabia For Its Deplorable Human Rights Record?)

Since emerging in the political scene in 2015, Crown Prince Mohammed bin Salman has been cracking down on dissent within the kingdom. Salman has ordered the arrests of political and business elites, ministers and women’s right’s activists.