“We have all sorts of issues to deal with in the state of Wisconsin and to pass a bill that is redundant seems to be not a productive use of time,” Evers said in a Monday interview, according to the Milwaukee Journal Sentinel. “And clearly I ran on the belief — and I still believe — that women should be able to make choices about their health care. But this deals with a specific issue that’s already been resolved,” Evers added.

The proposed bill requires doctors to “exercise the same degree of professional skill, care, and diligence to preserve the life and health of the child as a reasonably diligent and conscientious health care provider would render to any other child born alive at the same gestational age,” according to the legislation. A doctor must ensure that a child born alive is immediately taken and admitted to the hospital, under the proposal.

Physicians who violate the law face fines up to $10,000 and a maximum of six years in prison.

Republican lawmakers introduced the bill, AB179, on April 18. The legislation hasn’t been voted on by legislative committees, according to The Hill.

U.S. District Judge William Osteen recently struck down a North Carolina ban on abortions after 20 weeks. Legal abortions in the state may occur to the point of viability as determined by a presiding physician under Osteen’s ruling. (RELATED: Texas House Approves Born-Alive Bill With Extra Bells And Whistles) 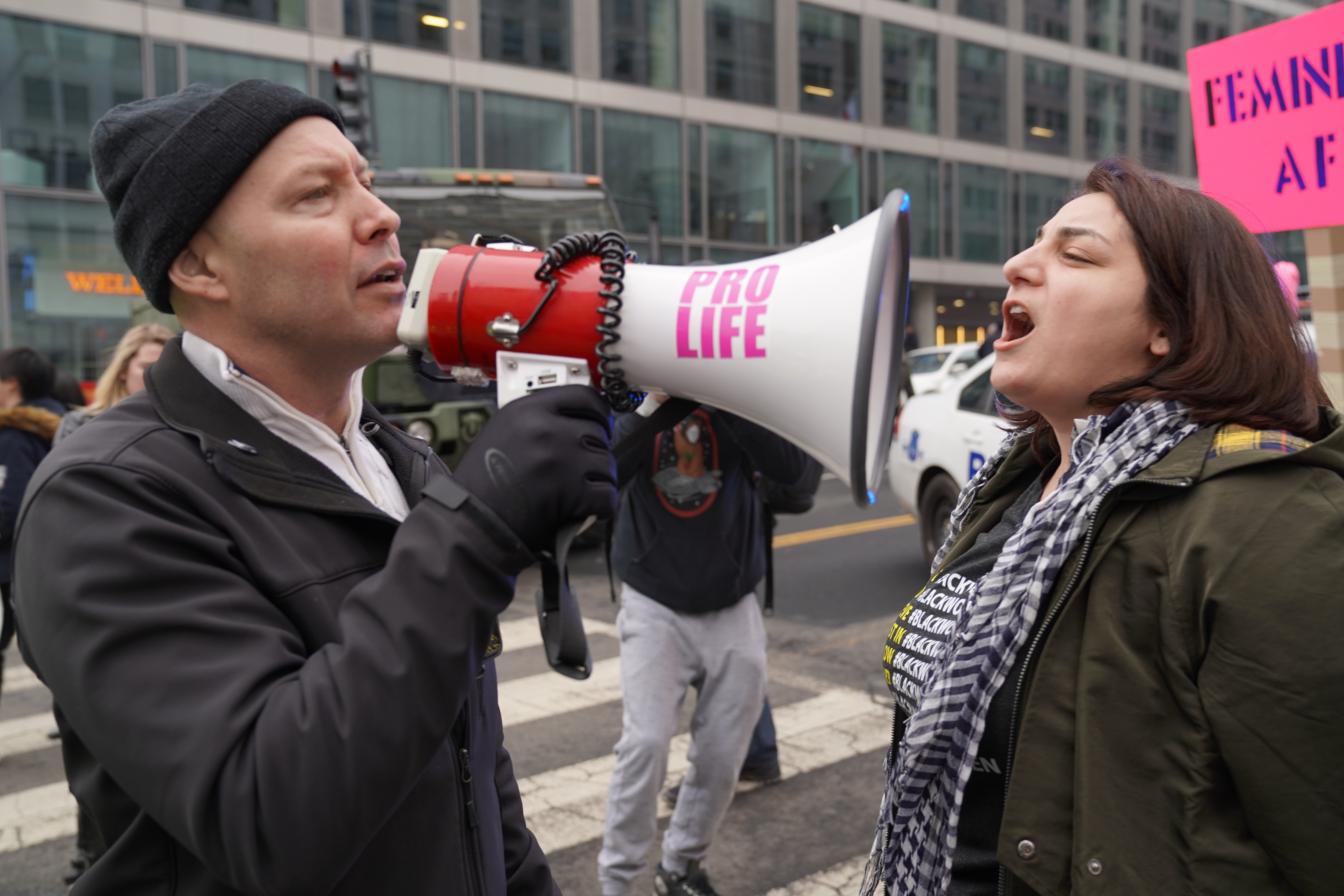 January 19, 2019: An abortion supporter shouts into a bull horn of an anti-abortion activist under police protection at the 2019 Women’s March. Shutterstock/Phil Pasquini

Senate Democrats also blocked the Born-Alive Abortion Survivors Protection Act in February, which would have required doctors to provide medical care to babies who are born alive after an abortion procedure.

Democratic Kansas Gov. Laura Kelly on Monday also vetoed a bill that would have required doctors to tell women seeking abortions about an abortion reversal pill, The Chicago Tribune reported. The American Congress of Obstetricians and Gynecologists maintains there is no medically accepted evidence saying “abortion reversal” is legitimate.

A number of states including Arkansas, North Dakota, Iowa, Mississippi and Kentucky have proposed or enacted laws outlawing abortion in the presence of a fetal heartbeat. Most of the bans have remained ineffective due to court orders prohibiting enforcement.

Evers did not respond to The Daily Caller News Foundation’s request for comment in time for publication.