Environmentalists are optimistic Democratic California Gov. Gavin Newsom will further restrict, or even end, oil and gas drilling, despite his state’s increasing reliance on oil shipped from abroad.

So-called “keep it in the ground” activists want to see Newsom ban new oil and gas leases, but anti-fossil fuel groups would also favor larger buffer zones between oil and gas production and buildings, like homes, schools and hospitals.

Sierra Club and other activists have met informally with Newsom’s administration to discuss curbing oil production, The Los Angeles Times reported Tuesday. The governor made no promises, but “expectations remain high,” The Times reported.

“I’m taking a very pragmatic look at it, in scoping this,” Newsom told The Times in a recent interview. “It’s also an inclusive scoping because it includes people in the industry, that have jobs; communities that are impacted from an environmental justice prism but also from an economic justice prism.”

California has 72,000 oil wells and consumes more gasoline than any other state. The oil industry also supports 368,000 jobs in the state, according to the Western States Petroleum Association. 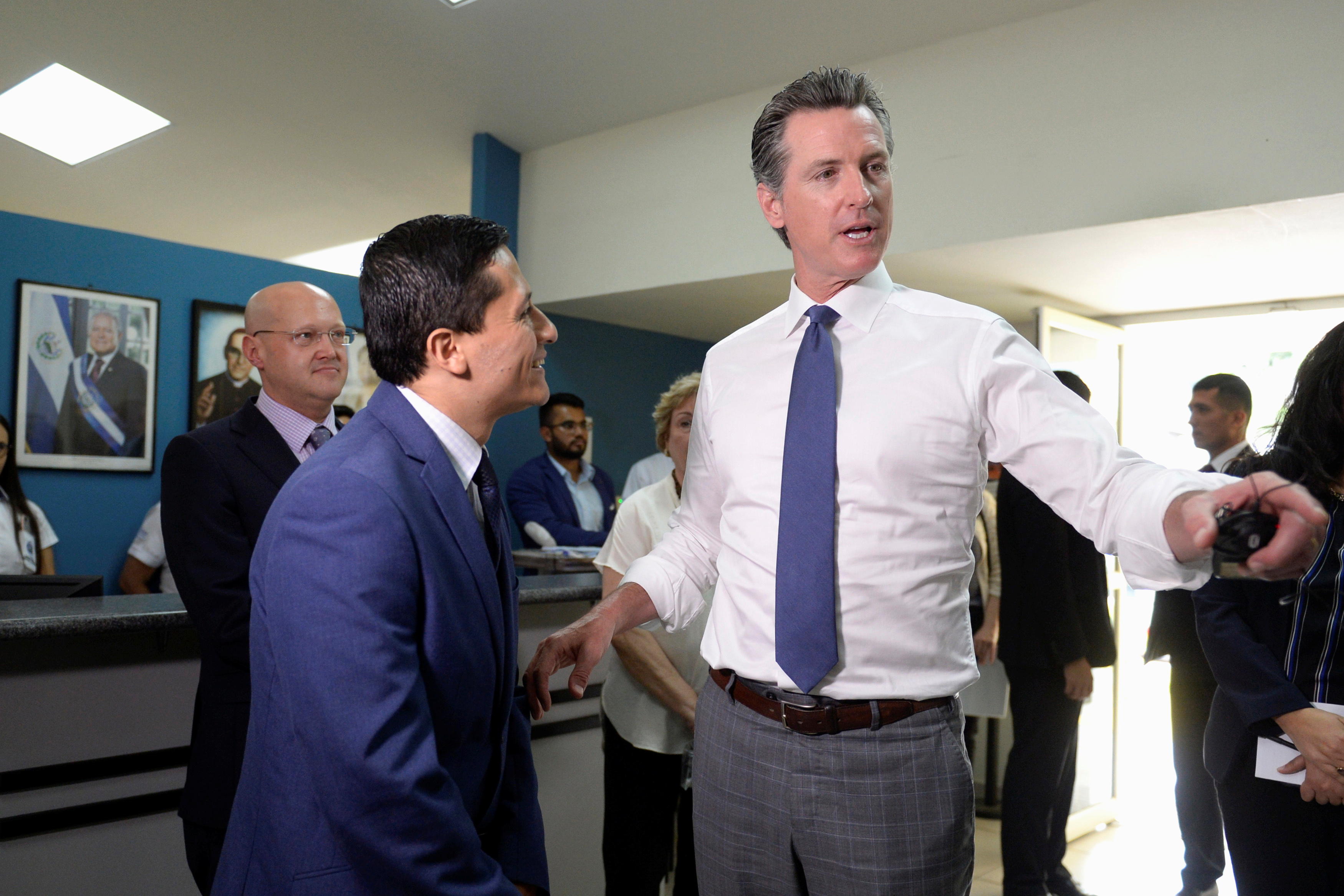 Newsom, however, does support moving California to 100 percent renewable energy, which means oil and gas production would have to go. That’s exactly what environmentalists lobbied Newsom and his predecessor Jerry Brown to do about oil and gas drilling.

Newsom acknowledged it would be difficult to immediately stop drilling, but he added that he wouldn’t be “exercising passivity” on the matter. (RELATED: Trump Gave Up On A Key Part Of His ‘Energy Dominance’ Agenda. Why?)

“It’s a challenging issue. There’s a reason Gov. Brown used a lot of dexterity on this issue,” Newsom told The Times.

Saudi oil shipments hit a record 14.75 million barrels in January 2019, according to the most recent data from the U.S. Energy Information Administration (EIA). 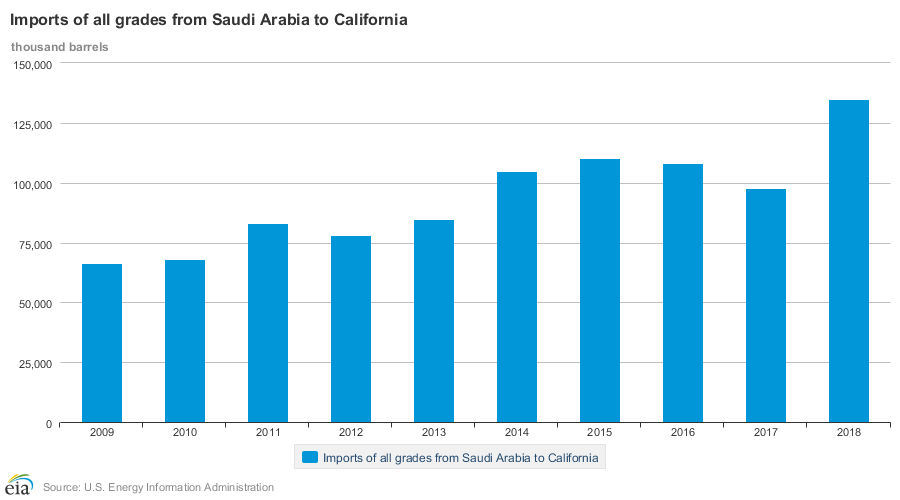 California’s become increasingly reliant on foreign oil imports to fuel its economy. In 1982, the state got roughly 94 percent of its oil from in-state and Alaska, but lagging production in both states has been supplanted by overseas supplies.

Now, California gets roughly 43 percent of its oil domestically with the rest coming from abroad. Saudi Arabia has long been California’s biggest foreign supplier of oil, but the Kingdom’s shipments exploded in the last two years.

Shipping oil in from abroad results in more carbon dioxide emissions than extracting it domestically, though U.S. drilling is subject to stricter environmental regulations on pollution. 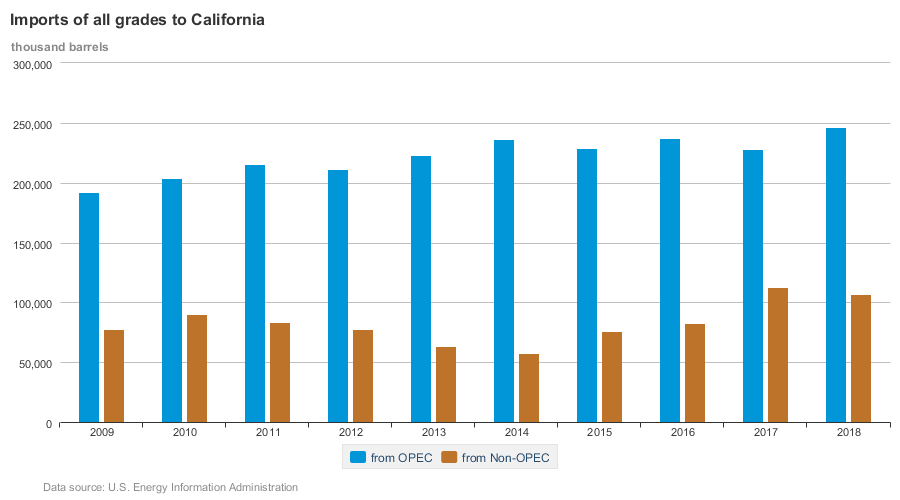 Saudi Arabia is also among the world’s top three oil-producing nations, but the country has also been criticized for its spotty human rights record.

In the Kingdom, there’s also “violence and official discrimination against women, although new women’s rights initiatives were implemented; criminalization of consensual same-sex sexual activity; and prohibition of trade unions,” reads the report.

However, environmentalists say they have confidence Newsom will be more aggressive than Brown in regulating drilling.

“He’s also been very good at pushing back hard at Trump’s climate change denials,” Kassie Siegel of the Center for Biological Diversity told The Times.

“We need him to take that bold approach when it comes to the oil industry,” Siegel said.

The Trump administration, on the other hand, unveiled its plan Thursday to open 1 million acres of public and private lands in California to hydraulic fracturing, or fracking, a drilling technique behind the U.S. energy boom.