The court sentenced the 47-year-old Assange to 50 weeks in prison for jumping bail and fleeing to the Ecuadorian Embassy in London after Sweden requested his extradition following sexual assault allegations, according to WaPo. This made him guilty of breaching the Bail Act, according to BBC.

Assange’s lawyer Mark Summers argued at the trial that Assange violated bail out of reasonable fear for his safety. Summers told London’s Southwark Crown Court that Assange was “living under overwhelming fear of rendition” and believed that if he were extradited to Sweden  he would be extradited to the United States and possibly to Guantanamo Bay, according to the Washington Post. (RELATED: What You Need To Know About Julian Assange — Who Wants A Piece Of Him And Why)

Summers also read a letter that Assange wrote to the court in which Assange said that he apologized “unreservedly.” 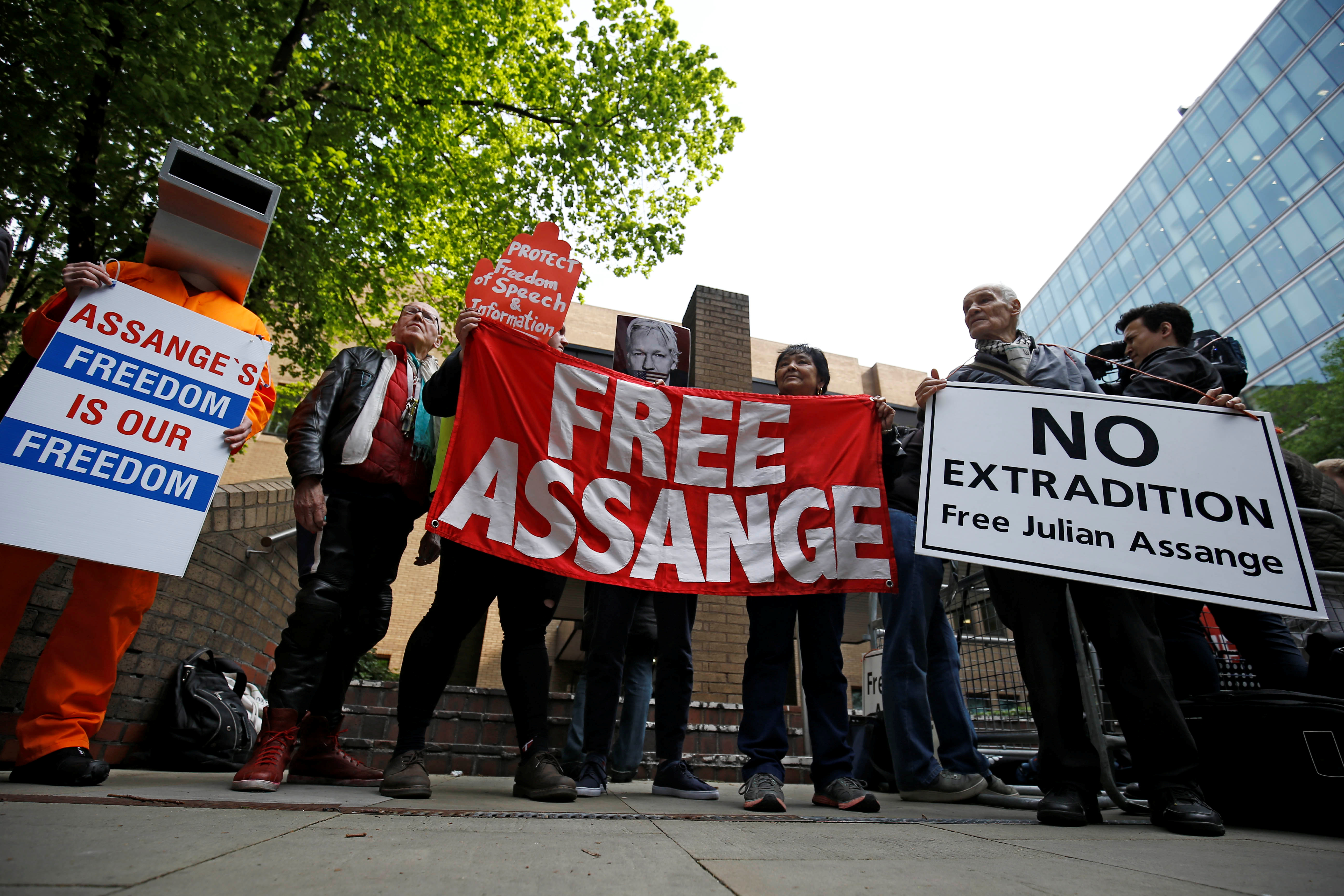 People hold signs during a protest outside Southwark Crown Court where WikiLeaks founder Julian Assange will be sentenced, in London, Britain, May 1, 2019. REUTERS/Henry Nicholls.

“I found myself struggling with terrifying circumstances,” Assange wrote in the letter according to The Washington Post. “I did what I thought at the time was the best and only solution.”

A judge at the trial said that Assange could have surrendered himself but chose to use his “privileged position” to evade the law, causing British police to spend almost $21 million in securing the Ecuadorian Embassy, according to The Washington Post.

“He was a desperate man,” Summers said to the court, describing Assange’s seven-year imprisonment in the embassy. “As threats rained down on him from America, they overshadowed everything,” he said, according to BBC.

Two dozen reporters were gathered in the courtroom. Some of them shouted “Shame!” as Assange was being led away. Assange reportedly raised his fist in solidarity with these supporters, according to the Washington Post.