President Donald Trump is reportedly preparing to give law enforcement officials the authority to conduct interviews with asylum seekers arriving on the U.S.-Mexico border.

Under the upcoming plan, U.S. Citizenship and Immigration Services (USCIS) officers would train Border Patrol agents deployed on the southern border on how to perform “credible fear interviews,” according to sources who spoke with the Washington Examiner. A migrant illegally crossing the border would be subjected to an interview by an agent shortly after apprehension and would only be allowed to claim asylum if they pass the interview.

The changes would reduce the number of migrants who are waiting for a decision on their asylum case, alleviating an immigration court system bogged down with some 900,000 pending cases, and more quickly deport foreign nationals who do not qualify.

“If that gets rolled out and we actually start deporting people within a timely manner, you’re going to see the numbers drop exponentially,” an official, speaking on the condition of anonymity, said to the Examiner.

The only drawback for the administration would be that agents would be temporarily diverted away from border enforcement duties as they undergo training. However, the plan is expected to result in an overall drop of illegal immigrants entering the interior of the country. 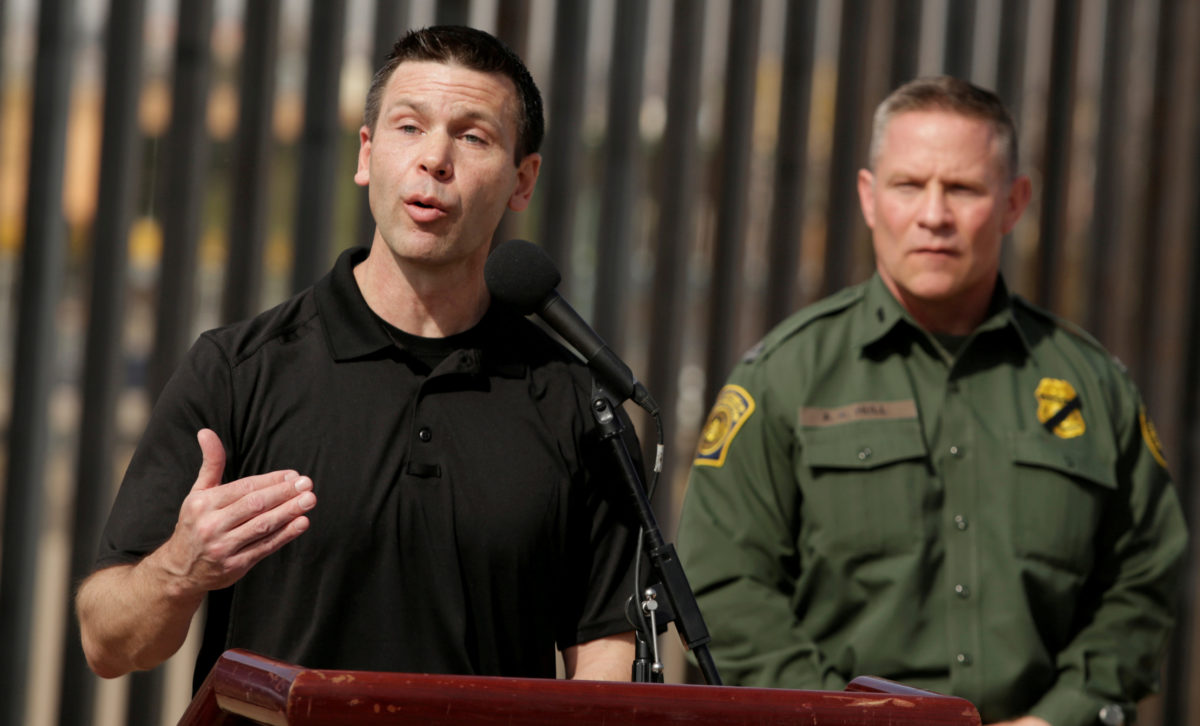 U.S. Customs and Border Protection Commissioner Kevin K. McAleenan speaks about the impact of the dramatic increase in illegal crossings that continue to occur along the Southwest during a news conference, in El Paso, Texas, March 27, 2019. REUTERS/Jose Luis Gonzalez

“Theoretically, we could end up deporting them in two weeks, rather than two to five years,” another source stated. Asylum seekers typically wait in the U.S. for years as they wait for their case to be adjudicated.

Officials with the Department of Homeland Security (DHS) believe they are within their authority to implement this plan because asylum officers are required to be immigration officials, and Border Patrol agents are considered to be immigration officials. For this reason, DHS is not seeking congressional approval. (RELATED:Trump Administration To Begin DNA Testing Migrants To Catch ‘Fraudulent’ Families’)

Nevertheless, the change is expected to be challenged in court.

It’s not yet clear when the Trump administration will begin training agents, but sources said the White House wants to move forward with the plan “ASAP.”