The Republican-controlled Senate Select Committee on Intelligence has subpoenaed Donald Trump Jr. as part of its Russia investigation, Axios reports.

The subpoena is the first believed to have been issued in any of the Russia investigations for one of President Donald Trump’s children.

According to Axios, the committee wants Trump Jr. to answer questions about his previous Senate testimony.

It is not clear what parts of Trump Jr.’s previous testimony the committee wants to review. The real estate executive has faced scrutiny over his involvement in the June 9, 2016 meeting at Trump Tower with a group of Russians who had offered to provide information about Hillary Clinton. He was also involved in negotiations to build a Trump Tower in Moscow. (RELATED: Here’s What Mueller Found (Or Didn’t Find) On Collusion) 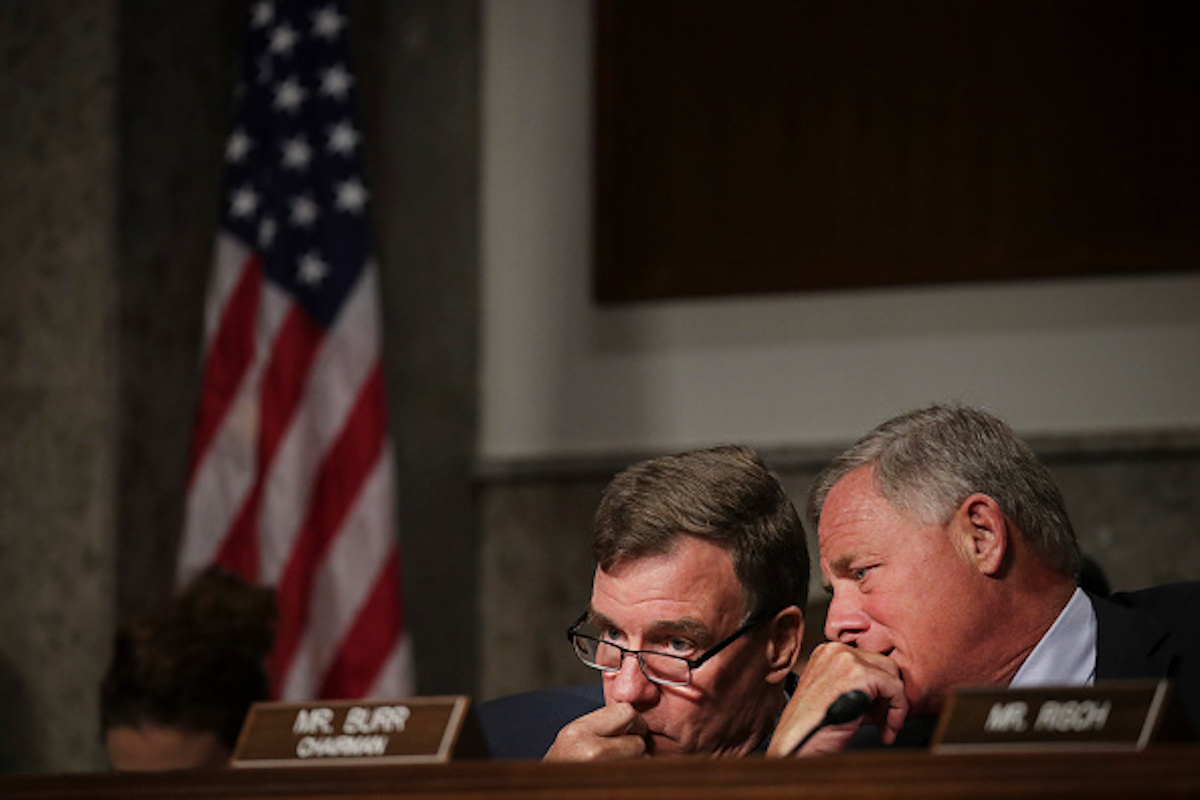 Former Trump attorney Michael Cohen pleaded guilty in the special counsel’s investigation on Nov. 29 to lying to the Senate Intelligence and House Intelligence Committees about the extent of his negotiations on the Trump Tower skyscraper.

Trump Jr. did not face any charges in the special counsel’s probe related to his testimony about the Trump Tower negotiations. Special counsel Robert Mueller also investigated the June 2016 Trump Tower meeting, but declined to bring charges over it.

Mueller investigated whether the offer of Clinton dirt constituted a crime, but determined that “a prosecution would encounter difficulties proving that Campaign officials or individuals connected with the Campaign willfully violated the law.”

“Although damaging opposition research is surely valuable to a campaign, it appears that the information ultimately delivered in the meeting was not valuable,” the Mueller report said.

North Carolina GOP Sen. Richard Burr, the chairman of the Intelligence committee, has said that the panel’s investigation will likely be finished by the summer. He said before the special counsel’s report was released that he saw no evidence of collusion between the Trump campaign and Russian government.

A source close to Trump Jr. said that he is willing to provide answers to the committee in writing, and continues to provide documents.

But the source said that when Trump Jr. agreed to testify before the committee in 2017, “there was an agreement between Don and the Committee that he would only have to come in and testify a single time as long as he was willing to stay for as long as they’d like, which Don did.”

The source also took a shot at Burr.

“But no lawyer would ever agree to allow their client to participate in what is an obvious PR stunt from a so-called ‘Republican’ Senator too cowardly to stand up to his boss Mark Warner and the rest of the resistance Democrats on the committee.”

Burr’s office did not respond to The Daily Caller News Foundation’s request for comment.

A spokesperson told Axios: “We do not discuss the details of witness engagements with the Committee. Throughout the investigation, the Committee has reserved the right to recall witnesses for additional testimony as needed, as every witness and witness counsel has been made aware.”