The Lynde and Harry Bradley Foundation, a philanthropic organization hosted the 2019 Bradley Prizes award ceremony Tuesday evening, featuring an aggregation of some of the most impressive and pioneering conservative minds.

The Bradley Foundation aims to “uphold our unalienable rights to life, liberty, and the pursuit of happiness,” and the Bradley Prizes awards scholars who reflect the foundation’s mission: to “restore, strengthen and protect the principles and institutions of American exceptionalism,” according to their website. (RELATED: These Bradley Prize Winners Are True Examples Of American Exceptionalism)

Before the ceremony began, we spoke to a few of the award winners, choosing to discuss the recent shift toward populism in American conservatism and its implications for the future of the GOP. 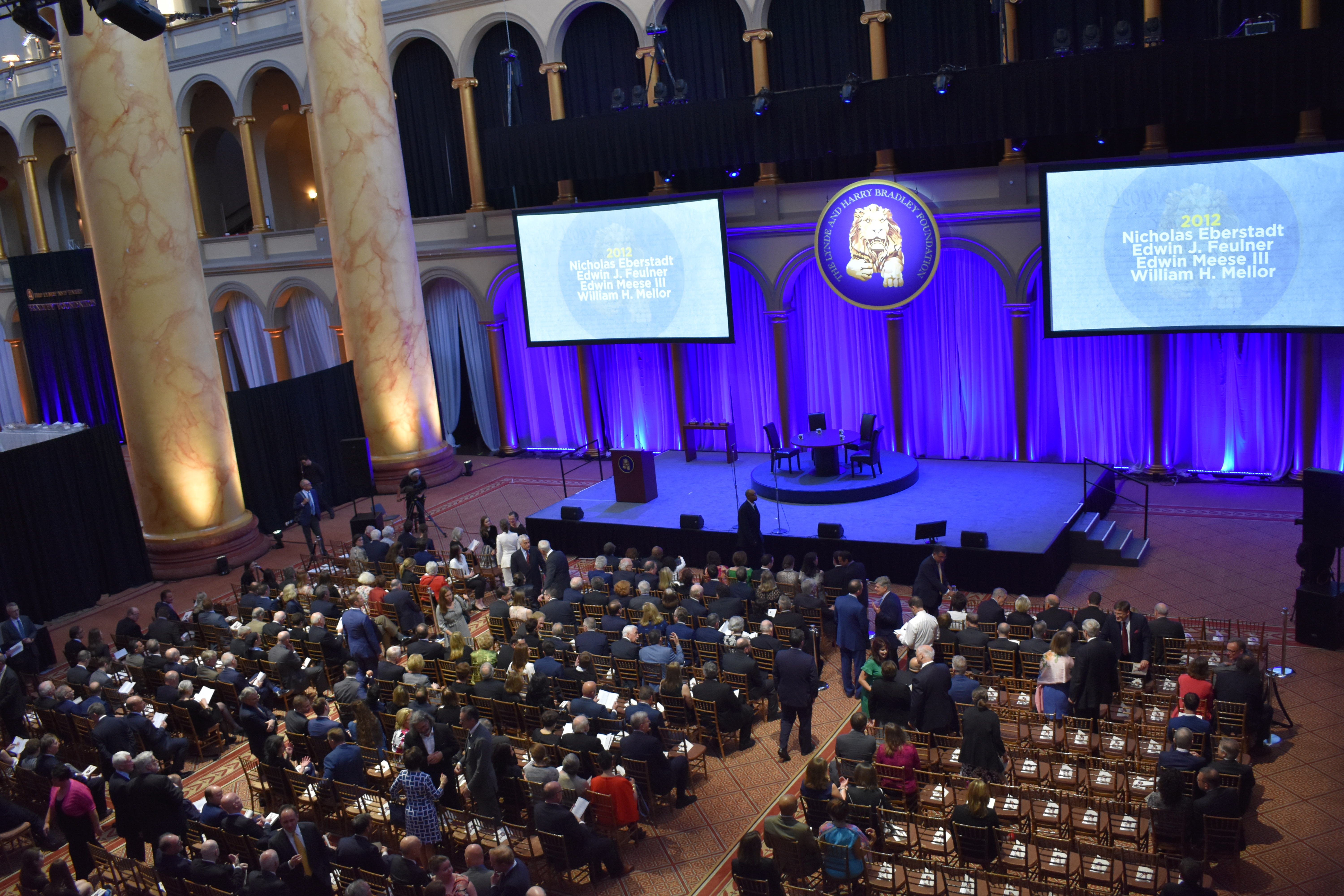 Roger Kimball explained that the embrace of populism on the right is a response to the will of the people and that populism and democracy, while similar in definition, have two very different connotations. (RELATED: Tucker Carlson Discusses Populism And America’s Economic Rot)

“The Party now, as always, responds to the will of the people,” Kimball stated. He continued:

It’s interesting, verbally, when you think about the words ‘populism’ on the one hand and ‘democracy’ on the other hand, they’re almost synonyms, aren’t they? Why is it that the word ‘democracy’ has accumulated all these friendly associations like a sock under your bed that gets all these dust kitties around it, but the word ‘populism’ has accumulated, for many people, a bunch of negative connotations?

Kimball claims that the mismatch between the goals of the bureaucrats that “run our lives” and the values of the people explains the rise of populism and the success of President Trump.

“So you have — both here and in the EU — a bunch of un-elected, largely unaccountable bureaucrats who actually run our lives,” Kimball explained.

“It’s not who makes the laws that we have to follow — less and less, is it Congress — it’s the alphabet soup of bureaucracies. … At this point, both parties are part of this larger uncountable bureaucracy, and I think that the values of that bureaucracy are not necessarily in sync with what the people want, and that goes some distance in explaining this surprising triumph of Donald Trump,” he continued.

We asked for his thoughts on those resistant to the shift towards populism on the right and what are the implications of the reluctance of the “never-Trumpers.”

“It’s difficult to look at what [Trump] has done over the past couple years and not say it is a success,” Kimball asserted.

I find it a little surprising that some of my anti-Trump conservative friends don’t say, ‘You know what? Maybe I was wrong.’ But many of them, most of them have not said that. But we’ll see, as these triumphs accumulate, it’s going to be harder and harder to deny that he’s far from challenging the constitution. He’s actually turned out to be a very constitutional president. … We’ll see. I think experience still counts for something.

James Grant insisted that populism deserves the respect of the Republican Party.

“I think the Republicans have to pay attention and have to adapt,” he said.

He explained that the conservative populist worldview is “more libertarian, certainly anti-elite” and “holds that the world has been captured — in Europe by Brussels, in the United States by the ‘administrative state,’ and that the populist impulse, is nothing more than a grassroots libertarian movement that conservatives ought to respect and get in front of if they can.”

“We’re in for the long-haul, we’re looking to change the world,” Graber said. “The base concepts of protecting our constitutional order, supporting free markets, building an informed and capable citizenry, paying attention to our institutions of civil society, there is a lot of consensus on all that and that’s what we at the Bradley Foundation are trying to do.”

Several high-profile conservatives delivered speeches and participated in a round-table discussion later in the event. 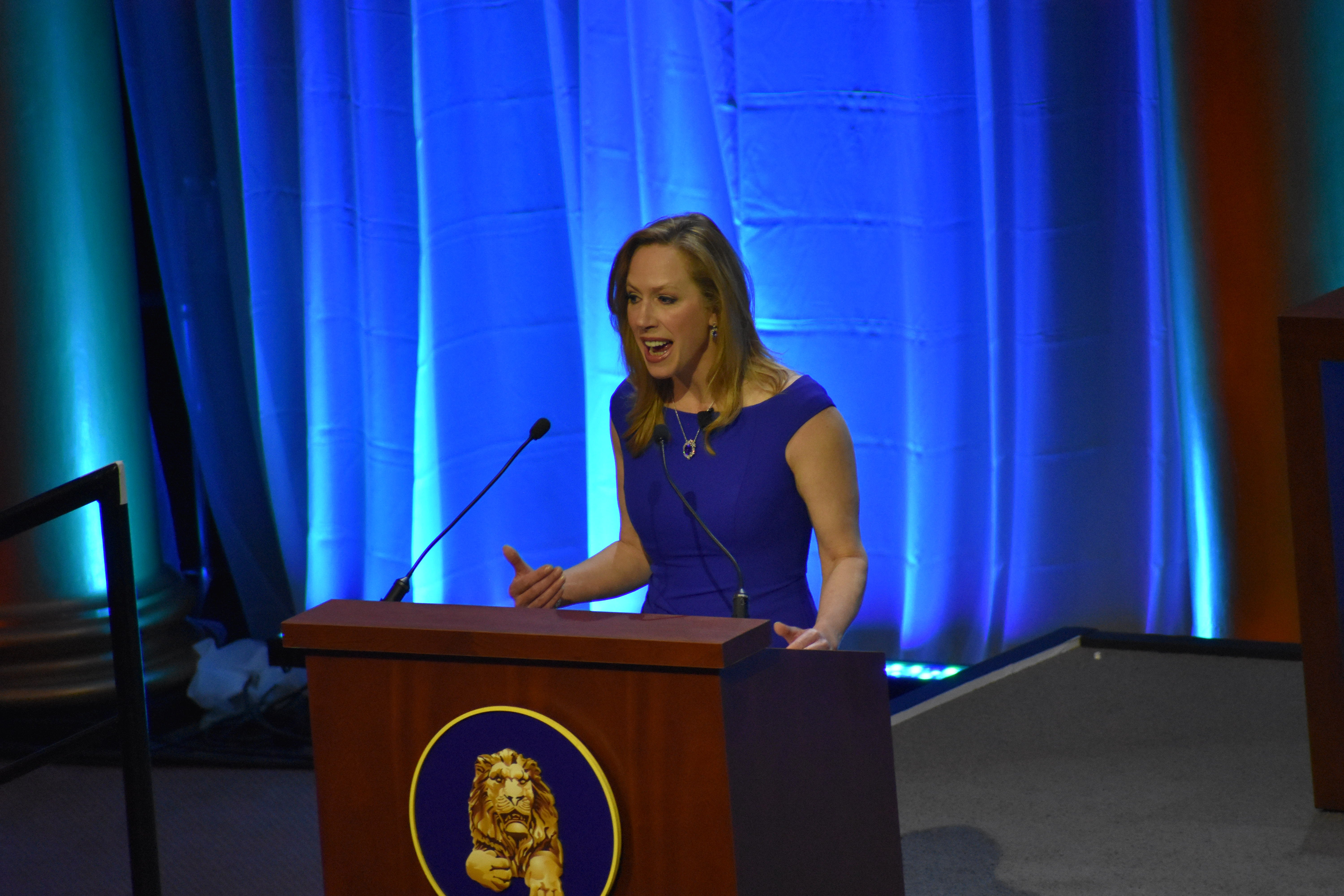 Among those who gave speeches was Wall Street Journal columnist Kimberly Strassel. In her address, she praised the work of U.S. Supreme Court Justices Brett Kavanaugh and Neil Gorsuch, saying that they are “paving the way” in the Supreme Court, as well as acknowledging the broad success of the Trump administration thus far. (RELATED: 10 Reasons Why Populism Is Good For American Democracy)

Roger Kimball also gave a speech at the ceremony, speaking about left-wing “wokeness” as a destructive force. He commented that academic institutions are now “laboratories for the cultivation of wokeness” and that they now promote “conformity and censorship” instead of free thought.