Democratic Washington Gov. Jay Inslee signed a series of gun bills into law, including a law banning 3D-printed and other “ghost” guns.

Seven gun-related bills with a variety of gun access restrictions became law, including gun removals by police for certain people with restraining orders against them and domestic violence suspects, as well as tightened laws for minors, The Associated Press reported. The bills were passed by a Democratic-majority legislature.

“We put forward our most robust legislative agenda ever and got more priority bills passed this session than in all previous sessions combined thanks to our new gun responsibility majority,” said Renee Hopkins, CEO of the Alliance for Gun Responsibility, which worked to pass the legislation, in a statement.

Inslee, a 2020 Democratic presidential candidate, told reporters Tuesday during the signing ceremony the legislation would “not only reduce preventable gun violence, but these measures serve as a model for the rest of the United States.” (RELATED: Jay Inslee Commits His State To Carbon-Free Electricity By 2045)

Our state is a leader on #gunsafety but more work is needed to protect our students & the people of WA. That’s why today I am so happy to sign bills that ban untraceable ghost guns, keep guns away from our most vulnerable Washingtonians & improve gun safety overall. @AGOWA #waleg pic.twitter.com/KugzdTgKtO

Additional provisions of the legislation include temporary gun bans after a psychiatric hold and for those ruled incompetent to stand trial.

Ghost guns, named because of their difficult traceability, are either plastic guns constructed with 3D-printers and able to evade metal detectors, or homemade guns built from kits available online or at gun shows that do not have serial numbers.

The laws prohibit guns without a serial number and calls for background checks for people who buy gun-making kits. 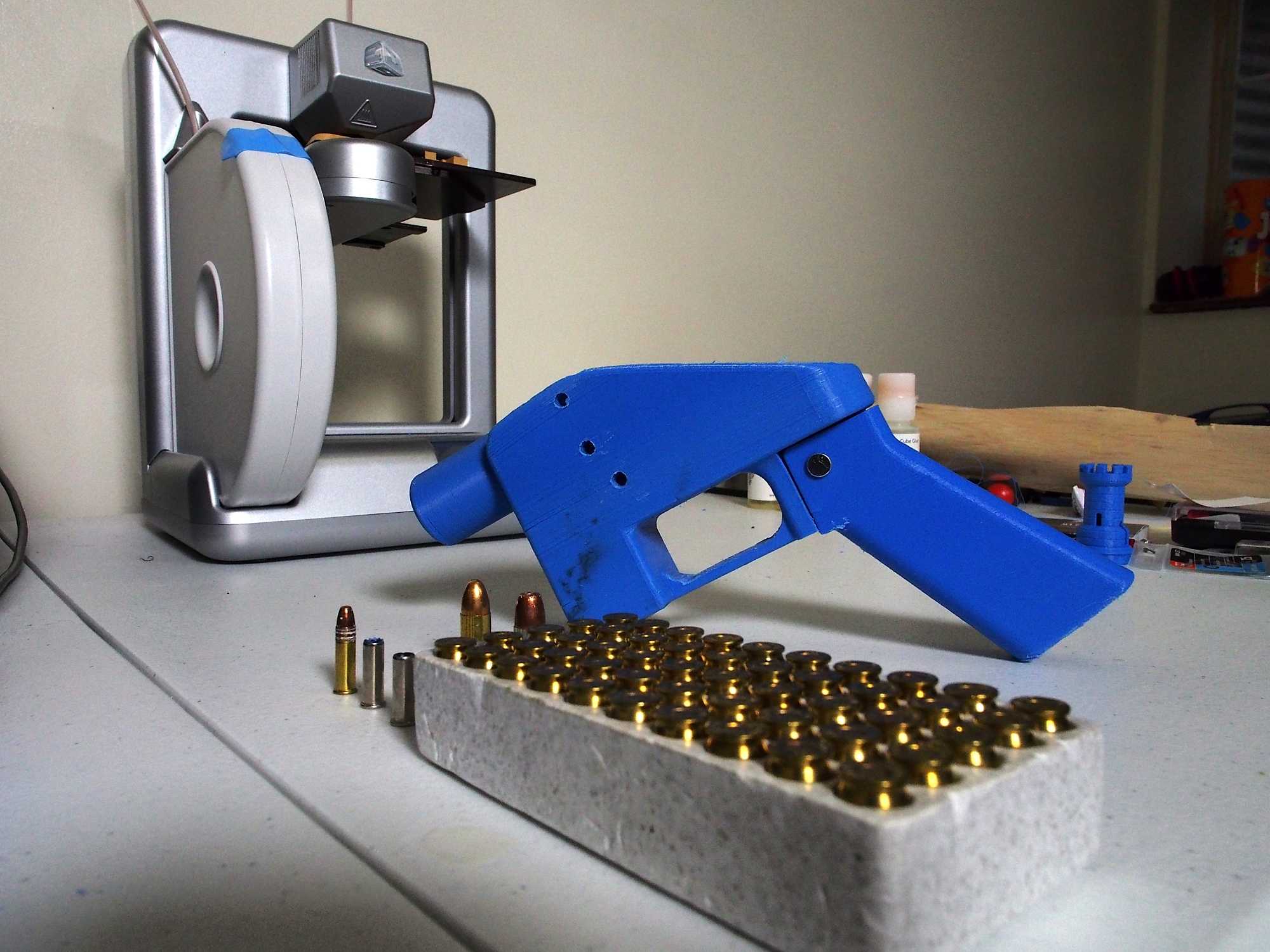 A Liberator pistol appears on July 11, 2013 next to the 3D printer on which its components were made. (Photo by Robert MacPherson/AFP/Getty Images)

“They’re just as happy expanding the list of people that can’t have guns,” Joe Waldron told the AP.

Waldron is the spokesman for the Gun Owners Action League of Washington, a group that lobbies against gun control.

“Piece by piece, they’re chopping away,” he added.

An additional bill requiring law enforcement to remove guns found at domestic violence crime scenes has yet to be signed by Inslee.