“Liz Cheney is accusing a committee investigating Russian election interference of…helping Vladimir Putin,” Omar tweeted. “This is an impressive lie even for the Cheney family.”

Omar’s comments were in response to the Wyoming congresswoman’s assertion that Democrats on the House Judiciary Committee were undermining American democracy and thereby helping Russian President Vladimir Putin. The decision by the Judiciary Committee to hold Attorney General William Barr in contempt of Congress triggered Cheney’s remarks.

“If you look at what we know and what we know from the Mueller report and other places, it’s absolutely clear the Russians have attempted. A number of them were indicted for attempting to influence, to undermine our democratic processes,” Cheney said during a press conference on Wednesday. “The Democrats on the Judiciary Committee are doing exactly what Vladimir Putin would do if he could.”

Cheney stood by her remarks and fired back at Omar. (RELATED: Liz Cheney Slams Ocasio-Cortez: You Owe Dan Crenshaw An Apology And A Thank You)

“No surprise [Omar], an anti-Semitic Socialist who slanders US troops and carries water for Hamas and Maduro, doesn’t recognize the truth when she hears it,” Cheney tweeted.

Omar, and fellow Democratic Rep. Rashida Tlaib of Michigan became America’s first Muslim congresswomen when sworn into office in January. Their time in office has been embroiled in allegations of anti-Semitism and anti-American sentiments, and has faced massive backlash from both sides of the aisle.

After the armed conflict tore through Venezuelan capital of Caracas in early May, Omar claimed American policies were the catalyst for the ‘devastation’ rather than blaming socialist dictator Nicolas Maduro.

She also sided with Hamas after the Palestinian terror organization launched nearly 600 rockets into Israel from across the Gaza border in a 24 hours period earlier in May. Hamas claimed responsibility for multiple Israeli deaths.

Omar has defended her own anti-Israeli statements, such as ones invoking Allah to expose Israel’s “evil doings” as well as promoting age-old anti-Semitic canards such as that Jews’ support of Israel is paid for and that they have a dual loyalty to the U.S. and Israel. 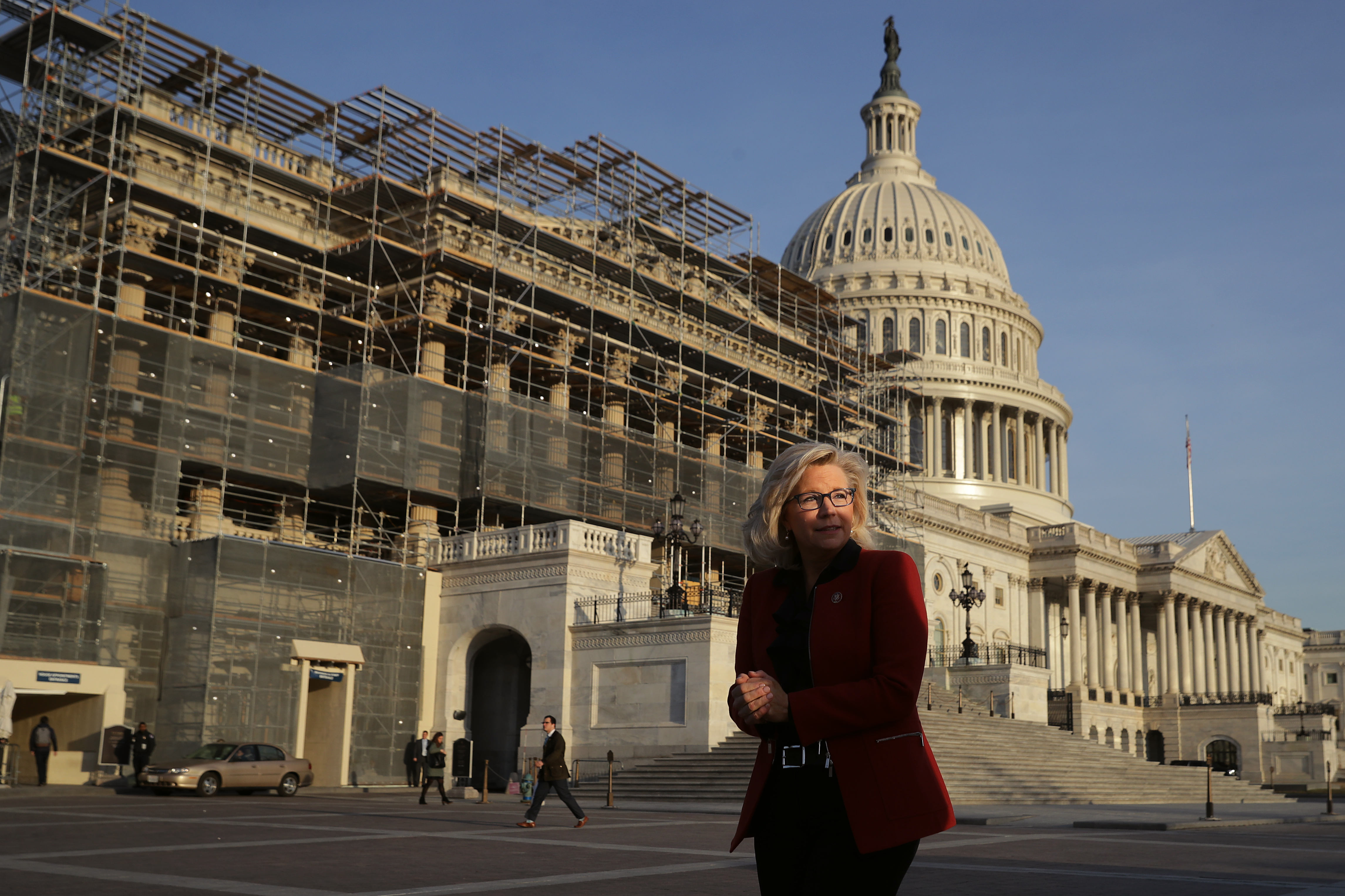 The freshman congresswoman fundraised with the Council on American-Islamic Relations (CAIR), a notable pro-Palestinian organization with ties to Islamic terror groups. The U.S. Department of Justice listed CAIR as an unindicted co-conspirator in funding millions of dollars to Hamas. Additionally, the United Arab Emirates named CAIR a terrorist organization along with al-Qaeda and the Islamic State in 2014.

While speaking to CAIR, Omar described the Sept. 11 terrorist attacks as merely an event where “some people did something.” Cheney called Omar’s description of the attacks that left nearly 3,000 Americans dead “nauseating.” (RELATED: Liz Cheney: Democrats Need To Decide If They Will Be The Party Of JFK Or AOC)

“It was a horrific terrorist attack at the hands of radical Islamic terrorists and Ilhan Omar can try to re-write history, can try to call it something else, but when she does that, she’s showing that she has absolutely no understanding and no recognition of the threats that we face,” Cheney responded at the time.