Republican South Carolina Sen. Lindsey Graham told reporters on Monday that Donald Trump Jr. should answer the Senate Intelligence Committee’s summons to appear, but should “plead the Fifth” and refuse to answer any questions.

“You just show up and plead the Fifth and it’s over with,” Graham said, according to a Monday report from The Washington Post.

The Senate Judiciary Committee chairman added that Trump Jr.’s attorney would “have to be an idiot” to allow his client to expose himself again.

“This whole thing is nuts,” Graham said, according to the Post report. “To me, it’s over.”

Graham appeared to shift his position slightly from a day earlier, when he told Fox Business that Trump Jr. should simply ignore the subpoena. (RELATED: Ed Henry Stumps Chris Coons On Why Don Jr. Must Appear When Mueller Didn’t Indict)

The Senate Intelligence Committee, chaired by Republican North Carolina Sen. Richard Burr, received scrutiny from many in Burr’s own party for its decision to call the president’s son for a second time. 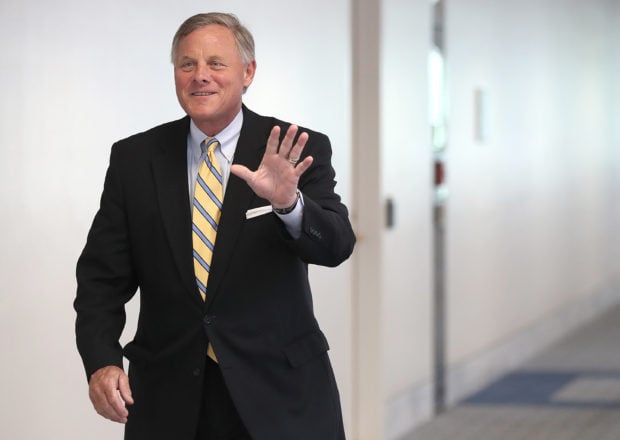 “Apparently, the Republican chair of the Senate Intel Committee didn’t get the memo from the Majority Leader that this case was closed,” Republican Kentucky Sen. Rand Paul wrote via Twitter last week, referring to Senate Majority Leader Mitch McConnell’s earlier declaration that the investigation was over.

McConnell reiterated that stand after the Trump Jr. subpoena, calling the decision a “blip” that will ultimately have a “happy ending.”