President Donald Trump pledged Monday that he won’t use any dirt on his opponents in the 2020 election that comes from foreign sources.

The president also denied that he ever used foreign dirt in the 2016 election, according to the White House print pool. Trump was cleared of allegedly using his campaign to collude with the Russian government. While he did campaign using Democratic emails stolen by Russian hackers, those emails were made public and even printed by major media outlets. (RELATED: Trump: ‘I Never Did’ Direct Roger Stone To Make Contact With WikiLeaks)

“Well, I never did use [foreign dirt],” Trump claimed in response to a question from a reporter. “As you probably know, that’s what the Mueller report was all about. They said, ‘No collusion.'” 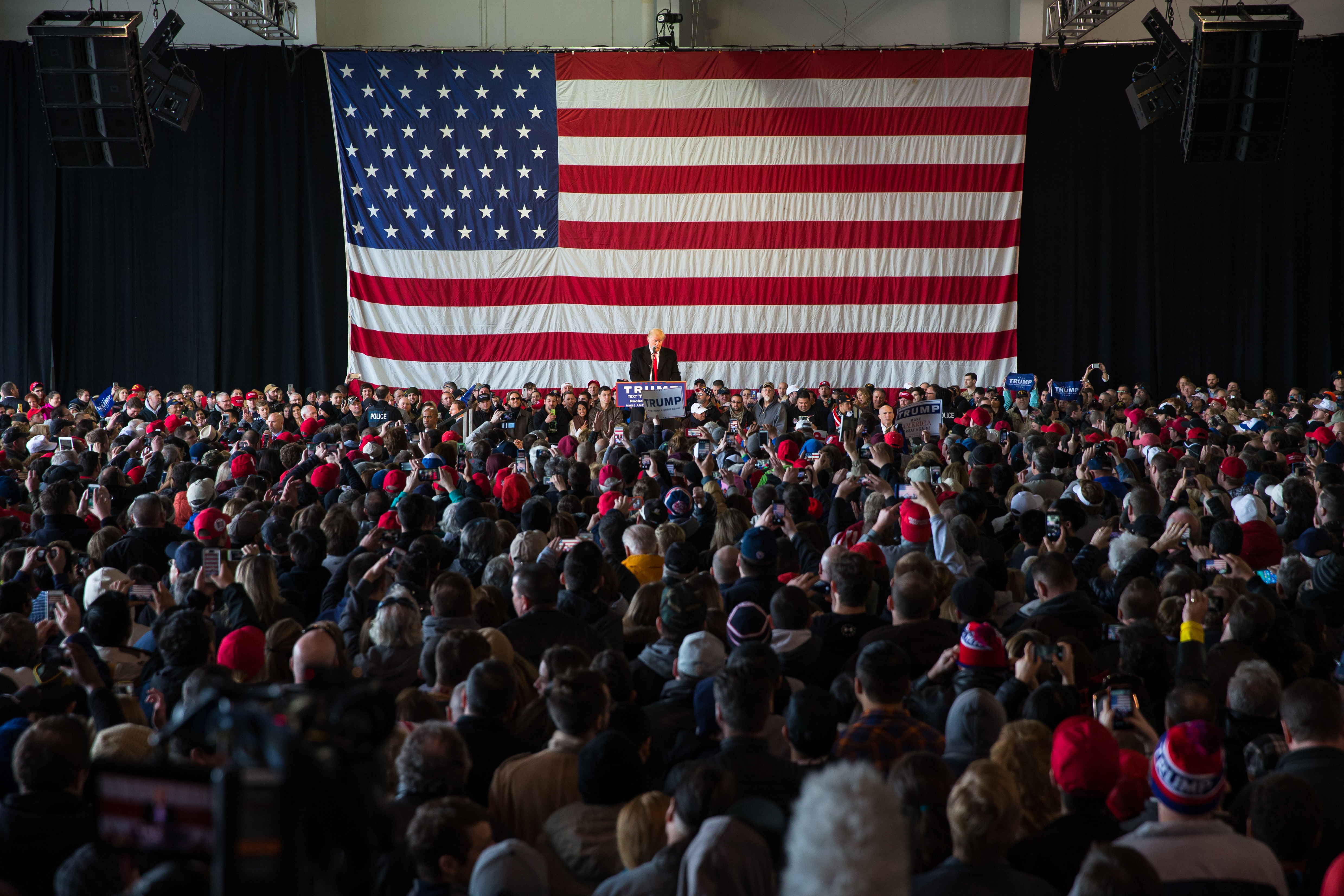 Republican presidential candidate Donald Trump speaks in front of a capacity crowd at a rally for his campaign on April 10, 2016, in Rochester, New York. The New York Democratic primary is scheduled for April 19th. (Photo by Brett Carlsen/Getty Images)

The president continued by denying that he needs dirt from foreign governments in order to win reelection in 2020, knocking his competition in the process.

“And I would certainly agree to that. I don’t need it,” Trump said in regard to a pledge to avoid using foreign dirt. “All I need is the opponents that I’m looking at. I’m liking what I see.”

Meanwhile, the anti-Trump dossier paid for by the Democratic National Committee (DNC) and Clinton campaign is considered by some intelligence experts to be the product of Russian disinformation. Former British spy Christopher Steele has acknowledged using Russian contacts and sources to build out the dossier, which contained multiple inaccurate claims about members of the Trump campaign.