President Donald Trump’s eldest son will give private testimony in front of the Senate Intelligence Committee in mid-June, as a result of a deal revealed on Tuesday.

Donald Trump Jr. will answer questions limited to five or six topics for up to four hours, reported Politico.

Trump Jr. had already volunteered to show up for interviews but failed to appear twice, Burr told other Republican senators last week according to The NYT. 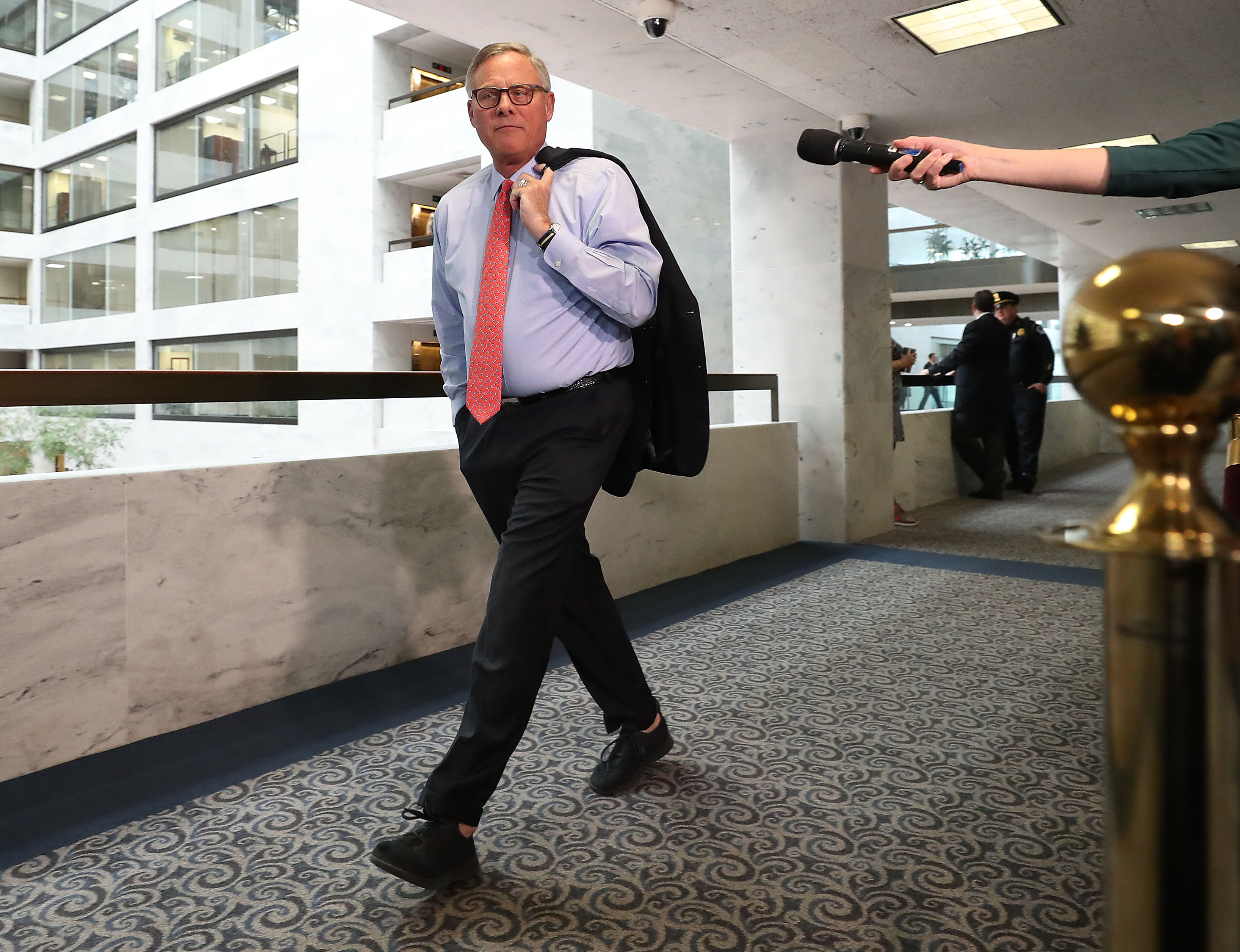 Chairman of the Senate Intelligence Committee Richard Burr walks to a closed-door hearing where Michael Cohen, former attorney and fixer for President Donald Trump, will be testifying at the Hart Senate Office Building before testifying to the Senate Intelligence Committee on Capitol Hill February 26, 2019 in Washington, DC. (Photo by Mark Wilson/Getty Images)

Now Burr is accused of caving to Democrats who are trying to weaken the White House’s position.

“Apparently the Republican chair of the Senate Intel Committee didn’t get the memo from the Majority Leader that this case was closed…” Republican Kentucky Sen. Rand Paul wrote on Twitter May 8.

Republican South Carolina Sen. Lindsey Graham said Monday that Trump Jr. should answer the committee’s summons but should “plead the Fifth” and not answer any questions.

“You just show up and plead the Fifth and it’s over with,” Graham said according to The Washington Post.