The Washington Post’s coverage of Democratic Rep. Rashida Tlaib’s remarks concerning the Holocaust over the weekend is limited to stories defending her from criticism.

Tlaib said she gets a “calming feeling” when she considers the Holocaust because her Palestinian ancestors provided a refuge for Jews in the aftermath of World War II on the “Skullduggery” podcast hosted by Yahoo News journalists Michael Isikoff and Daniel Klaidman.

Her comments were easy to misconstrue — and in any case, historically inaccurate — which led to swift denunciations from leading Republicans and Israel’s ambassador to the United Nations, who called her remarks “grossly” anti-Semitic and “ignorant.” 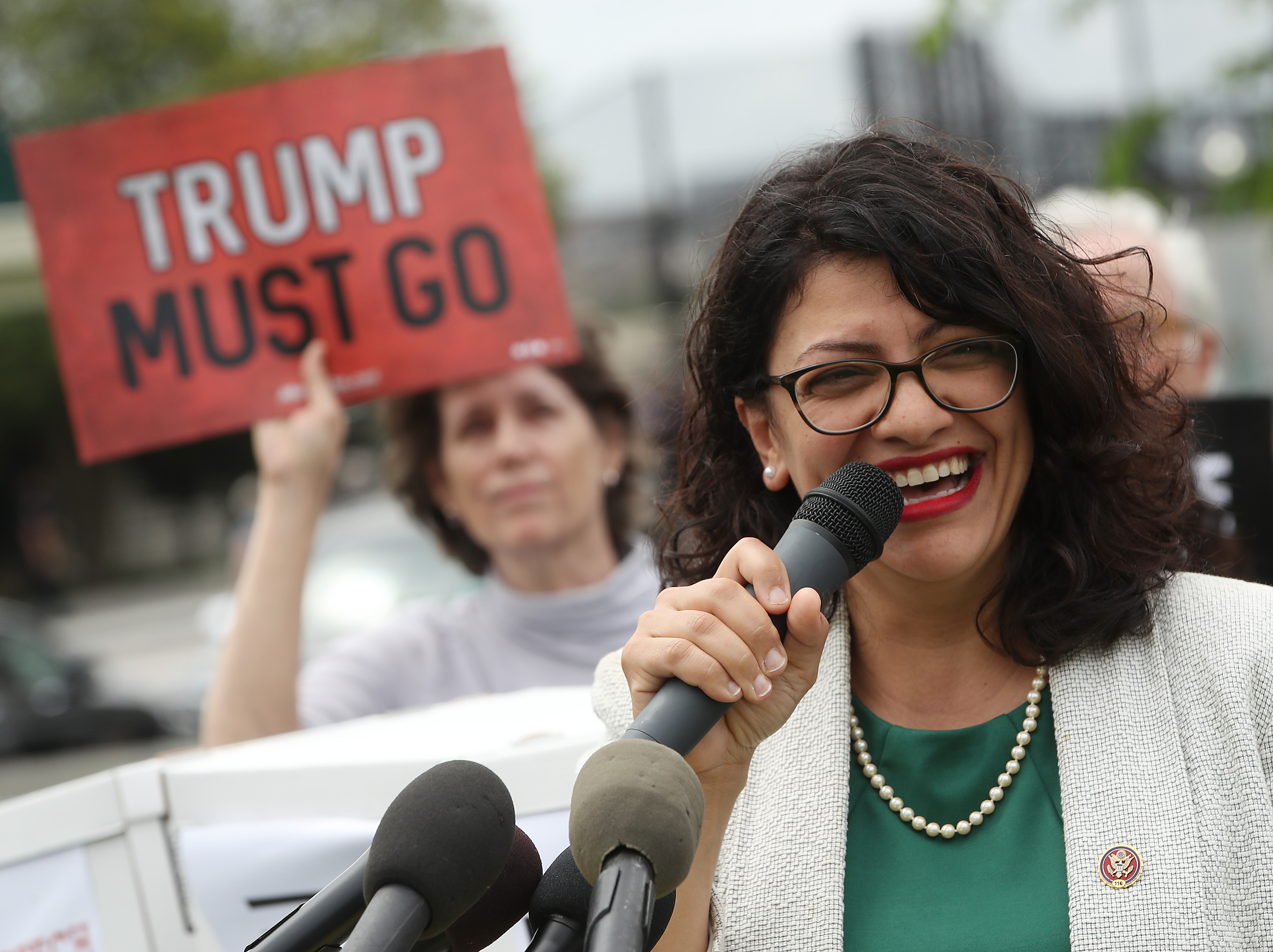 The Washington Post published a series of reports and opinion pieces defending Tlaib, but declined to do a straight news story on her remarks. Here’s a sampling:

As Philip Klein points out in The Washington Examiner, Tlaib’s comments disregarded the historical presence of Jews in the region before the Holocaust, the alliance her Palestinian ancestors made with Hitler during the Holocaust and the long history of violence Palestinians have waged against Jews, among other historical inaccuracies.

Tlaib’s comments came in response to the question of whether she supports a one-state solution to the Israel-Palestine conflict:

There’s a kind of calming feeling, I always tell folks, when I think of the Holocaust and the tragedy of the Holocaust, and the fact that it was my ancestors — Palestinians — who lost their land, and some lost their lives, their livelihood, their human dignity, their existence, in many ways, had been wiped out. I mean, just all of it was in the name of trying to create a safe haven for Jews, post-the Holocaust, post-the tragedy and horrific persecution of jews across the world at the time.

I love the fact that it was my ancestors that provided that, right, in many ways. But they did it in a way that took their human dignity away, right? And it was forced on them. And so, when I think about one-state, I think about the fact that, why couldn’t we do it in a better way?