Democratic South Bend Mayor Pete Buttigieg, a 2020 presidential candidate, defended the choice to have an abortion in the third trimester at a town hall Sunday.

Fox News host Chris Wallace asked Buttigieg whether there should be “any limit on a woman’s right to have an abortion.”

“So, just to be clear, you would be okay with a woman, well into the third-trimester, deciding to abort her pregnancy?” Wallace followed up. (RELATED: 9 Radical Policies 2020 Democrats Are Putting On The Table)

.@PeteButtigieg defends the freedom to abort third trimester babies after parents have already “chosen a name or purchased a crib.” #buttigiegtownhall pic.twitter.com/BMBUKS6VUc

“So, let’s put ourselves in the shoes of a woman in that situation. If it’s that late in your pregnancy, that means almost by definition you’ve been expecting to carry it to term,” Buttigieg said.

‘We’re talking about women who have perhaps chosen a name, women who have purchased a crib — families who then get the most devastating medical news of their lifetime, something about the health or the life of the mother that forces them to make an impossible, unthinkable choice,” he continued.

“The bottom line is, as horrible as that choice is, that woman, that family, may seek spiritual guidance, they may seek medical guidance, but that decision isn’t going to be made any better, medically or morally, because the government is dictating how that decision should be made,” said Buttigieg.

A 2018 Gallup study found that just 13 percent of Americans think abortion should be legal in the third trimester of a pregnancy. 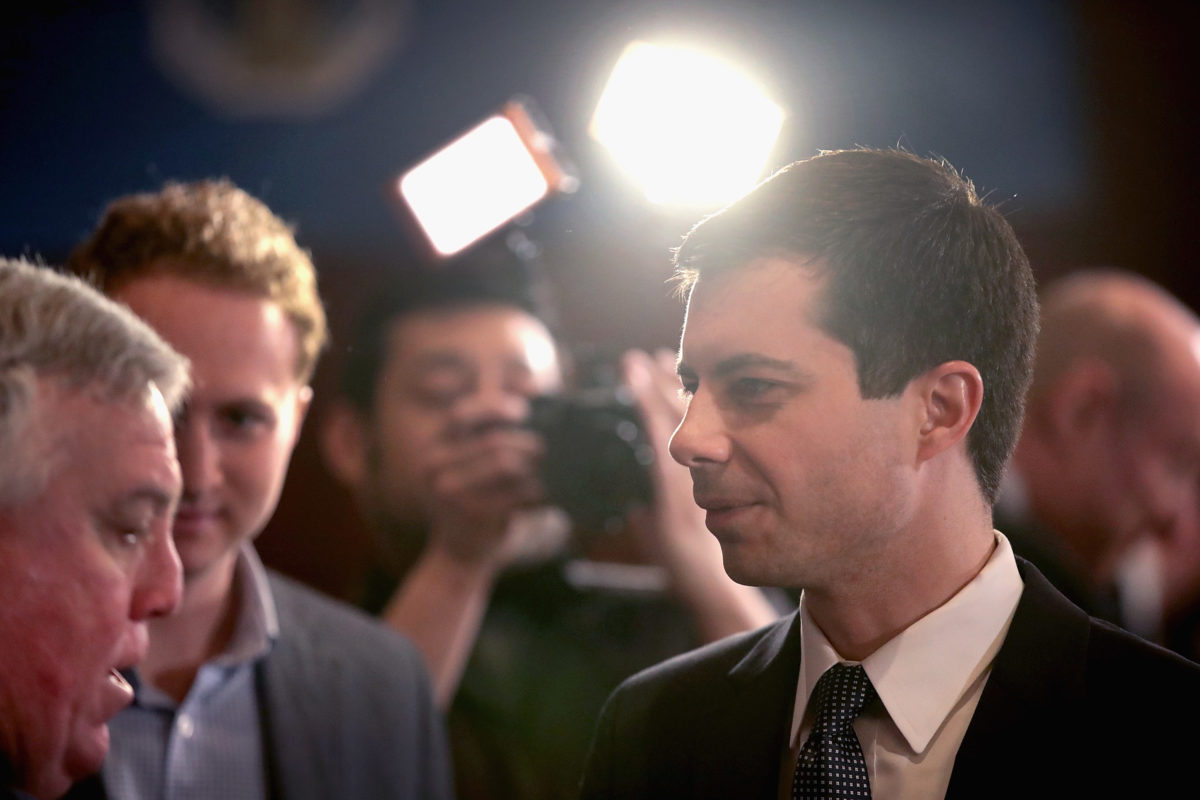 Democratic presidential candidates staked out aggressive, pro-abortion stances as they jockey for positions in a crowded primary field.

Democratic Sens. Elizabeth Warren of Massachusetts and Kirsten Gillibrand of New York have both called for sweeping federal legislation that would cancel out state regulations on abortion.

This article has been updated to note the June 2018 study came from Gallup, not Pew Research Center