The Democratic trend accompanies a swell of pro-life legislation at the state level.

“Congress should do its job and protect their constituents from these efforts by establishing affirmative, statutory rights that parallel Roe vs. Wade,” Democratic Sen. Elizabeth Warren of Massachusetts wrote in a Friday Medium essay.

Such laws mean to ensure high standards of care for women who terminate pregnancies, though Democrats say they are medically unnecessary stealth measures whose real purpose is the closure of abortion clinics.

“I would ensure that no state can pass laws that chip away at access to reproductive care or criminalize reproductive healthcare providers,” Gillibrand wrote Thursday. “Federal law would supersede those harmful state restrictions.” (RELATED: Democratic Efforts To Pack The Supreme Court Hit A Big Wall: Public Opinion)

The New York Democrat has also pledged to appoint Supreme Court justices who will uphold Roe, as has Sen. Bernie Sanders of Vermont. Gillibrand and Warren shared detailed abortion platforms earlier in May, which are largely similar in their particulars and far-reaching ambition. 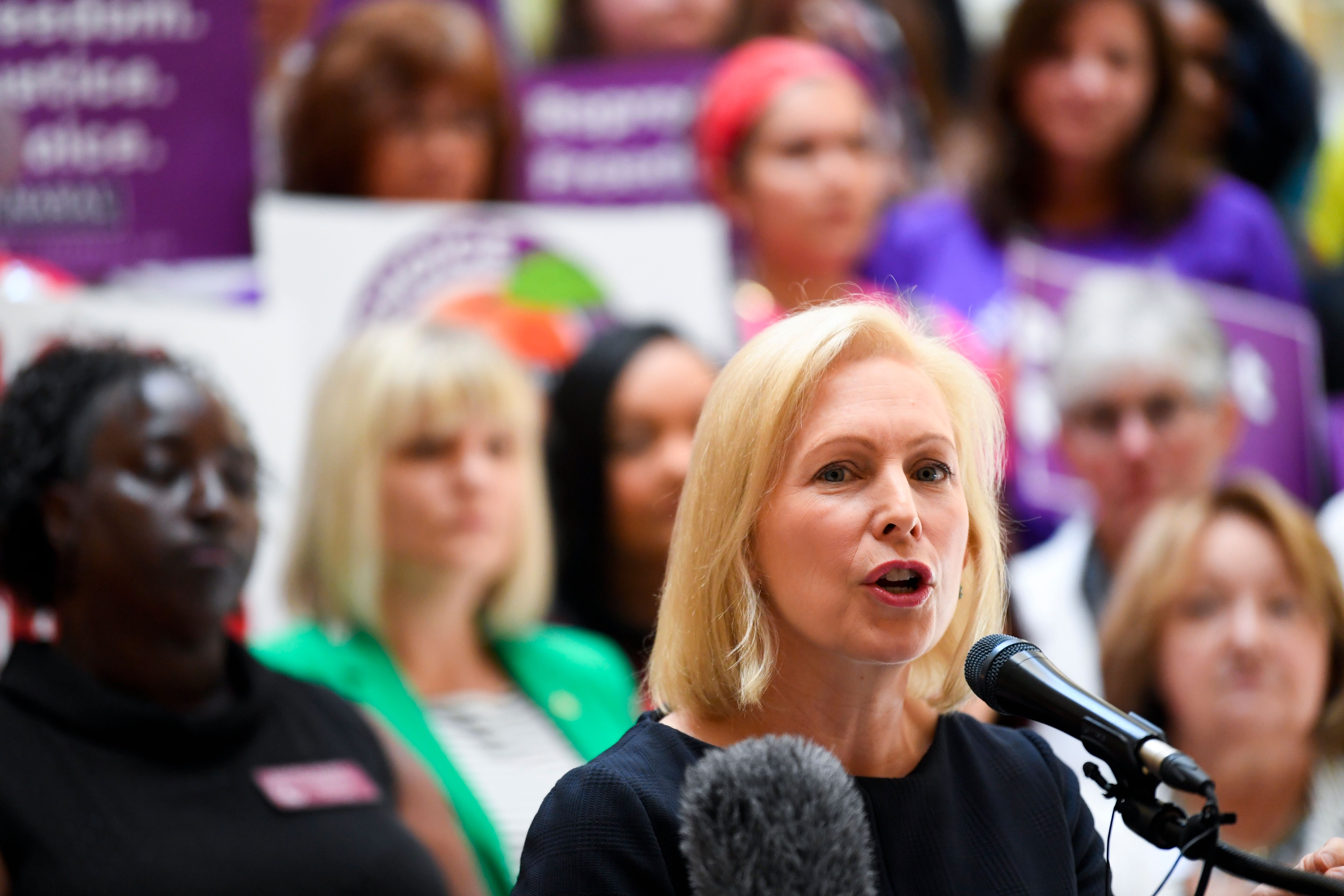 Other candidates have voiced support for codifying Roe and related efforts like repealing the Hyde Amendment, which prohibits federal funding of abortion. Democratic Sen. Amy Klobuchar of Minnesota told Fox News on Sunday that she would sign legislation codifying abortion rights if elected president, while Democratic Sen. Cory Booker of New Jersey promised to roll back Trump administration rules allowing employers to opt out of contraceptive coverage for reasons of conscience, among other items.

Democrats say aggressive legislative efforts are warranted in view of President Donald Trump’s successful run of judicial confirmations. The Senate confirmed the 100th Trump judicial appointee in early May, and some believe the confirmation of Justice Brett Kavanaugh entrenched an anti-Roe majority on the Supreme Court.

Whatever their plans, a legislative effort to protect Roe is unlikely to succeed in the near-term, given Republican control of the Senate. Administrative efforts to repeal pro-life regulations like the domestic gag rule — which bars providers who receive Title X dollars from making abortion referrals — could easily be achieved by a Democratic president, however.

There are several abortion-related cases currently pending before the high court. The disputes relate to pro-life measures adopted in Indiana and Louisiana.