Hezbollah has been forced to make “draconian cuts” to its expenditures as a direct result of President Donald Trump’s 2018 sanctions on Iran, according to The Washington Post.

Hezbollah, a U.S.-designated terrorist group, received upwards of $700 million a year, or 70% of its revenue, from Iran in the past. But Iran’s ability to finance the Lebanese militia group has been significantly curtailed after Trump pulled out of former President Barack Obama’s 2015 nuclear deal, WaPo reported on May 18.

“There is no doubt these sanctions have had a negative impact,” a Hezbollah official told WaPo. “But ultimately, sanctions are a component of war, and we are going to confront them in this context.”

The Trump administration claims that $10 million has been wiped off of Iran’s bottom line since November.

Some Hezbollah fighters have been furloughed and others have been assigned to the reserves, resulting in little to no pay, according to an administrative employee of the group.

Officials and fighters who’ve kept their job are also feeling the pinch, losing access to auxiliary benefits such as meals, gas and transportation, according to another Hezbollah official who spoke with WaPo.

Other wealthy financiers of Hezbollah from Lebanon and abroad have also been deterred by a separate set of sanctions targeting companies and banks that conduct business with the group, according to Washington Institute for Near East Policy Hezbollah analyst Hanin Ghaddar.

Hezbollah leader Hassan Nasrallah called on his followers in March to contribute to “a jihad of money” in an effort to compensate for its dwindling revenue streams. Hezbollah’s social media sites are telling Lebanese citizens it’s their “religious duty” to contribute to Hezbollah-run charities. 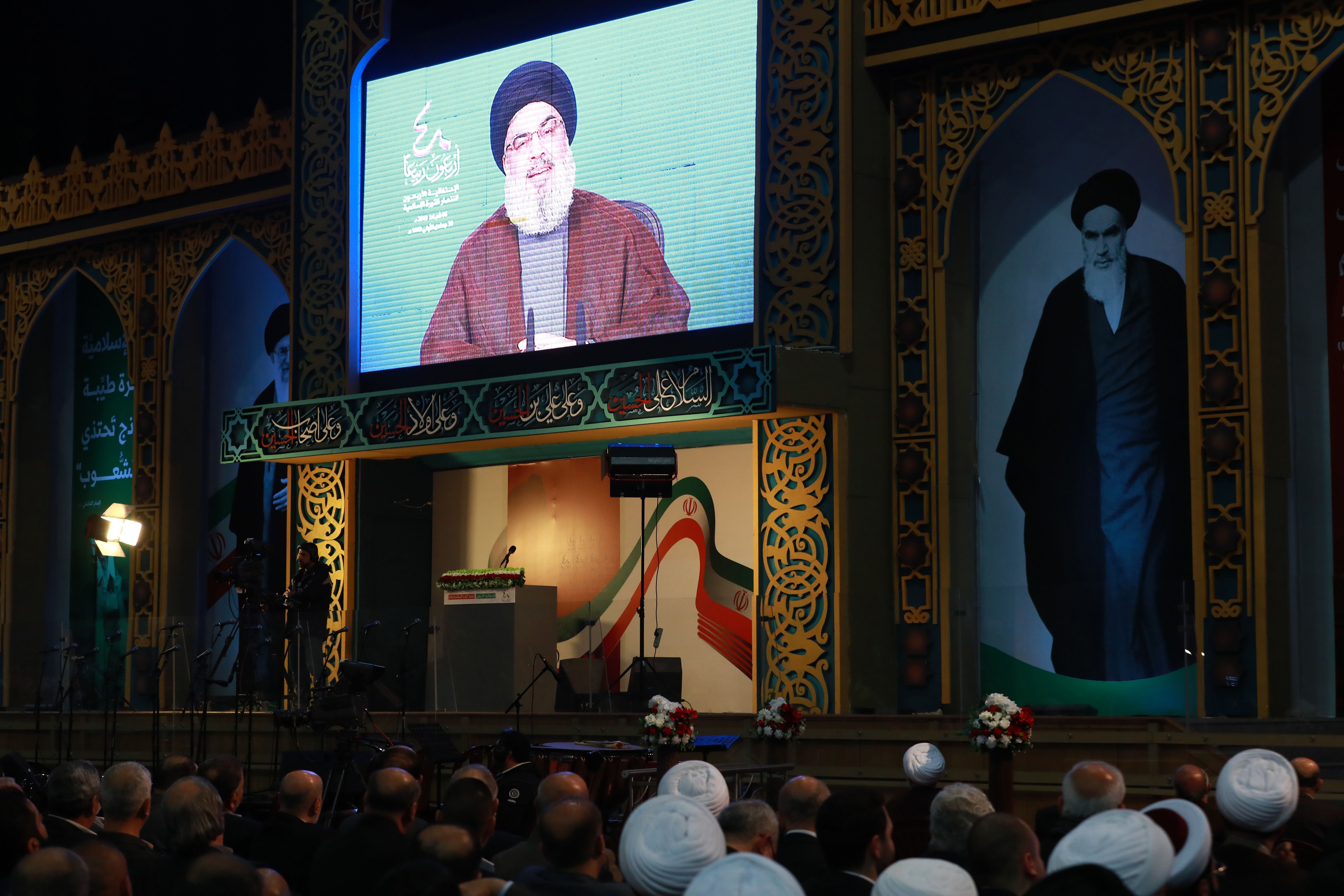 Supporters of Lebanon’s Shiite movement Hezbollah listen to a speech by the movement’s leader Hassan Nasrallah on a large screen, during celebrations marking the 40th anniversary of the Iranian revolution in the capital Beirut’s southern suburbs on Feb. 6, 2019. (Photo by ANWAR AMRO/AFP/Getty Images)

The U.S. designated Hezbollah as a terrorist group in the 1980s after it was found responsible for a series of suicide bombings of Americans in Lebanon.

The United Kingdom followed suit in February, announcing it will ban Hezbollah and that any member or supporter of the terrorist group could face up to 10 years in prison. (RELATED: UK To Add Hezbollah To List Of Banned Terrorist Groups)

Legislation a bipartisan group of lawmakers introduced on May 16 would make $1.68 billion available to the families of 241 American servicemen killed in a 1983 Hezbollah bombing.

“Terrorists, and those who support them financially, must be held accountable for the 1983 Marine Barracks attack that took the lives of 241 American service members, including 220 Marines,” Republican Rep. Greg Pence of Indiana told The Daily Caller News Foundation. “This legislation will help victims and their families obtain just a small amount of justice.”