President Donald Trump appeared to confirm reports Sunday that he personally authorized a cyber attack on Russia during the 2018 midterm elections.

“I would rather not say that, but you can believe that the whole thing happened, and it happened during my administration,” Trump said during a Fox News interview Sunday, apparently referring to a report that he authorized a cyber attack on Russia as the 2018 midterm election season neared.

“Nobody’s been tougher to Russia than me,” the president added in response to questions about his relationship with Russian President Vladimir Putin. Trump also appeared to express skepticism about intelligence from his national security team. (RELATED: AG Barr ‘Concerned’ That Steele Dossier Was Russian Disinformation) 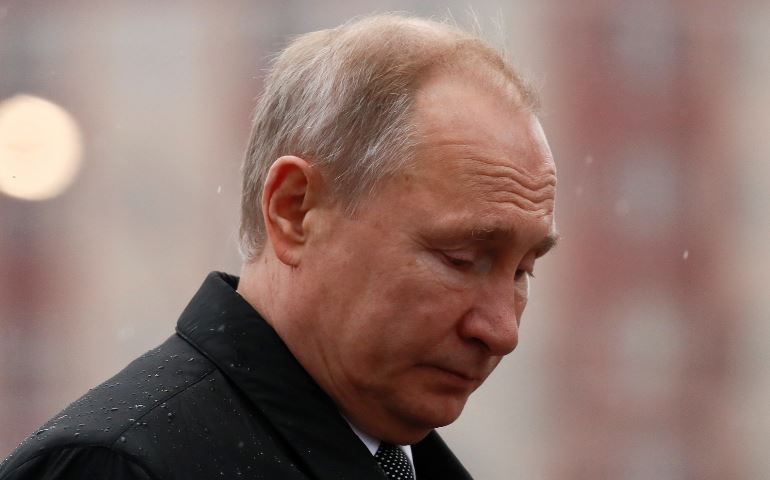 Russian President Vladimir Putin takes part in a wreath-laying ceremony at the Eternal Flame memorial after the talks with his Kyrgyz counterpart Sooronbay Jeenbekov in Bishkek, Kyrgyzstan March 28, 2019. REUTERS/Maxim Shemetov

Trump’s admission comes after a Washington Post report in February suggested that the US military blocked access to the Internet Research Agency (IRA), a Russian troll farm, during the midterms.

The National Security Council has not responded to reporters’ requests for comment.