‘Never meet your heroes’ is a saying as old as time itself. The lesson contained in it is valuable, but not for the reason many think.

Often a person you admire will let you down once you get to know them. But if that’s true, then the problem is you; not the person you admire. Men — all men — are flawed, sinful, and imperfect. Even those you consider saints.

Washington, Gandhi, Churchill, etc. — all great men who did great things. You would not luxuriate in the splendor of the United States were it not for George Washington. But what if you I told you he not only kicked gay people out of the military, he said sodomy evoked in him a feeling of “detestation”?

Or take the great and peaceful Gandhi. We all know that peaceful, frail looking old man wouldn’t hurt a fly. Right? But he is also the same Mahatma Gandhi who said Indians were “infinitely” superior to black people.

Surely Winston Churchill is a good guy, right? He is the savior of Europe! Surely, he must be a saint. But his support for the firebombing of 20,000 civilians in the city of Dresden will probably be left off his application for sainthood.

War is not pretty. It is not glorious. Hans Zimmer’s latest musical score does not play in the background. War is misery. Everything about it is ugly. Even the smell of it is ugly. And I’m not just talking about the dead bodies. Or the people who lost control of their bowels when the shooting started. We were in MOPP gear and didn’t see so much as a garden hose during our first few weeks of combat. Let alone a shower. To this day, I’m pretty sure we had brand new organisms, never before seen on earth, growing on our bodies. (RELATED: The Inside Story Of The Decorated Navy Seal Facing Trial For Alleged War Crimes)

Men who fight wars often aren’t pretty either. Warriors do not look like Captain America. They don’t refrain from cursing and they don’t call their mothers every day to check in. They get tattoos you wouldn’t want to see in your board meeting. They smoke and they drink and they speak about women in ways that would make most of you cringe.

That is just conventional war. Which does not even scratch the surface of unconventional war and the unconventional warriors who fight it. Make no mistake, the “War on Terror” is a unique war against an uncommon enemy. An enemy often without (or purportedly without) an official state sponsor. Therefore it is a war that is being felt most by the men of the special operations community. These men are unique and their mission is unique. They are the cream of the military crop, and endure unending rigors just to qualify for these elite units, then immersed into an unending stream of combat that most will never know. 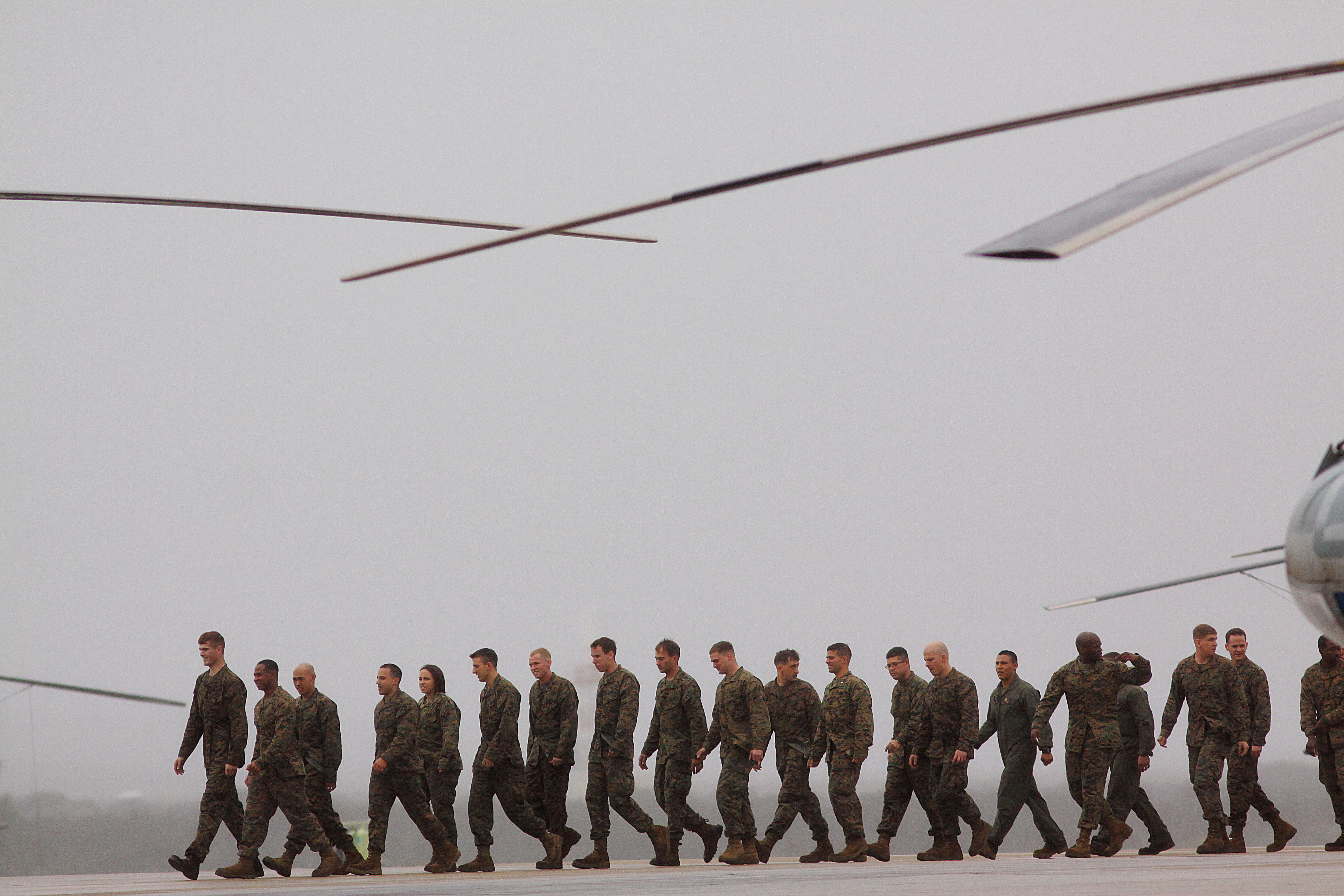 The average special operations warrior spends the bulk of his time in dangerous training or deployed to the worst places on earth. While you’re having Thanksgiving dinner, he is desperately trying to save a fallen brother with a sucking chest wound as he writhes in the dirt. While you crawl into your Egyptian cotton sheets at night and reminisce about a day at work, he is in a cot in Afghanistan preparing his mind to turn a man’s head into a pink mist on his front porch as soon as he hears the mission is a go. These men are unique and highly trained. But they are not superhuman. That kind of continuous immersion in combat changes people.

I do not expect everyone to relate to the adjustments a man’s mind must make to get to this place. I don’t relate myself. But I know enough to know that I cannot relate, and you should acknowledge the same. Some men are just built differently and they live different lives than we live. You don’t need to revere them, but you certainly shouldn’t hate them. And you should possess the self-awareness to know that you are not one of them and cannot comprehend the world in which they exist.

Which brings us to Eddie Gallagher. He could be guilty of the crimes of which he has been accused. He could be completely innocent. I was not there. You were not there. We do not know. Given the absence of any physical evidence, and the fact that the “witnesses” are now clamming up and now refuse to talk, the charges against him appear flaky at best. Congressman Duncan Hunter reviewed the GoPro footage and said it was exculpatory for Chief Gallagher.

In fact, no matter how salacious the headlines and slanted cable news coverage, there appears to be almost nothing to convict the man at all. Dark humor text messages between SEAL teammates do not make a murder. Yes, he is being accused by his own men. But his own men are also the ones defending him. One has declared he’ll head to the brig before speaking out against Gallagher. Here, read this headline. Then actually read the information contained. (RELATED: Trump Might Be Preparing Pardons For Service Members Accused Of War Crimes)

Make no mistake about it, the newfound interest you see in painting Eddie Gallagher as some sort of bloodthirsty war criminal has precious little to do with what Gallagher did or didn’t do. This is now about Trump. As soon as reports leaked that Trump was considering a pardon for Gallagher, he became just another anti-Trump proxy war for the media to fight. And the truly disgraceful thing is that Trump and the media will survive this proxy war just fine. But Eddie Gallagher’s reputation is already swinging from the gallows. And what if he’s completely innocent?

The lack of any kind of evidence or willing witnesses says that he certainly might be. Our media, anxious for any chance to destroy Trump, just publicly executed the reputation of a man who’s spent the better part of the last two decades as the tip of America’s spear. He’s got a stack of ribbons and medals to prove it. Eddie Gallagher deserves your respect until it’s proven otherwise. If you can’t give him that, at least have the integrity to give him your silence.