Parscale, however, contended in a Tuesday statement that the campaign’s data is being misrepresented through “selectively leaked information.”

“They continue to lie with polling to fit their narrative,” Parscale claimed, referring to the various media outlets who picked up the report. “The fact is @realDonaldTrump is doing better now, than ever before, in our polling.”

My statement on the the #FakeNewsMedia producing stories about internal polling in Wisconsin, Michigan, and Pennsylvania. They continue to lie with polling to fit their narrative. The fact is @realDonaldTrump is doing better now, than ever before, in our polling. pic.twitter.com/179qS29aW1

“The truth is, the picture being painted is intentionally false, because the information only pertains to a subset of questions asked,” Parscale wrote. “Naturally, the fake news media has reported it breathlessly because it fits their preferred narrative about President Trump.”

Parscale did not elaborate on what “subset of questions” the campaign asked voters in those states.

Parscale also took issue with the media focusing on “head-to-head matchups polled 18 months before an election,” noting that the Democratic presidential contenders still have a “brutal primary” to endure. 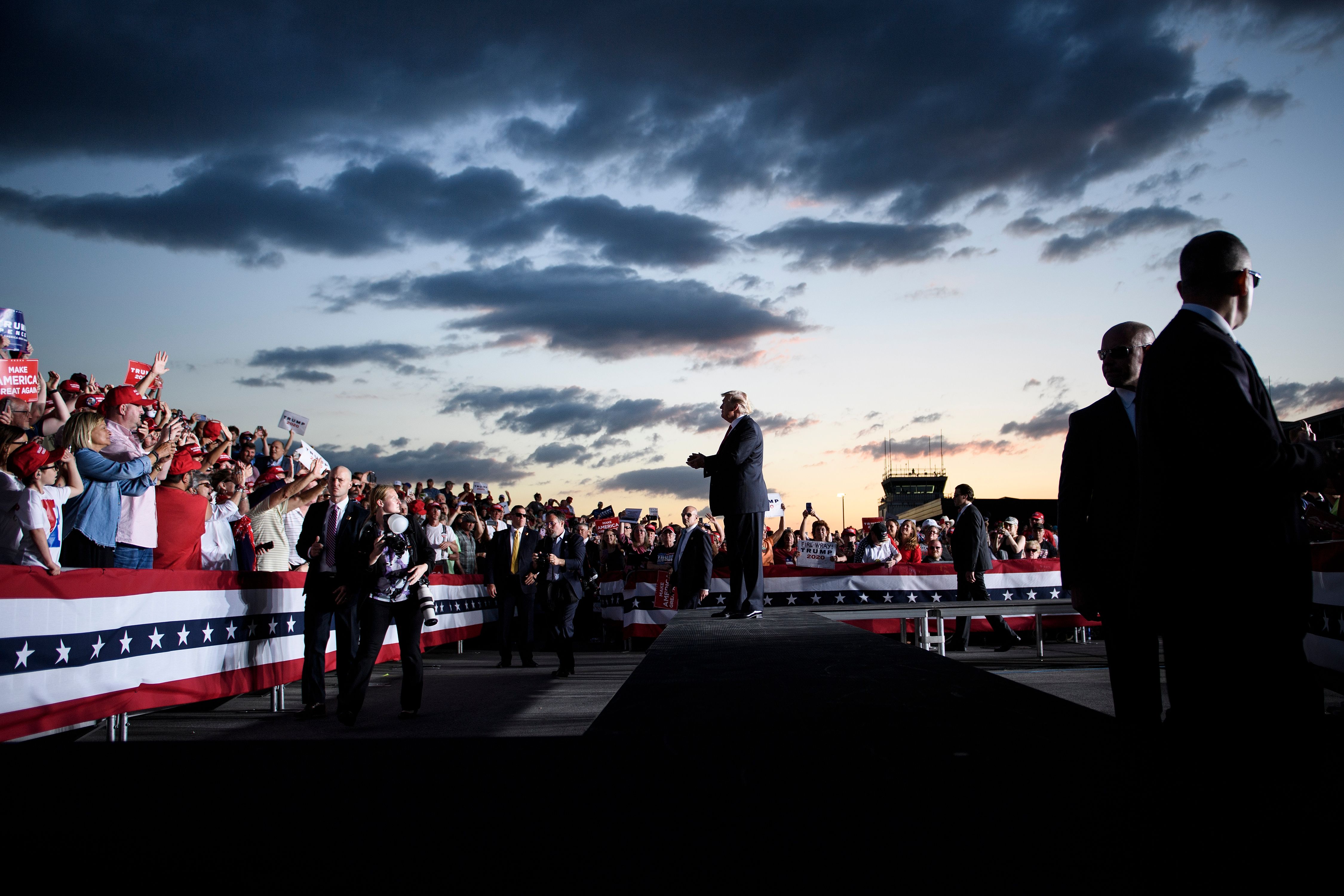 His comments echo the message of senior campaign officials, who told The Daily Caller last week that they expect the eventual Democratic nominee to be beat up and broke, thus making them easier to defeat.

The campaign also downplayed a potential Biden threat, with communications director Tim Murtaugh asserting that Biden will turn out to be just as socialist and as radical as they view rest of the field.

“Biden himself has acknowledged a number of times he’s not even trying to be a centrist,” Murtaugh said, pointing to the former VP’s comments about climate change.

The president traveled to Pennsylvania on Monday night for a rally, where he attacked Biden and claimed that the former Delaware senator betrayed the state and its workers.

Parscale concluded his statement, “President Trump will win Pennsylvania, Michigan and Wisconsin as part of an electoral landslide.”