Lindh, who pleaded guilty to charges of “providing support to the Taliban and to carrying a rifle and grenade,” was interrogated by Johnny Micheal Spann before a 2001 uprising in an Afghanistan prison that resulted in the CIA officer’s death. Spann was the first U.S. casualty of the war, according to The Washington Post.

When he was 16, California-born Lindh converted to Islam, according to The New York Times. He traveled to Yemen and then Afghanistan, where he began to train at an al-Qaeda camp.

Lindh, now 38, said at his original trial that he made an error when he joined the Taliban. However, leaked U.S. government counterterrorist assessments showed Lindh as a supporter of extremism and noted that, as of May 2016, he “continued to advocate for global jihad” and was still writing and translating “violent extremist texts,” according to a 2017 report by the National Counterterrorism Center.

Many are questioning whether releasing Lindh is the right decision. Republican Alabama Sen. Richard Shelby and Democratic New Hampshire Sen. Margaret Wood Hassan wrote a letter expressing their concerns, saying “neither the Bureau of Prisons nor the Federalists Judiciary’s Probation and Pretrial Services have sufficient nationwide programing to prevent incarcerated terrorist offenders from returning to violence upon completion of their sentence.”

The letter, sent to Hugh Hurwitz, acting director of the Bureau of Prisons, also mentions 108 other terrorist offenders are “scheduled to complete their sentences and be released from U.S. federal prisons over the next few years.”

“[Spann] had three kids, a wonderful wife, and I guarantee you right now they are living through a nightmare knowing that this man could be back out on the streets without any kind of following by the government to ensure they know where he’s at and what he’s doing,” Wright told “Fox & Friends” in March. 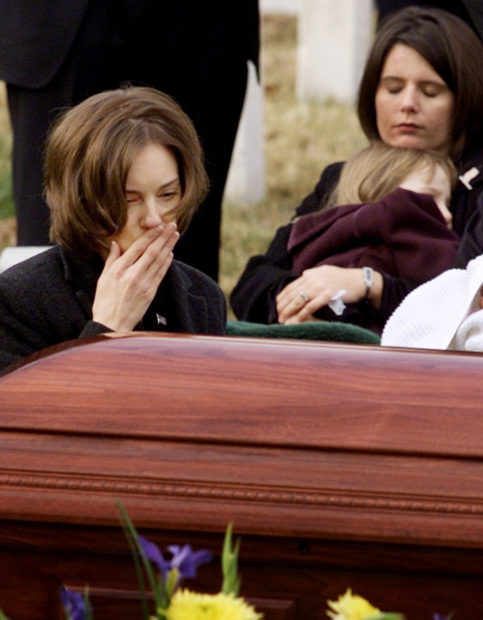 Upon his release, Lindh will not be allowed to go online or have any devices that allow him to access the web without first asking his probation officer. If he does receive permission, all of his online activities will be monitored and he will only be allowed to communicate in English.

Lindh is also not allowed to leave the country or get a passport. He has citizenship in Ireland, which he got while in prison because his father’s mother was born there. Lindh will also need to receive mental health counseling and isn’t allowed to talk to any “known extremist.”

“He was given a 20-year sentence when it should’ve been life in prison,” Johnny Spann told The NYT.