A Democratic congresswoman’s words were officially stricken from the record after reportedly impugning the integrity of DHS acting Secretary Kevin McAleenan during a congressional hearing.

“This is more than a question of resources. Congress has been more than willing to provide the resources and work with you to address these security and humanitarian concerns,” Illinois congresswoman Lauren Underwood said Wednesday during a House Homeland Security Committee hearing.

“But at this point, with five kids that have died, 5,000 separated from their families, I feel like — and the evidence is really clear — that this is intentional. It’s a policy choice being made on purpose by this administration and it’s cruel and inhumane,” she asserted, drawing audible reaction from the room.

The first-term Democrat’s comments were directed at McAleenan, who was there to give testimony about his department’s budget request.

“That’s an appalling accusation, and our men and women fight hard to protect people in our custody every single day,” McAleenan said in response. “We’ve asked for these resources three weeks ago — it hasn’t been responded to by Congress — and we’ve asked for changes in authorities for the last three years that would’ve prevented this from happening.”

“You cannot impugn the character of the witness by stating that he intentionally murders children. That is completely inappropriate and her words should be taken down,” Rogers explained. “She was very explicit.”

A majority of the lawmakers present appeared to agree with Rogers’ sentiments. Seven congressmen voted against nixing Underwood’s statements, but nine congressmen voted in favor of doing so. The committee vote proved to be a sharp rebuke to Underwood, who defended her criticism of DHS throughout the debate. 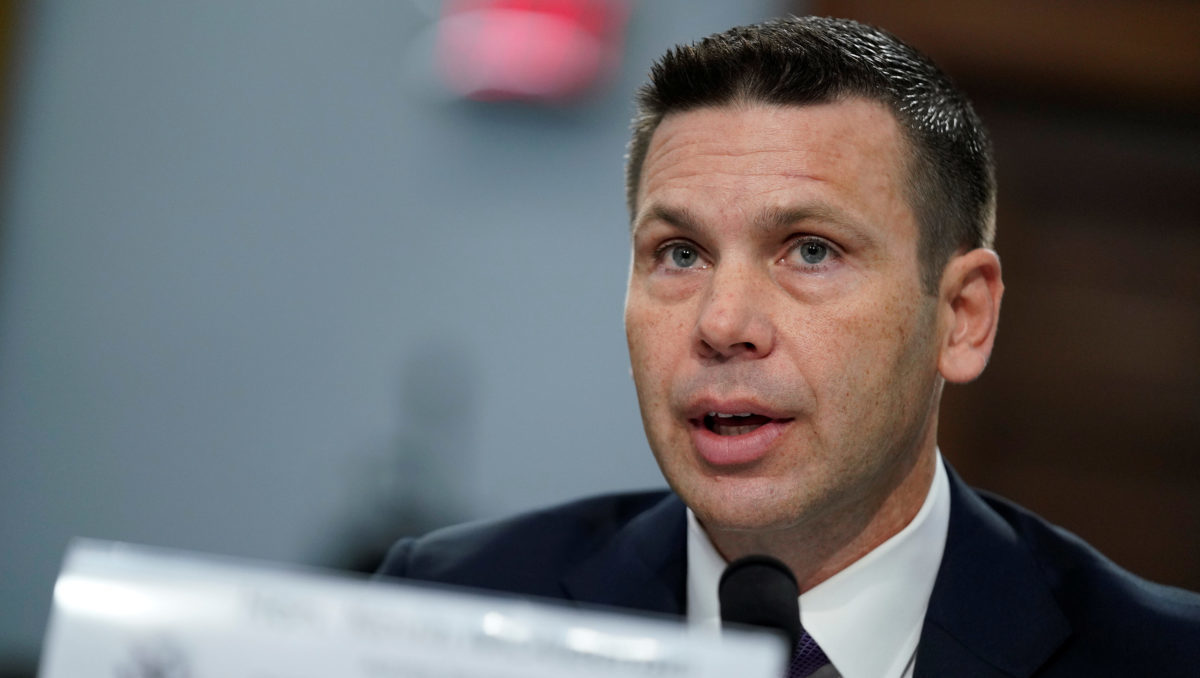 The incident follows the death of a 16-year-old Guatemalan migrant who passed away while in Border Patrol custody.

The Guatemalan teenager was apprehended on May 13 for crossing the U.S. border illegally near Hidalgo, Texas. He was diagnosed with the flu and prescribed medication on Sunday after informing medical staff that he didn’t feel well. However, he was found unresponsive the following morning while in the Weslaco Station in Texas.

During the Wednesday hearing, McAleenan said these types of tragedies are “devastating” to his department, and he pleaded with lawmakers to send additional funds to DHS and enact legislative reforms. The acting Homeland Security secretary said a lack of proper resources and restrictive laws are the root cause of these tragedies. Immigration officials, he argued, are past their breaking point in the midst of the border crisis. (RELATED: Acting DHS Chief: Illegal Migrants Won’t Be Dumped In Florida)

“I am highly concerned my colleagues on the other side of the aisle are using politics to block DHS from doing its job and securing our southern border,” Tennessee Republican Mark Green said during the hearing. “My colleagues claim to be a party that defends federal workers, but where are they now defending our brave ICE agents? Where are they in helping those that serve us?”