An 86-year-old ethnic-Greek citizen of Turkey, Zafiris Pinaris, was found murdered in his home on the island of Imbros (Gökçeada) with his hands and feet tied on May 14. He was reportedly tortured. The local press covering the incident are labeling it a hate crime and Turkish authorities have opened an investigation into the matter.

The opposition MP, Tuma Çelik, has submitted a parliamentary motion regarding Pinaris to be answered by the Minister of Justice Abdulhamit Gül. The motion said that “Since the past, Greek, Assyrian and Armenian houses have been targeted and ‘treasures’ have been hunted for in those places on the pretext that the minorities are ‘wealthy.’”

“Pinaris was an artisan, very healthy despite his age, and a member of the Greek society who lived in the island for a long time. It has been stated in the news that three people were detained on the ground of their involvement in the attack, and that those who entered the house of Pinaris to steal his money battered and killed him,” the motion reads.

“Pinaris was first taken to the Gökçeada State Hospital and then to Bursa Forensic Medicine Institute for autopsy. However, since last week, there has been no statement made by the local authorities regarding the incident,” the motion continued, adding that, “the murder of Zafiris Pinaris has led to the recurrence of the previous traumas as well as uneasiness among the island residents.” (RELATED: Turkey Seeks To Extradite NBA Star Who Opposes Erdogan)

Imbros is historically a Christian island that was primarily inhabited by Greeks from antiquity until the 1960s. When Constantinople (today Istanbul) was invaded by Ottoman Turks in 1453, Imbros also fell to the Ottoman Empire and then passed on to its successor, Turkey.

According to the 1960 population census, around 5,500 ethnic Greeks lived in the island of Imbros. Today, the Greek population there is around 300. This decline of population is the result of a carefully planned campaign of ethnic cleansing that lasted for decades. 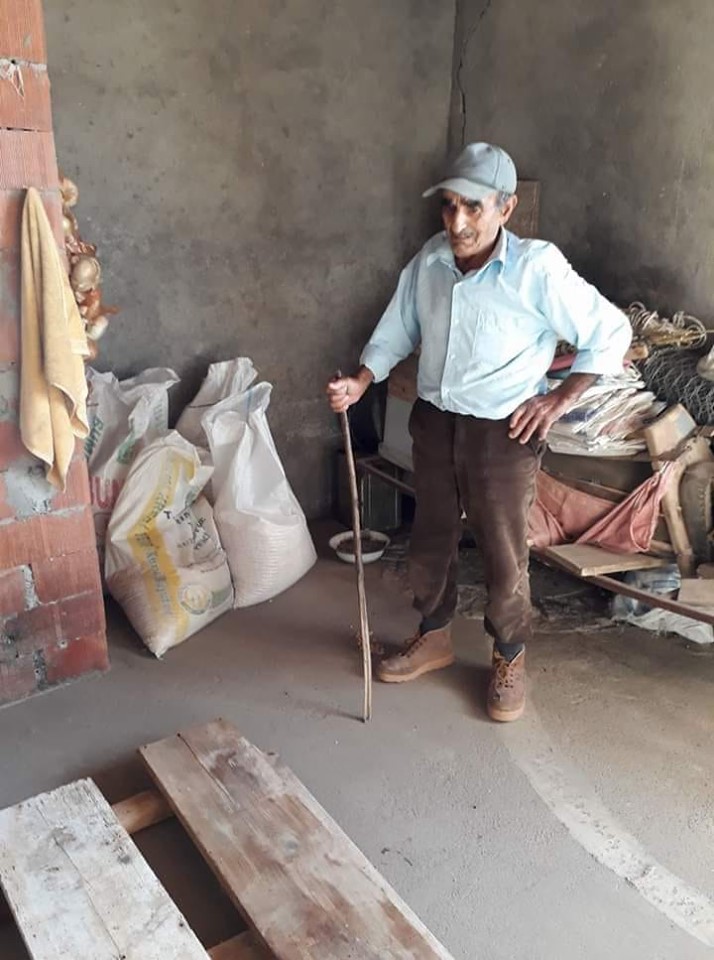 The 1923 Lausanne Treaty, which recognized the borders and independence of Turkey, established a special status – including the right to a Greek local administration – for the then Greek-populated Aegean islands, Imbros and Tenedos (Bozcaada). The Greek residents were supposed to be protected by the Turkish government, according to the treaty.

However, those provisions of the treaty were never honored by Turkey.

“The Turkish government promptly took over the administration of the islands, including the judiciary, the police, and the port authorities and customs officers. It also chose the members of the administrative council. Turkey confiscated the lands of those who had left the islands and did not permit the owners to return. The use of the Greek language for official communications was abolished,” according to a 1992 report by Helsinki Watch.

And in the 1960s, an ethnic cleansing campaign was accelerated by the Turkish government.

The fact that the ethnic cleansing was state-planned came to light in 2014 when the human rights lawyer, Erhan Pekçe, found in a second-hand bookshop in Izmir a report marked “Top Secret” about the practices implemented by the government to Turkify Imbros.

The Committee Against Racism and Discrimination of Turkey’s Human Rights Association (IHD) then held a press conference in Istanbul on September 6, 2014, the anniversary of the September 1955 anti-Greek pogroms, when activists shared the findings of the report with the public and distributed its copies to journalists in attendance.

Ayşe Günaysu, a prominent human rights activist based in Istanbul, was among the team that led the efforts of bringing awareness to the ethnic cleansing in Imbros. “According to this top-secret report, Turkey’s National Security Council (NCS) took a decision in 1964 about Imbros’ Turkification,” she told The Daily Caller. “The aim of the NCS was ‘to prepare all the necessary economic, social and spiritual conditions for the Turkification of the island, enabling the [Turkish] immigrants to permanently settle on the island and for a full eradication of the Greek aspirations.’”

“The names of the Greek inhabitants of the island were also listed one-by-one in the report with information about their respective professions and alleged political tendencies,” Günaysu added. “The report also refers to Greek schools and other Greek institutions as ‘hotbeds of conspiracy.’” (RELATED: Erdogan Cracks Down On Onions In Turkey)

The Turkification of the island happened in “a detailed and carefully designed process,” said Günaysu. “The sense of security, educational rights, language, and economic well-being of the Greek Christians on that island were all targeted systematically.” 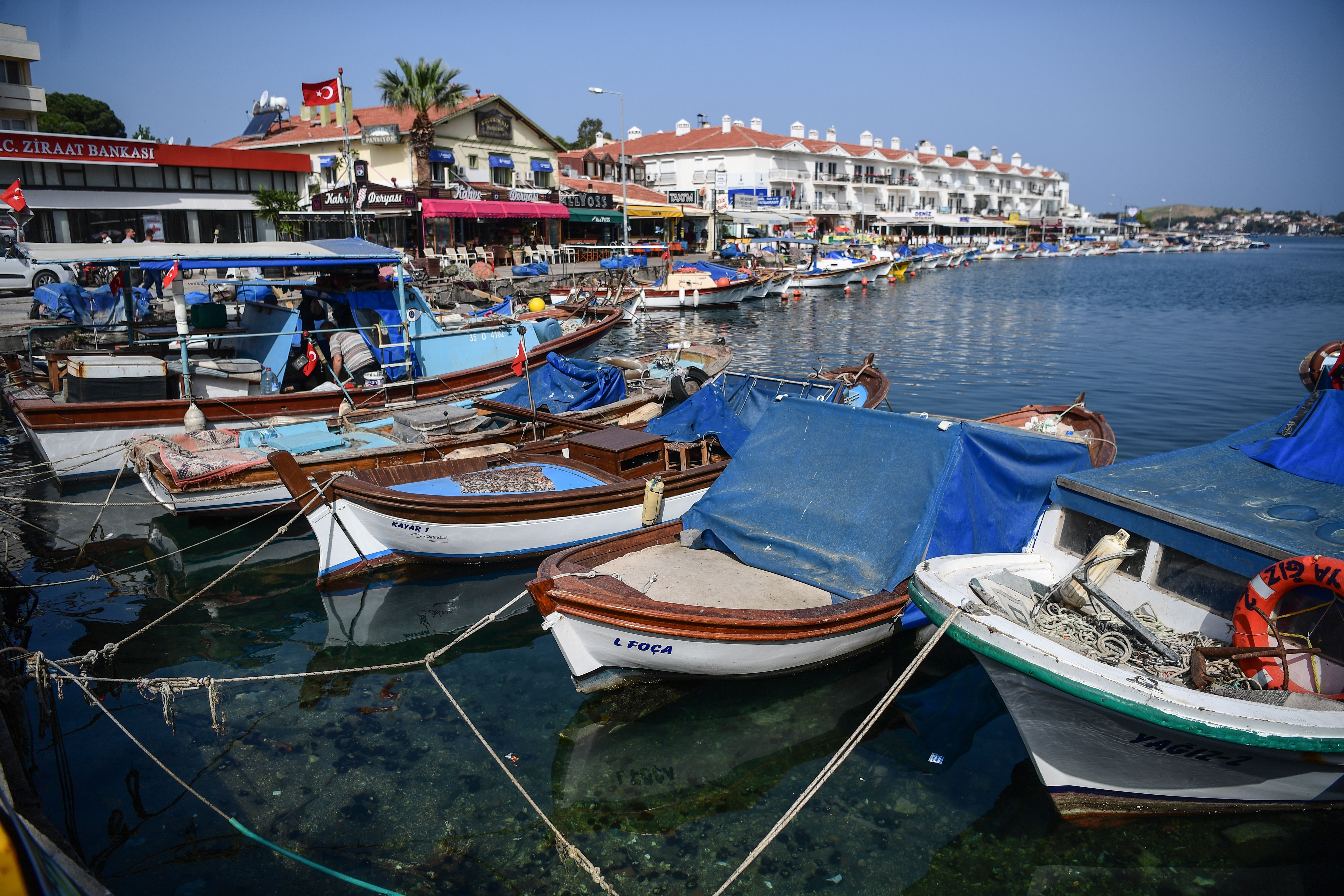 Fishing boats are moored in the harbour of Foca, on the Agean Sea, northwest of of the city of Izmir on April 17, 2018. (Photo by OZAN KOSE/AFP/Getty Images)

While all these policies were implemented, ethnic Turks were settled on the island en masse. And in 1970, the name of the Imbros island was changed to “Gökçeada,” accompanied with the Turkification of the names of hundreds of historically Greek localities.

“The rapid decrease in the Greek resident population and the equally rapid increase in the number of Muslims/Turks clearly reveal the ‘population engineering’ designed by the Turkish state,” according to Günaysu.

“Attorney Pekçe also found out that the sale of property to Greek Christians was subject to a special procedure and permission different from the one provided for Muslim citizens,” Günaysu added.

Meanwhile, Christian places of worship on Imbros have also been systematically targeted. “Between 1960 and 1990 about 200 churches and chapels were reportedly destroyed,” according to Helsinki Watch. (RELATED: Let’s All Agree Not To Visit Turkey)

A 1992 letter to Helsinki Watch by the the Panimbrian Committee, a group of emigres from Imbros living in Greece, also revealed the terror imposed on Greek islanders, who were “considered by the [Turkish] authorities to be second class citizens.” The letter said, in part:

“Their painful experiences since 1964 have made a deep mark on their lives. They are afraid to express their feelings, to protest against certain actions of the authorities or the Turkish settlers, to call themselves Greeks, to call the island ‘Imbros’ instead of ‘Gökçeada’ or even to allow anybody to make use of their names when they give some information referring to the violation of their rights, fearing the consequences which they will have to face from the Turkish authorities. We encounter the same attitude and the same fear also in persons who, living in Greece and visiting Imbros during the summer, are afraid of the consequences during a possible next visit.

“Several Greeks residing on the island are recipients of letters containing threats on their lives, mentioning that they will have the fate of Deliconstandis who was murdered in 1990, and stating that they should either leave the island or sell their remaining unexpropriated real estate.”

Zafiris Pinaris was one of the few who chose to stay in his ancestral homeland against all odds. And for that, on May 14, he was tortured to death.

According to Helsinki Watch, “The Turkish government has denied the rights of the Greek community on Imbros and Tenedos in violation of the Lausanne Treaty and international human rights laws and agreements.”

The result of all the systematic pressure and attacks against ethnic Greeks has been the annihilation of the Greek population of the island.

The ethnic cleaning of Greeks of Imbros reveals once again the relentless Turkish genocidal hatred for Hellenic culture and Christianity. Turkey is a member of NATO, and its accession to the EU is supported by the political elite of much of Western Europe.