“Where are the Republicans who falsely blamed Democrats in the past for blocking this aid?” he continued.

Schumer released his statement after Republican Kentucky Rep. Thomas Massie temporarily derailed a $19.1 billion disaster relief package by objecting to a unanimous consent vote — the objection did not block the legislation, but rather required the House to vote on the measure through a roll call.

Massie was the second Republican to oppose passing the legislation without a roll call vote. Republican Texas Rep. Chip Roy voted down the unanimous consent vote hours after most members of Congress left Washington D.C. for Memorial Day weekend.

“Major legislation that spends taxpayer dollars should be discussed, debated, and members should cast a vote,” Roy said after Massie’s “no” vote. “That is how our system is set up. That is how it is supposed to operate.”

Schumer’s condemnation comes only months after he notably approached Feinstein on the Senate floor and convinced her to change her vote on a $13.5 billion package for disaster relief from recent floods, hurricanes and wildfires. 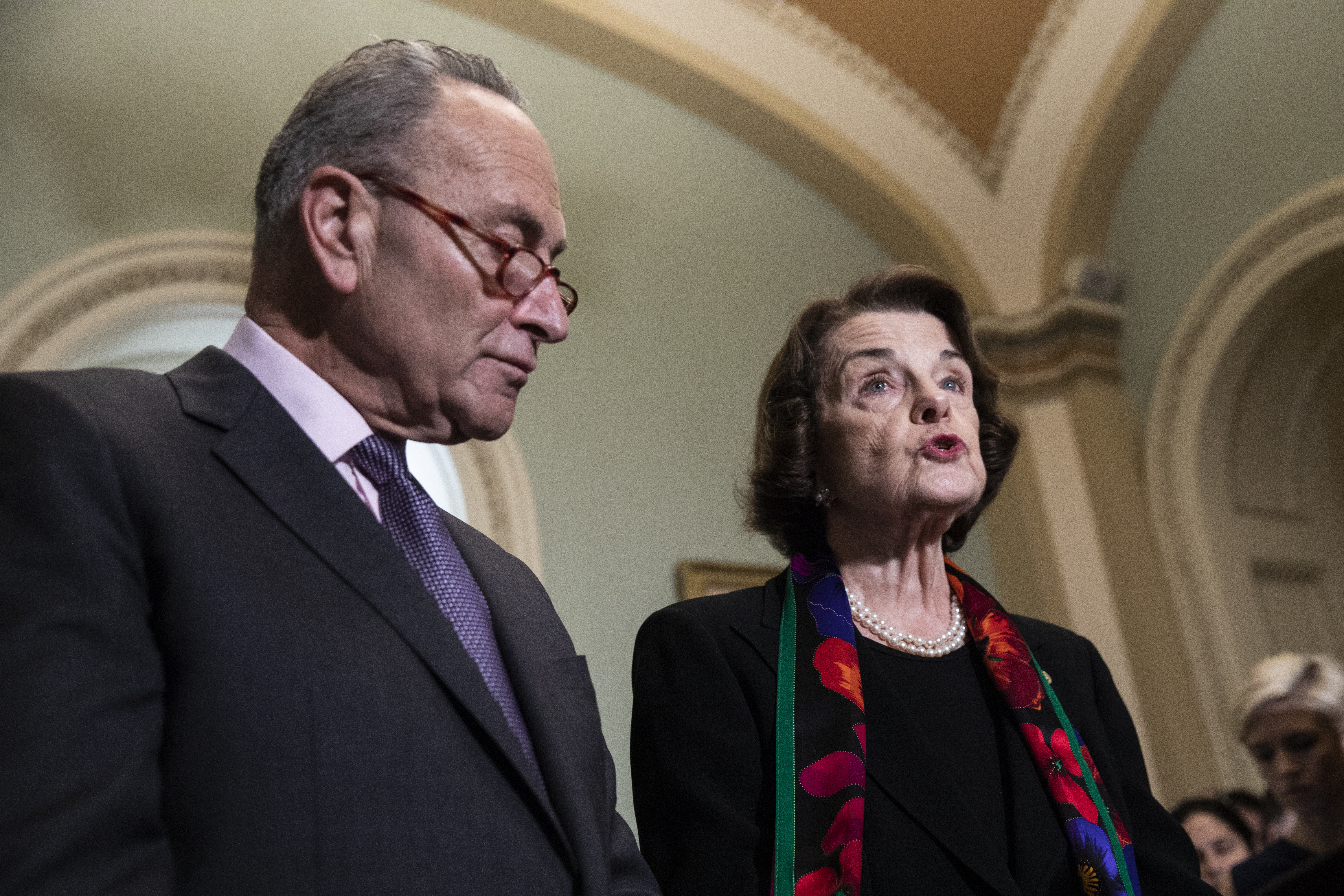 Feinstein initially voted in favor of the legislation, however, only seconds after casting her vote, the New York senator confronted her and following the conversation, Feinstein immediately walked to the clerk and flipped her vote to “nay.”

The bill ultimately failed to advance in the Senate after it was voted down by 44 to 49. It would have provided $610 million in nutrition assistance to Puerto Rico, however, Senate Democrats reportedly voted against the bill claiming the island needed more money.

House Speaker Nancy Pelosi also expressed outrage over Massie’s objection despite refraining from condemning Senate Democrats over their opposition to the disaster relief bill package in April. (RELATED: Feinstein Flips Vote On Disaster Relief After Schumer Talks To Her)

“The heartlessness of House Republicans knows no bounds,” Pelosi said. “Just days after sabotaging a bipartisan and bicameral bill to provide urgently-needed relief to millions of American families reeling from natural disasters, House Republicans have repeated their stunning act of obstruction.”

Roy and Massie both fired back at Pelosi over the accusation.

“Hey [Pelosi] – what’s wrong with voting? It’s our job. I’m on a plane back to DC as soon as you give the word,” Roy tweeted. “While you’re at it — how about a vote on the full border supplemental?”

“If Speaker Pelosi considered this must pass legislation, why did she send everyone home on recess for ten days before voting on it?” Massie asked.