New evidence allegedly shows the Trump administration wants to add a citizenship question to the 2020 census to give a political advantage to Republicans, a civil rights group claims.

The coalition is one of many plaintiffs challenging the citizenship question in court.

“The new evidence thus not only contradicts testimony in this case, but it shows that those who constructed the Voting Rights Act rationale knew that adding a citizenship question would not benefit Latino voters, but rather would facilitate significantly reducing their political power,” the letter adds.

The revelation comes as the Supreme Court is deciding whether to let the administration include a citizenship question.

The plaintiffs are asking Furman to consider sanctions against the government. Trump administration officials testified that they need precise citizenship data to improve enforcement of the Voting Rights Act (VRA). The evidence about Hofeller’s involvement renders that testimony “misleading or false,” the plaintiffs say.

Hofeller conducted a 2015 study that found using the number of voting-age individuals as a baseline for redistricting instead of total number of people would advantage Republicans and non-Hispanic whites. Justice Department lawyers borrowed from that same report in a 2017 letter to the Commerce Department asking Secretary Wilbur Ross to include a citizenship question on the census questionnaire, the plaintiffs claim. The commerce secretary supervises the Census Bureau.

What’s more, the plaintiffs charge that Hoefeller himself drafted an earlier version of that Justice Department letter. All told, civil rights groups claim these revelations show that Trump officials testified falsely about the origins of the request for citizenship data and contrived the VRA explanation as a cover for its partisan motives. 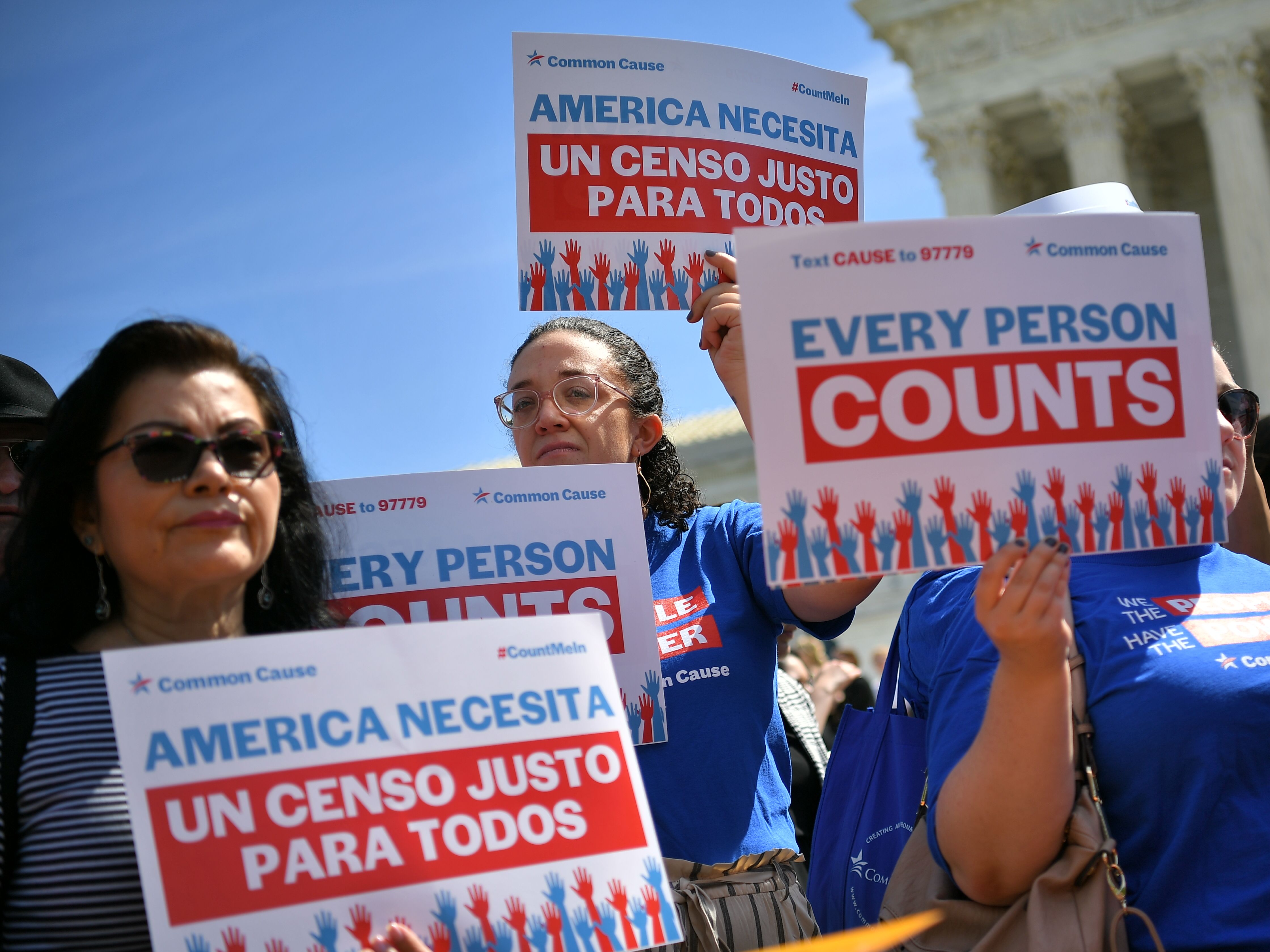 The Justice Department vigorously denied any wrongdoing, accusing the plaintiffs of last-minute brinksmanship.

“These eleventh-hour allegations by the plaintiffs, including an accusation of dishonesty against a senior Department of Justice official, are false,” a DOJ spokesperson said. “The study played no role in the Department’s December 2017 request to reinstate a citizenship question to the 2020 decennial census. These unfounded allegations are an unfortunate last-ditch effort to derail the Supreme Court’s consideration of this case.”

The American Civil Liberties Union (ACLU) notified the justices of the new evidence in a separate Thursday notice. It’s not clear how, if at all, the new evidence will affect the Supreme Court’s deliberations.

“There’s no evidence in this record that the secretary didn’t believe that the Department of Justice actually wanted this information to improve Voting Rights Act enforcement,” Francisco said.

The judge scheduled a Wednesday hearing on the plaintiff’s Thursday letter and ordered the government to submit any written response by Monday. A decision from the Supreme Court in the citizenship question case is expected by the end of June.