A deeply divided Supreme Court appeared ready to allow the Trump administration to include a citizenship question on the 2020 census form during a Tuesday morning argument, which was alternatively technical and heated.

The Court’s divide followed the usual ideological lines. Though the case involves several complex questions, ultimately the Court’s conservatives seemed to say that the citizenship question is ordinary and appropriate for the census.

“The principal purpose is to count the population, but we’ve had demographic questions on the census,” Chief Justice John Roberts said. “I don’t know how far back, but certainly it’s quite common.”

“The questions go quite beyond how many people there are,” Roberts added, noting the census forms include questions touching finances and lifestyles.

A coalition of Democratic cities, states, and civil rights groups sued the Trump administration after Commerce Secretary Wilbur Ross, who supervises the Census Bureau, authorized the inclusion of the citizenship question. The plaintiffs, citing the Census Bureau’s own findings, say the question will diminish non-citizen participation.

As such, the plaintiffs warn that the government’s move strikes at the very heart of democracy, since population is used to apportion federal funds, seats in Congress, and draw legislative district lines. (RELATED: Supreme Court Takes First LGBT Rights Case After Kennedy Retirement)

U.S. District Judge Jesse Furman barred the government from including the citizenship question in January. Furman said Ross violated a federal law called the Administrative Procedure Act (APA), finding he misconstrued the evidence of career Census Bureau experts and failed to substantiate his decisions, among other transgressions.

The Commerce Department claims it added the citizenship question at the behest of the Justice Department, which purportedly needs better data to enforce the Voting Rights Act (VRA). The plaintiffs counter that the government can use existing records from other agencies to assemble such data, which might be more accurate than the census itself. 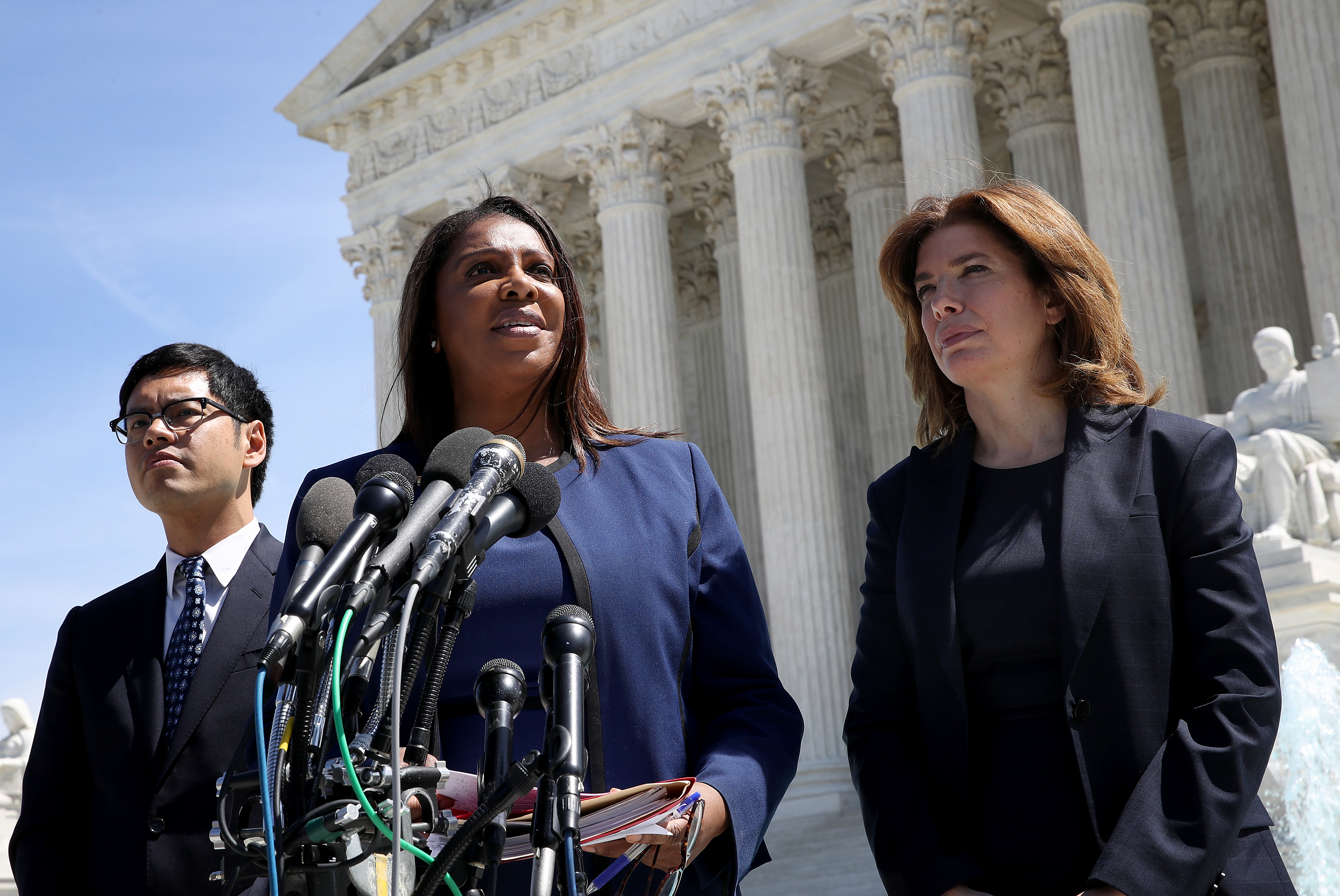 Justice Brett Kavanaugh wondered if the courts should defer to the administration if the answer to that dispute is uncertain. Elsewhere, Kavanaugh noted that questions about citizenship are common practice in other industrialized nations.

“The United Nations recommends that countries ask a citizenship question on the census,” Kavanaugh said. “And a number of other countries do it.”

Three trial judges have dismissed the government’s explanation, finding that Ross resolved to append a citizenship question early in his tenure, and sought out partners in other agencies to help him justify the change. While testifying before Congress, Ross denied speaking with anyone in the White House about the citizenship question and said the Justice Department initiated the change. The government has since conceded both claims are untrue.

“You can’t read this record without sensing that this need is a contrived one,” Justice Elena Kagan said.

Kagan also said that a number of arguments the government has since advanced in court do not appear in the record of Ross’s decision making, creating the appearance that administration lawyers are simply concocting after the fact rationalizations.

“Your [legal] briefs are extremely well done,” Kagan told Solicitor General Noel Francisco. “But a lot of your arguments just do not appear in the secretary’s decision memo.”

Citizenship questions have appeared on census forms in different iterations for most of the nation’s history. Such a question has not appeared on the standard form filled out once per decade by most American households since 1950.

Though Congress has delegated significant authority over the census to the commerce secretary, the Constitution places the census within the legislature’s domain. Justice Ruth Bader Ginsburg noted that Congress has not taken action to remove the citizenship question, though it has been aware of the administration’s intentions for some time.

“Congress has been alerted to this citizenship question for some time, and it has done nothing about it,” Ginsburg told Douglas Letter, an attorney representing congressional Democrats. “So one question is who should decide? Congress is silent. Should the Court then step in?”

Tuesday’s argument became especially tense in its final moments, when Francisco warned the Court that a ruling for the plaintiffs would empower any group in the country to dictate the contents of the census form. In turn, Justice Sonia Sotomayor pointedly asked if he was accusing Latinos as a group of boycotting the census, which is unlawful.

“Not in the slightest,” Francisco replied.

A dispute as to whether the citizenship question is constitutional did not feature prominently in Tuesday’s argument. Critics of the administration say the Constitution requires an “actual enumeration” of persons, and that any action which would substantially diminish response rates is unconstitutional.

Neither did the justices address whether Furman was correct to allow depositions of Ross and other senior administration officials. The high court intervened to stop a scheduled Ross deposition in October 2018. Furman authorized the deposition in view of evidence that Ross was hiding his true reason for including the citizenship question. When the Court took the census case in February it said the justices would also decide whether “a district court may order discovery outside the administrative record to probe the mental processes of the agency decision-maker…without a strong showing” of evidence.

A decision in the case, Department of Commerce v. New York, is expected by June.