Ottawa, Canada — Vice President Mike Pence told a Thursday afternoon news conference in the Canadian capital that he makes no apologies for the pro-life policies of President Donald Trump.

“I am proud to be part of a pro-life administration,” Pence said regarding possible resentment toward Canadian Prime Minister Justin Trudeau for delivering “sermons” on the United States “backsliding” on abortion rights. “We’ll always stand for the right to life,” he said. 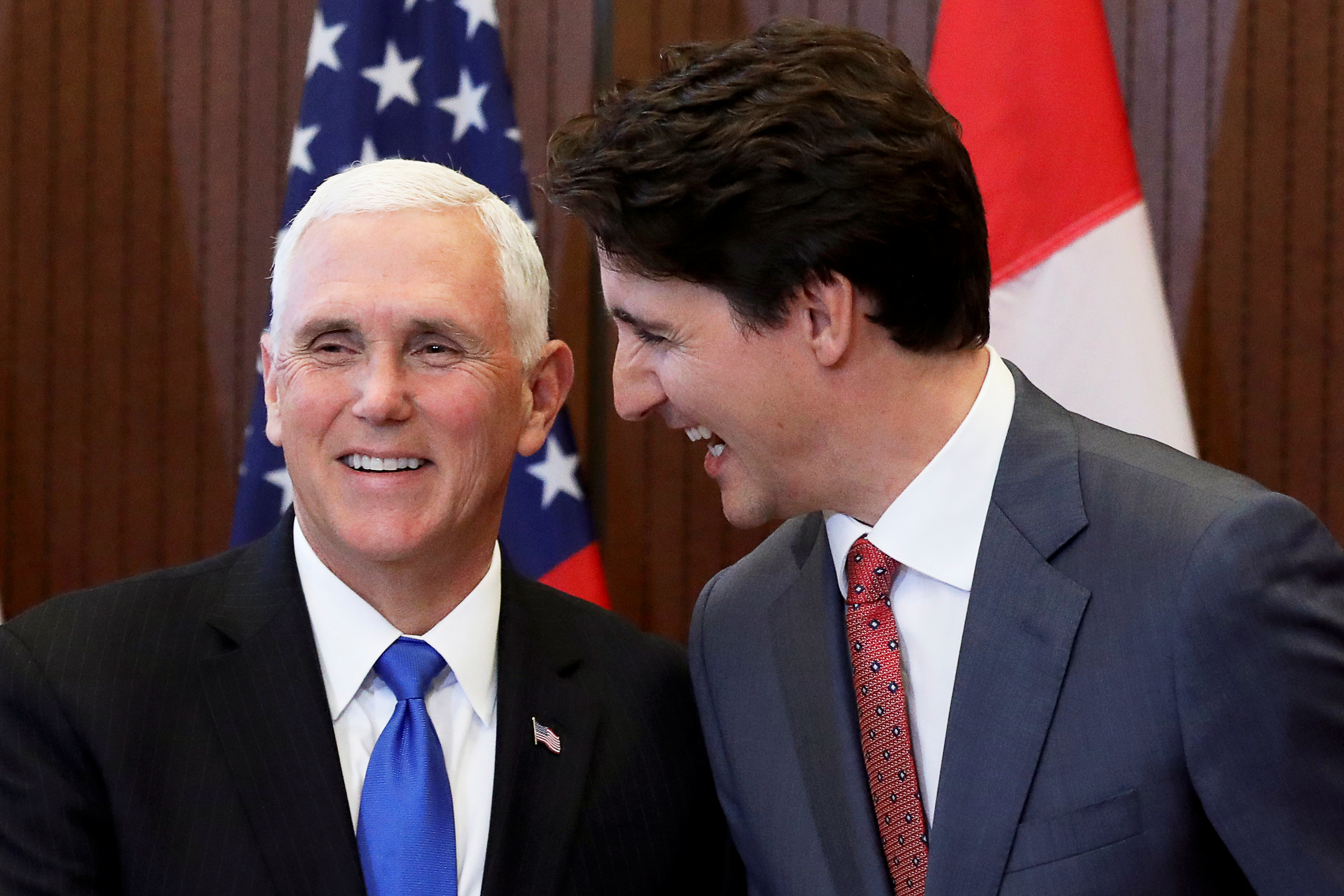 Trudeau had made abortion the focus of Pence’s visit to Canada, when he told reporters Wednesday that he planned to raise the issue of how many states are denying access to abortion. States like Alabama are embracing pro-life policies that restrict or prohibit abortions. The “Human Life Protection Act,” which the governor of Alabama signed into law last week, bans all abortion, except when the health of the mother is a vital concern. (RELATED: Mike Pence Gets Standing Ovation Despite Student Walkout During Commencement Speech)

He reiterated that concern Thursday, suggesting these states were legislating “anti-choice” laws and then claimed that he has heard a  “significant amount of concerns” by many Canadians about these laws.

There was less contention at the news conference when it focused on the ratification of the U.S.-Mexico-Canada Trade Agreement (USMCA) to which both Pence and Trudeau are committed. Pence called the deal “a win-win-win” for all three nations and said it is “superior to NAFTA in every respect” and that “free, fair and reciprocal trade is vital.” (RELATED: Trump To Pelosi, Schumer: Pass USMCA Trade Deal Before Infrastructure)

Trudeau agreed that the trade deal was better but suggested his inclusion of language about climate change, labor rights and gender equality was what made it so.

The two leaders also talked about their commitment to “finding a peaceful return to democracy” for Venezuela, although they were sharply divided about the role of Cuba in that respect, with Pence insisting Cuba exercised an aggressive influence on the South American country. Trudeau suggested that Cuba could somehow assist in Venezuela’s return to democracy. 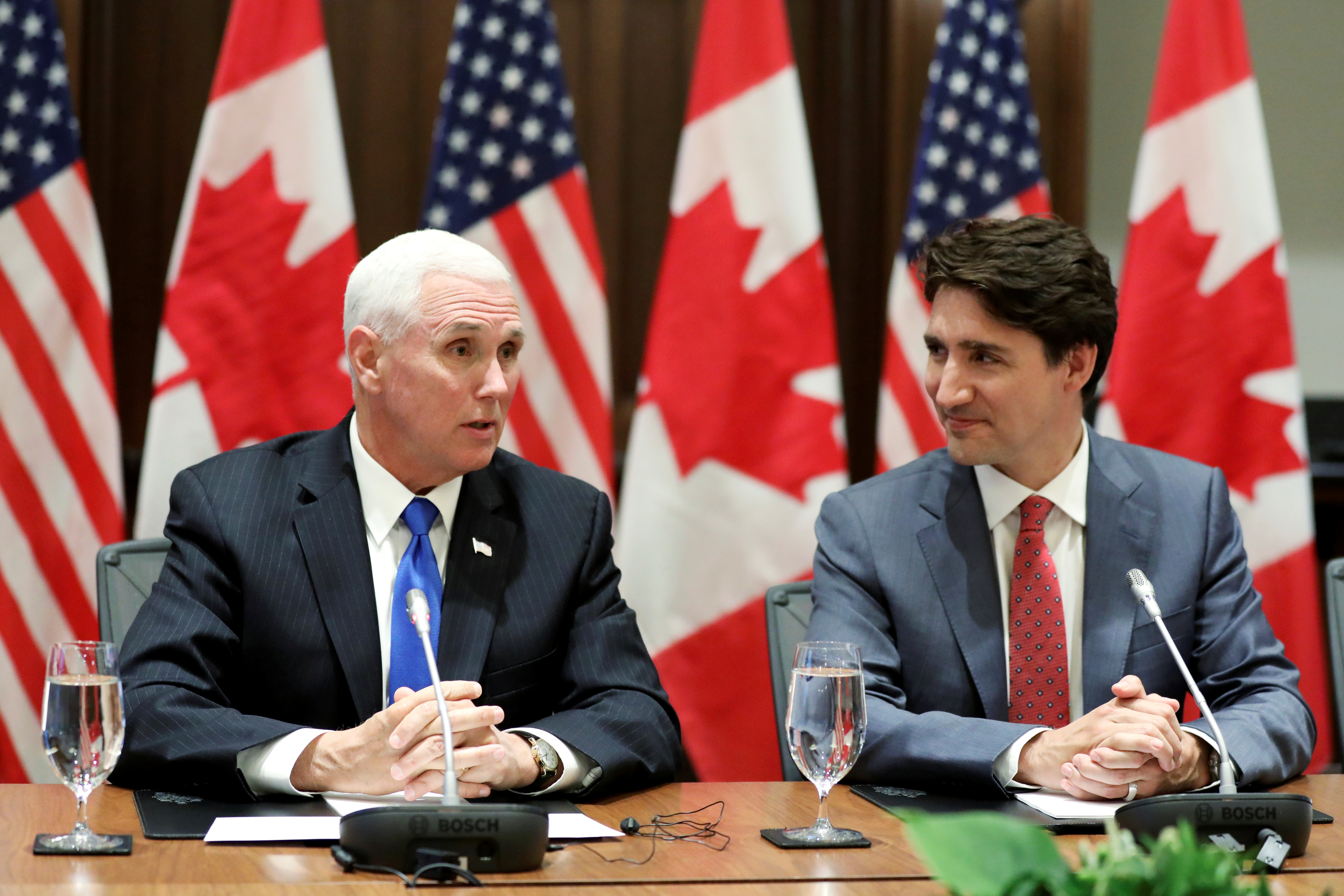 Canada’s Prime Minister Justin Trudeau looks on as U.S. Vice President Mike Pence speaks during a meeting with the Canadian Council for the United States-Mexico-Canada Agreement on Parliament Hill in Ottawa, Ontario, Canada, May 30, 2019. REUTERS/Chris Wattie

Both Pence and Trudeau agreed to counter Chinese aggression, while Pence reiterated the Trump administration’s commitment to securing the release of two Canadian citizens that China has detained, apparently without cause.

In a lighter moment, Pence joked that he was pleasantly surprised at the hospitality that he and wife had enjoyed from their Canadian hosts. He said he had presumed that Trudeau would be “a little more preoccupied on tonight’s basketball game” between the Toronto Raptors and Golden State Warriors. It is the first time a Canadian team has competed in the NBA finals.