The Trump administration is sending Homeland Security agents and other law enforcement officers to the Guatemala-Mexico border, part of the White House’s ongoing efforts to reduce illegal immigration to the United States, officials familiar with the plan said.

Dozens of Department of Homeland Security (DHS) agents and investigators will work alongside Guatemalan law enforcement to fight drug-trafficking and better prohibit the flow of illegal migration from the country, according to a report from The Washington Post. The U.S. agents will work as advisers for local Guatemalan forces.

The plan, which has not yet been formally announced, will reportedly involve a number of Homeland Security Investigations agents and intelligence analysts, several agents from Enforcement and Removal Operations, and other law enforcement personnel. A senior DHS source for CNN said the entire plan will last for two years.

News of the deployment comes after DHS Acting Secretary Kevin McAleenan signed a memorandum with the Guatemalan government that calls on both countries to work together to fight crime and reduce unauthorized immigration.

“I am proud to sign this agreement with Minister Enrique Antonio Degenhart,” McAleenan said on Tuesday. “Through our continued collaboration and partnership, the U.S. and Guatemala are formalizing a number of initiatives to improve the lives and security of our respective citizens by combating human trafficking and the smuggling of illegal goods, helping to limit ‘push’ factors that encourage dangerous irregular migration to the U.S., perpetuating the ongoing crisis at our border.”

The U.S. government has agreed to help Guatemala fight local crime. In return, the Latin American country has agreed to beef up its own border security.

The acting DHS secretary recently ended a four-day trip in the Northern Triangle, a region in Central America that is the major source of illegal immigration into the U.S. The goal of McAleenan’s trip was to find collaborative solutions with Central American leaders to hedge the crisis. 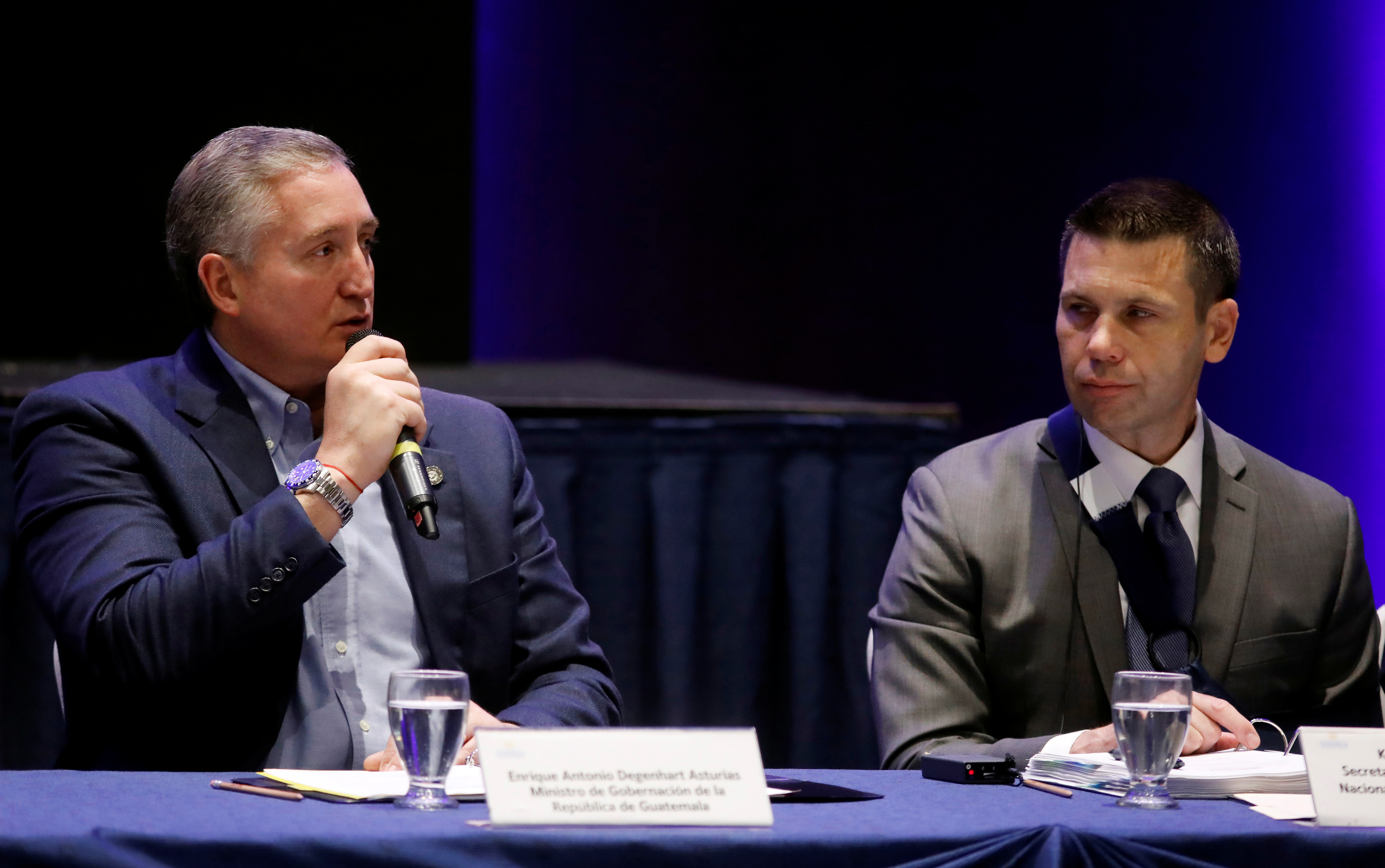 The deal with Guatemala has already appeared to bear fruit. Nine leaders of a major human smuggling operation were arrested Wednesday, thanks to a joint effort by DHS Investigation agents and Guatemalan authorities. The bust dealt a devastating blow to a cartel that transported around 800 migrants a year into the U.S. and boasted $10 million in assets. (RELATED: Not Many Companies Actually Get Busted For Hiring Illegal Immigrants, Study Finds)

DHS says dismantling criminal operations in Guatemala, which sits in a strategic location next to Mexico, can dramatically help reduce illegal immigration from Central America.

President Donald Trump on Thursday announced his administration would be instituting a tariff against all Mexican goods until their government does more to stop the flow of migration through its country. The tariffs, which will begin at 5% on June 10, are due to increase by increments of 5% every month and could reach a maximum of 25% by October.