In continuing the tradition of providing gifts to foreign dignitaries, the queen gave Trump an abridged first edition of “The Second World War” by Winston Churchill. The book, printed in 1959, is adorned with a gold-tooled crimson cover, silk endpapers and features hand-sewn red, white and blue headbands, reported CNN. Churchill wrote the books based on his own accounts and diaries of World War II.

Trump has been a long-time admirer of the late British prime minister. While meeting the royal family in July 2018, he notably was photographed sitting in Churchill’s chair in Chequers, the prime minister’s official country home. (RELATED: Melania Wears Custom-Made Outfit, Channeling The Late Princess Diana’s Style)

In addition to the book, the Queen also gifted Trump a set of Duofold pens adorned with her majesty’s obsidian design. The set comprised of a fountain pen, a rollerball pen and a ballpoint pen. 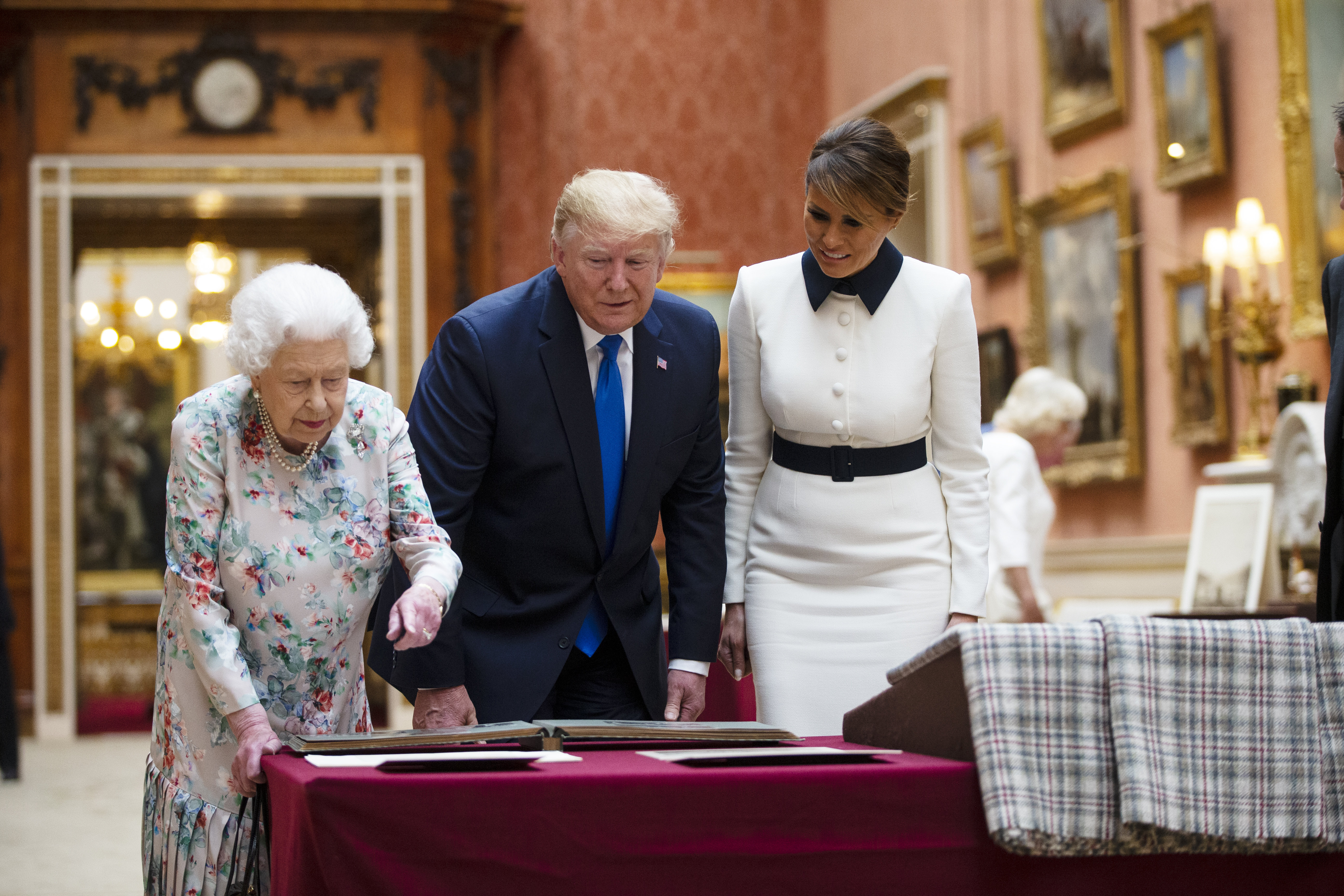 Melania was given a specially commissioned silver box with a handcrafted enamel lid. The box was designed with rose, thistle and shamrock images, symbolic of England, Scotland and Northern Ireland. Moreover, the three symbols can be seen on the ceiling pattern in the music room of Buckingham Palace.

Along with a welcome by the queen, the first family was greeted by Prince Charles and his wife Camilla.