Biden, the Democratic presidential front-runner for 2020, not only plans on imposing a domestic climate change agenda, but also pledged to use tariffs, trade quotas, international finance and political pressure to bring the rest of the world along with us.

“Science tells us that how we act or fail to act in the next 12 years will determine the very livability of our planet,” Biden said in a video statement released Tuesday.

Biden said he’d invest $1.7 trillion so that by 2050 the U.S. is “a 100% clean-energy economy with net-zero emissions.” He said federal spending will leverage $5 trillion in private, state and local spending on climate change. (RELATED: Many 2020 Democrats Favor Banning Fracking, Fossil Fuel Exports. That’s Millions Of Jobs)

Biden promises to go “well beyond” President Barack Obama’s climate change agenda, including executive actions to cut emissions, push electric vehicles and energy efficiency regulations and allegedly create 10 million jobs. Though, Biden is careful not to mention the Green New Deal backed by his 2020 competition, which is opposed by labor unions.

All these promises “will be paid for by reversing the excesses of the Trump tax cuts for corporations, reducing incentives for tax havens, evasion, and outsourcing, ensuring corporations pay their fair share, closing other loopholes in our tax code that reward work not wealth, and ending subsidies for fossil fuels,” according to Biden’s campaign website.

Other 2020 Democratic candidates pledged to reverse tax cuts President Donald Trump signed into law as well as end fossil fuel subsidies — much of which helps low-income Americans to heat their homes in winter.

“The U.S. Department of State publishes rankings of country’s records on human trafficking and human rights,” reads Biden’s plan, which promises “a new Global Climate Change Report to hold countries to account for meeting, or failing to meet, their Paris commitments and for other steps that promote or undermine global climate solutions.” 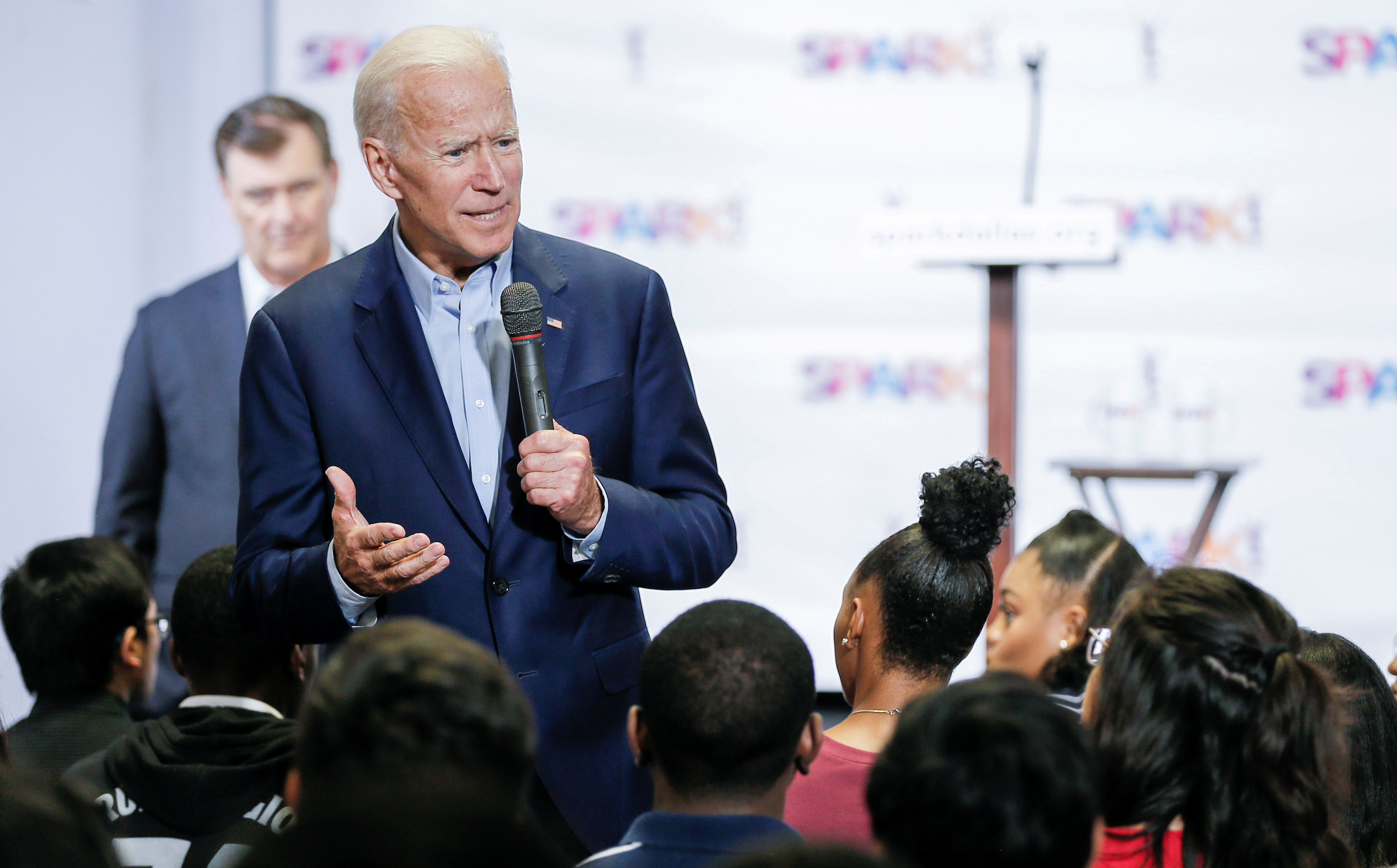 By that logic, however, most countries are not on track to meet the goals of the Paris climate accord, which Obama joined in 2016 and Trump has since promised to exit — mostly on grounds it advantaged China over the U.S.

“The rest of the world has to step up as well,” Biden said in the video before calling out China, the largest carbon dioxide-emitting country in the world.

“We’ll not only hold their leaders accountable for reducing carbon output at home in their country, but make sure they stop financing billions of dollars of dirty fossil fuel projects all across Asia.”

Biden’s tough China rhetoric over climate change comes after the former vice president was hit by Republicans and Democrats for saying China’s “not competition for us.” Critics also went after Biden for his son’s business ties to China.

Biden would “impose carbon adjustment fees or quotas on carbon-intensive goods from countries that are failing to meet their climate and environmental obligations,” according to his plan.

The former vice president also laid out how he’d “[s]top China from subsidizing coal exports and outsourcing carbon pollution,” including emissions from China’s so-called “Belt and Road Initiative” to finance infrastructure across Asia. 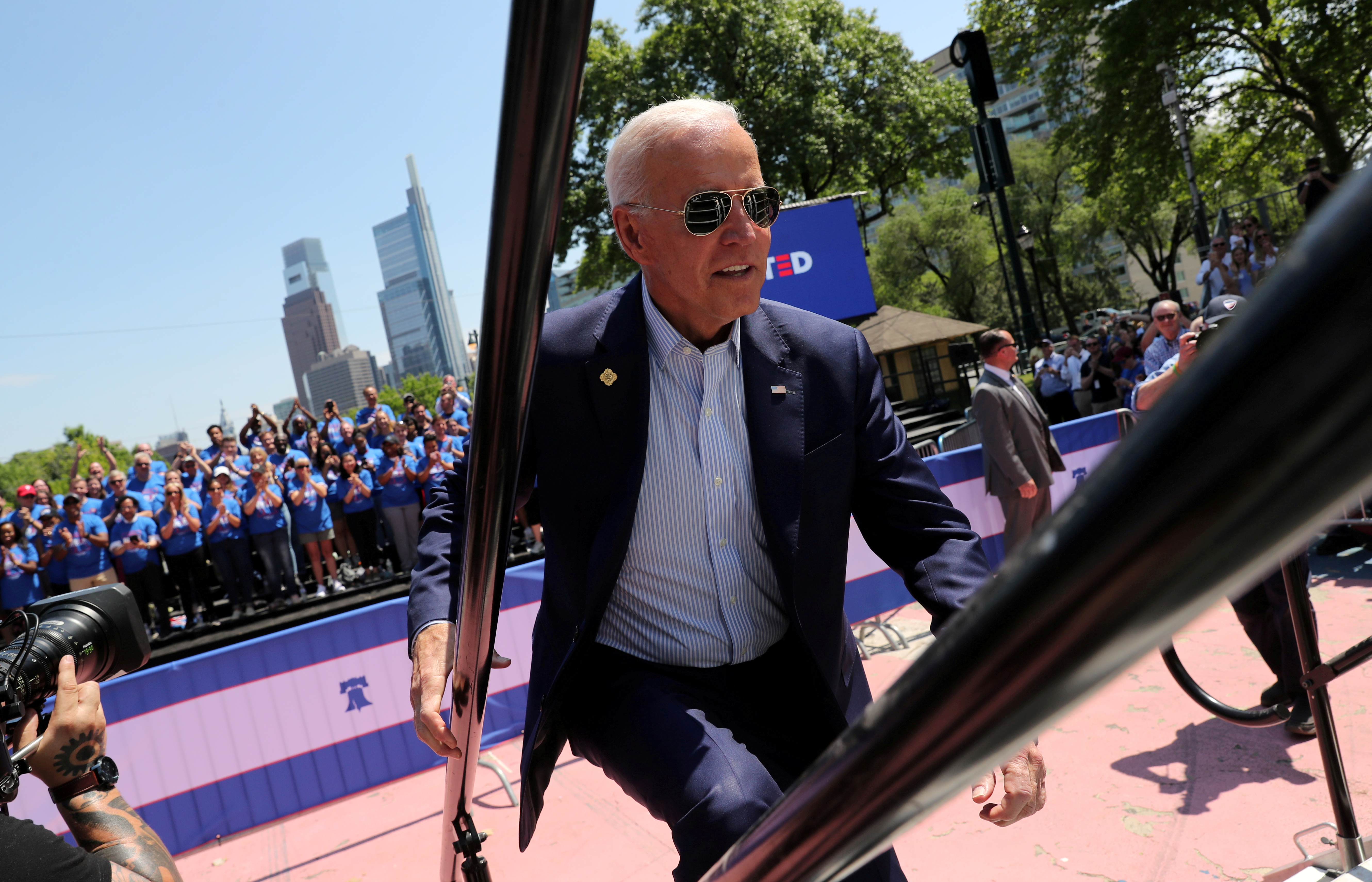 China backs about one-quarter of coal plants being built outside its borders, according to a January report. China struck agreements with countries, including Pakistan and Bangladesh, to build out energy infrastructure and roads — all while deepening ties.

“Biden will rally a united front of nations to hold China accountable to high environmental standards in its Belt and Road Initiative infrastructure projects, so that China can’t outsource pollution to other countries,” reads Biden’s plan.