“I agree with the president 100% and I agree with the tariffs,” Tom Homan, who served as acting ICE director from January 2017 to June 2018, said Tuesday while appearing on Fox News.

The former immigration chief was reacting to President Donald Trump’s press conference alongside British Prime Minister Theresa May, where he spoke more about tariff threat against Mexico.

“I understand that the tariffs may have a short-term effect on the economy, but it’s money, money, money, money. My concern is, what price is it going to put on our national security?” Homan said. “If you’re a terrorist in the world that wants to come to this country to do us harm, you’re not going to buy a plane ticket, you’re not going to try to get a visa — because of all the checks being done now after 9/11. You’ll enter the country the same way as 12 or 20 million other people entered.”

The former ICE chief noted how around 40% of Border Patrol agents are not even working on the front lines, forced instead to handle the huge numbers of family units and unaccompanied minors needing to be processed.

“The president is trying to secure our nation and protect our national security and cut down the vulnerabilities,” he added.

Homan’s comments come as the U.S. and Mexico appear to be heading into a tariff war over illegal immigration.

Trump on Thursday revealed he would be slapping Mexican imports with a 5% tax beginning June 10. This tariff would increase incrementally by 5 percentage points every month, reaching a possible maximum of 25% by October. The tariffs, he said, would be removed if the Mexican government does more to prevent illegal immigration.

The vast majority of apprehended illegal migrants are Central Americans who passed though Mexico unabated in order to reach the U.S. southern border. 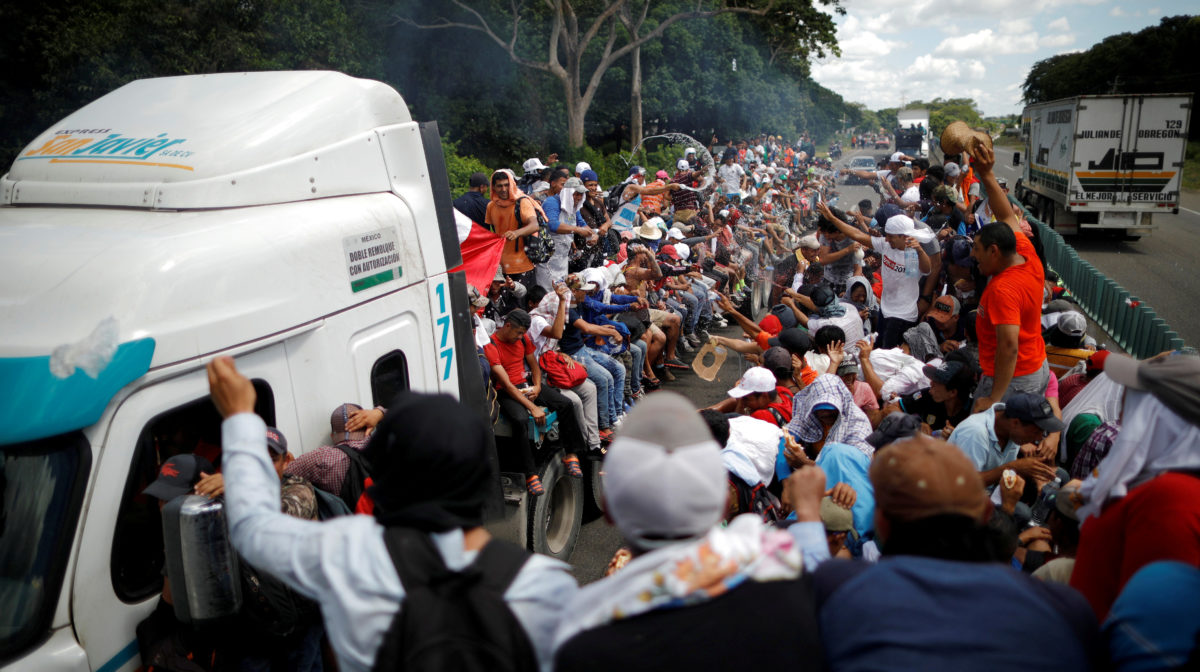 Central American migrants, who are part of a caravan of migrants trying to reach the United States. REUTERS/Ueslei Marcelino

Given the escalating situation, Trump felt the need to apply more pressure on Mexico.