The administration will reportedly be redirecting the funds saved from such programs to essential services, as the southern border experiences a spike in families and unaccompanied children immigrating illegally into the U.S.

U.S. Health and Human Services (HHS) spokesman Mark Weber told The Washington Post in a report published Wednesday that The Office of Refugee Resettlement canceled funding for programs — like soccer and ping-pong — that are “not directly necessary for the protection of life and safety, including education services, legal services, and recreation.”

Immigration activists claim the move could violate state regulations that require migrant shelters to have educational and recreational programs for children. 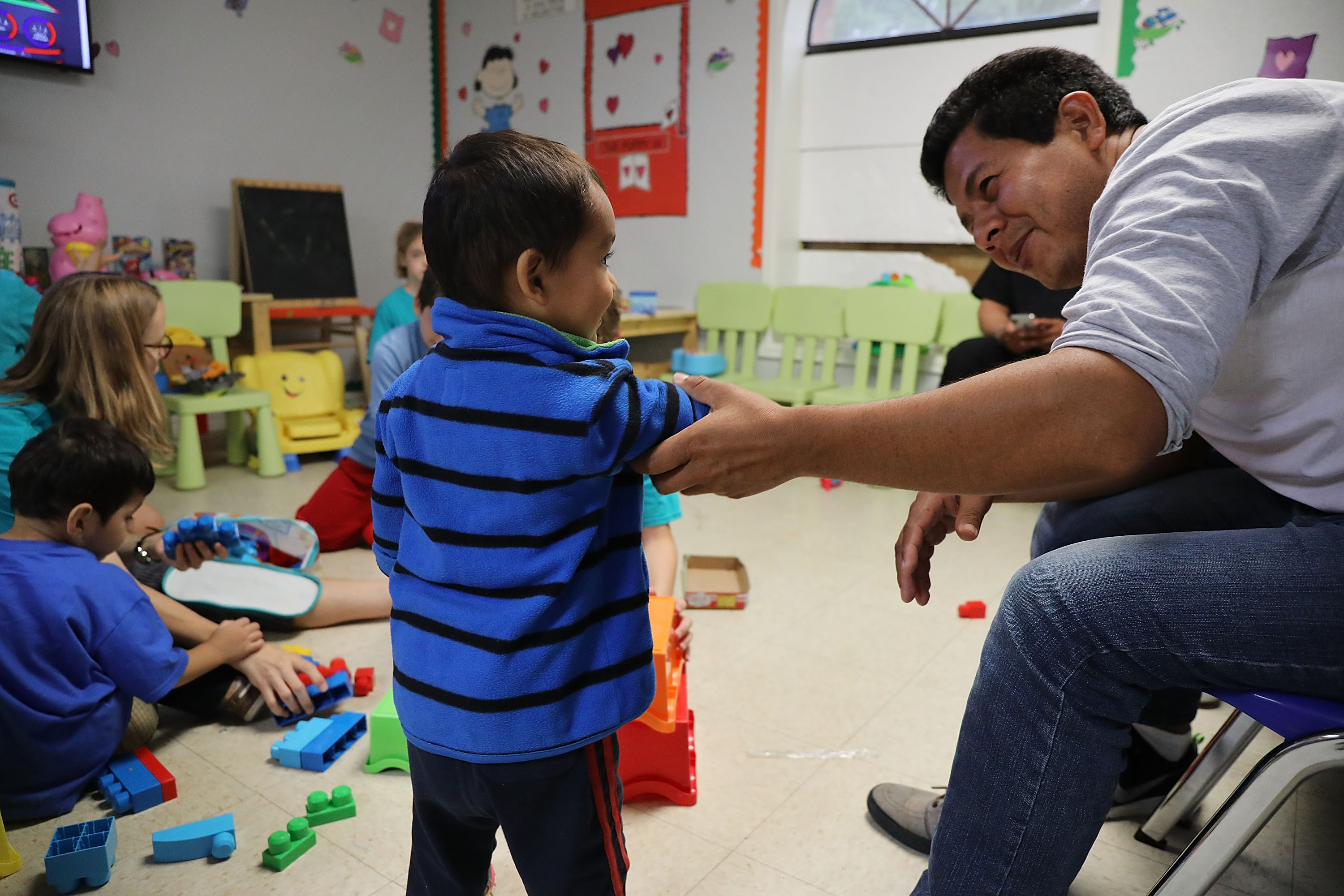 MCALLEN, TX – JUNE 21: Recently arrived migrant families rest at the Catholic Charities Humanitarian Respite Center on June 21, 2018 in McAllen, Texas. Once families and individuals are released from Customs and Border Protection to continue their legal process, they are brought to the center to rest, clean up, enjoy a meal and get guidance to their next destination. (Photo by Spencer Platt/Getty Images)

Border officials have been asking for additional resources so that they can effectively provide shelter for the tens of thousands of unaccompanied minors crossing the border. More than 40,800 unaccompanied children have been recovered and placed into HHS care this year, up 57 percent from 2018.

ICE’s acting executive associate director Nathalie Asher reported in May that the agency had to release 160,000 illegal migrant family units since December because of a lack of resources and overcrowding in migrant shelters. (RELATED: ICE Forced To Release 160,000 Illegal Family Units)

“Currently, two of ICE’s greatest challenges are limited detention beds for adults and the inability to detain family units for the length of time necessary for their cases to be decided,” Asher said during testimony to the Senate subcommittee on Border Security and Immigration.

Border Patrol Chief Carla Provost also revealed during the same hearing that more than half of adults apprehended by agents in April brought children with them — sometimes children who don’t even belong to them.

May’s border apprehension numbers reveal that the crisis is only escalating. Border Patrol agents detained a total of 132,887 illegal migrants at the U.S.-Mexico border, the highest level in more than a decade.