Border Patrol is reporting “a dramatic rise” in the number of African migrants caught illegally crossing the U.S.-Mexico border in recent days.

Border Patrol agents have apprehended over 500 individuals from the continent of Africa in the Del Rio Sector since May 30, according to Customs and Border Protection (CBP). The migrants — most of them family units from Congo, Angola and Cameroon — are increasingly found trying to cross the Rio Grande River, exacerbating an immigration crisis primarily driven by Central Americans.

“The introduction of this new population places additional burdens on processing stations, to include language and cultural differences,” Del Rio Sector Chief Patrol Agent Raul L. Ortiz said in a CBP press statement Wednesday. “Our agents continue to meet each new challenge as the ongoing humanitarian crisis evolves.” (RELATED: Surge Of Bangladeshi Migrants With Bogus Passports Causing US To Rely On Dental Exams)

Agents at the Del Rio Sector, a stretch of border between Texas and Mexico, apprehended their first large group of African migrants on May 30, nabbing 116 Africans crossing the Rio Grande together. A group of migrants is considered “large” if it’s made up of 100 or more persons.

“Large groups present a unique challenge for the men and women of the Del Rio Sector,” Ortiz said of the record-setting capture. “This large group from Africa further demonstrates the complexity and severity of the border security and humanitarian crisis at our Southwest border.”

Border agents are not sure what routes African migrants are using to reach the U.S., but like their Central American counterparts, they appear to understand the loopholes around American immigration laws. Most of the African groups, according to CBP, are made up of family units. The presence of a related child makes it much more difficult for U.S. officials to quickly deport illegal migrants. 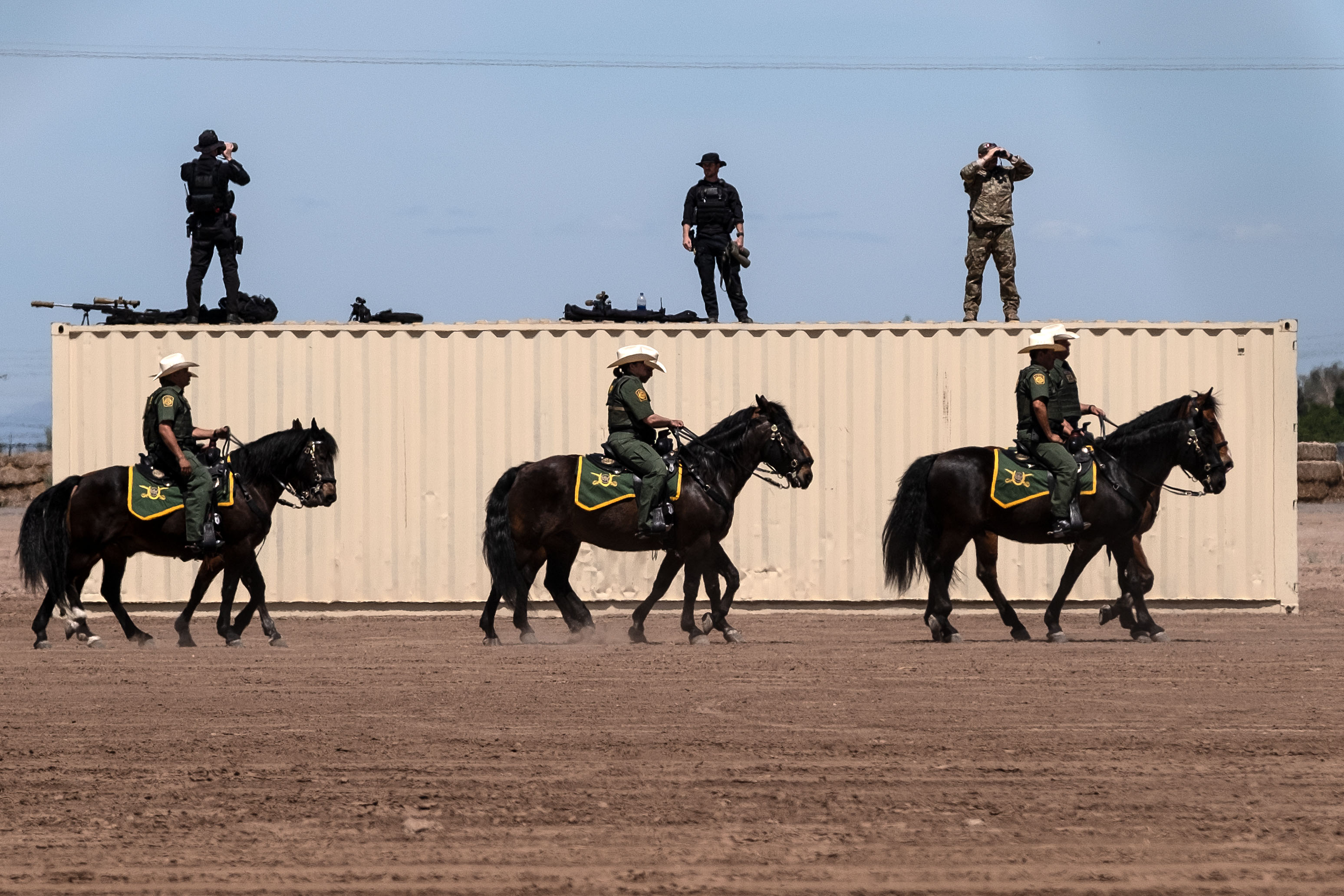 Members of the Secret Service and Border Patrol on horseback near the U.S.-Mexico border on April 5, 2019. (Guillermo Arias/AFP/Getty Images)

Border Patrol is not sure what routes these African migrants are taking to reach the U.S., but their increased presence at the U.S. southern border is further contributing to the immigration crisis. (RELATED: Mexico Steps Up Illegal Immigration Enforcement After Trump’s Tariff Threat)

Nearly 133,000 illegal migrants were caught along the U.S.-Mexico border during May, the largest number of apprehensions in over a decade and the third consecutive month where encounters topped 100,000. Over half a million migrant arrests have been made since the beginning of the 2019 fiscal year, and experts predict 1 million apprehensions will be reached before the fiscal year ends.