Two top Republican lawmakers are accusing House Oversight Committee Chairman Elijah Cummings of hurting the committee’s reputation over his handling of Michael Cohen’s “perjury-laden testimony” before the panel on Feb. 27.

“Today marks 100 days since Cohen’s testimony. We are deeply disappointed that you have declined to hold Cohen accountable,” Reps. Jim Jordan of Ohio and Mark Meadows of North Carolina said in a letter Friday to Cummings.

The Republicans say that Cohen lied about seven different areas during his testimony, but that Cummings has not followed through with his pledge to make criminal referrals against the former Trump fixer.

“If [Cohen] came in here and lied I would nail him to the cross,” the Maryland Democrat said at the hearing.

Jordan and Meadows, who are close allies of President Donald Trump, say that Cohen lied when he testified that he did not seek a pardon from the president or his legal team before he began cooperating with the special counsel and prosecutors in New York. Cohen’s lawyer, Lanny Davis, said after Cohen’s testimony that he did direct his lawyer at the time to raise the pardon issue with Trump’s legal team.

Cohen also claimed that he did not seek or want a job in the Trump White House, but Jordan and Meadows noted that three people have come forward to dispute that claim. 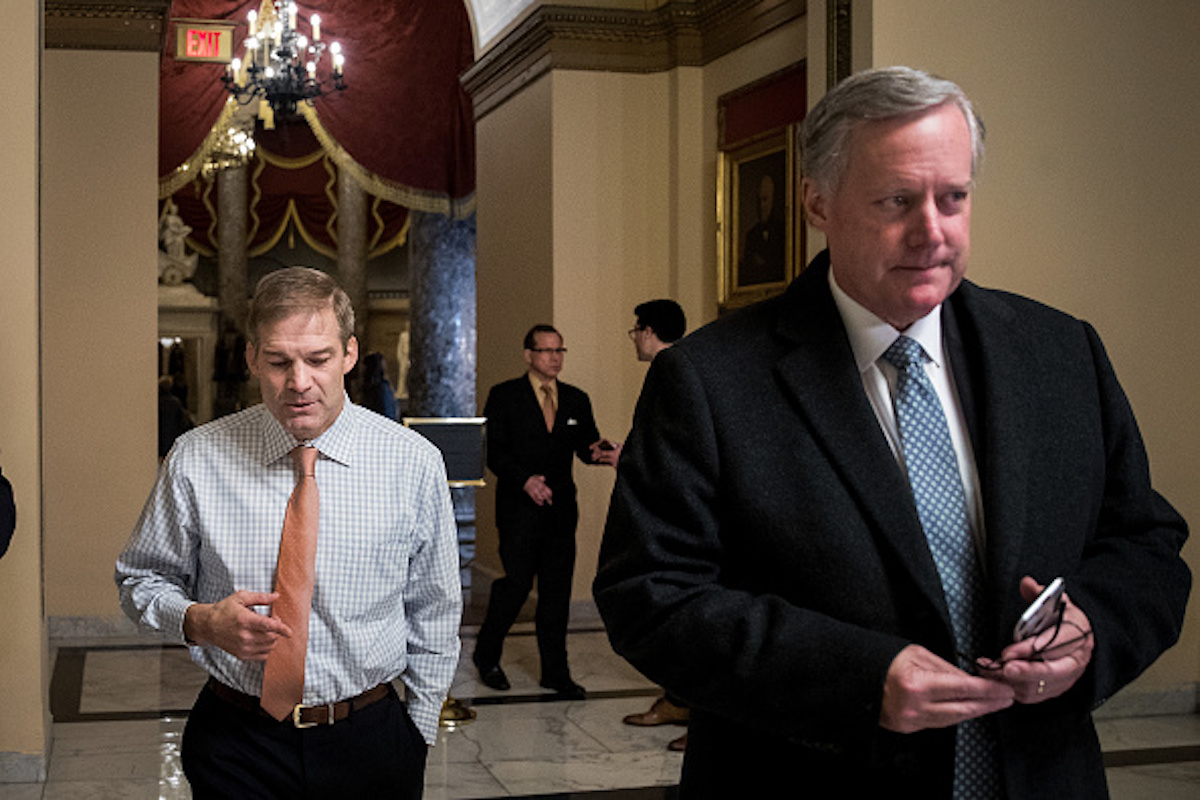 Cohen testified that Trump instructed him to pay Daniels. He was paid back over the course of the next year.

Cohen also pleaded guilty in the special counsel’s probe on Nov. 29, 2018 to making false statements to Congress about his efforts to build a Trump Tower in Moscow during the campaign.

In his testimony, Cohen portrayed his former boss as a racist and con man who he believed had broken the law. Cohen’s testimony was not entirely negative for Trump or the campaign. He disputed allegations made in the Steele dossier that he visited Prague in August 2016 to meet with Kremlin operatives. The dossier, authored by Christopher Steele, has been a roadmap for both the FBI and media in the collusion investigation. (RELATED: Michael Cohen Puts Dagger In The Heart Of Steele Dossier)

A day after Cohen’s public testimony, Jordan and Meadows sent a letter to Attorney General William Barr referring Cohen for investigation for perjury. They have since asked Cummings to join the referral, but he has declined to do so. Cummings sent a letter on May 22 to the two Republicans saying that he had reviewed one of the allegations of perjury against Cohen but would not join the criminal referral.

Jordan and Meadows shot back at Cummings over the decision.

“You may consider this matter ‘closed’ because you want it to go away. But respectfully, you invited Michael Cohen before the Committee and you must live with the consequences,” they wrote. “We warned you about the dangers of showcasing the testimony of a convicted liar. The stain of Cohen’s testimony will continue to tarnish the Committee’s reputation and that of your chairmanship until you accept the overwhelming evidence that he lied and act to hold him accountable.”

Republicans are sending the letter to Cummings not only because of the 100-day anniversary, but also because House Democrats plan to hear testimony Monday from John Dean, the former Nixon White House general counsel who admitted to arranging the Watergate cover up.

Dean, who is now a CNN contributor, will appear before the House Judiciary Committee, which is holding a series of hearings about the special counsel’s report. It is still unclear why Democrats want to hear from Dean

Republicans plan to point out the parallels between Cohen and Dean, both of whom are convicted felons who have testified against their former bosses.

Dean noted his similarities to Cohen in an op-ed in The New York Times on March 1.

Dean pleaded guilty to obstruction of justice in October 1973 for arranging hush payments to the Watergate burglars. He was sentenced to between one and four years in prison, but ended up serving only four months in jail.