Acting Homeland Security Secretary Kevin McAleenan said the White House’s immigration deal includes an array of fresh concessions from Mexico, pushing back against questions over whether the president actually strong-armed Mexico to agree to new terms.

“All of it is new,” McAleenan said on “Fox News Sunday” about the president’s deal to bolster enforcement of illegal immigration.

“We’ve heard commitments before from Mexico to do more on their southern border. The last time they deployed down there was about four or 500 officers,” he said. “This is more than a tenfold commitment to increase their security in Chiapas — that’s where people are entering from Guatemala into southern Mexico.”

The comments followed an agreement between the U.S. and Mexico, reached Friday, regarding how to handle the influx of illegal immigrants pouring across both countries.

The U.S. has revoked its threat to slap the Latin American country with a 5% tariff on all of its goods. In return, the Mexican government has pledged to send around 6,000 National Guard troops to its southern border with Guatemala, allow more asylum seekers to remain in Mexico, and more forcefully combat human trafficking and smugglers.

However, officials quoted in a New York Times article Saturday claim that much of the deal includes nothing new. Pledges to send more security to its Guatemalan border and an expansion of an asylum program, according to the report, were agreed to by Mexico several months ago under then-DHS Secretary Kirstjen Nielsen.

McAleenan, who has been leading the Department of Homeland Security since April, vehemently pushed back on that narrative Sunday. 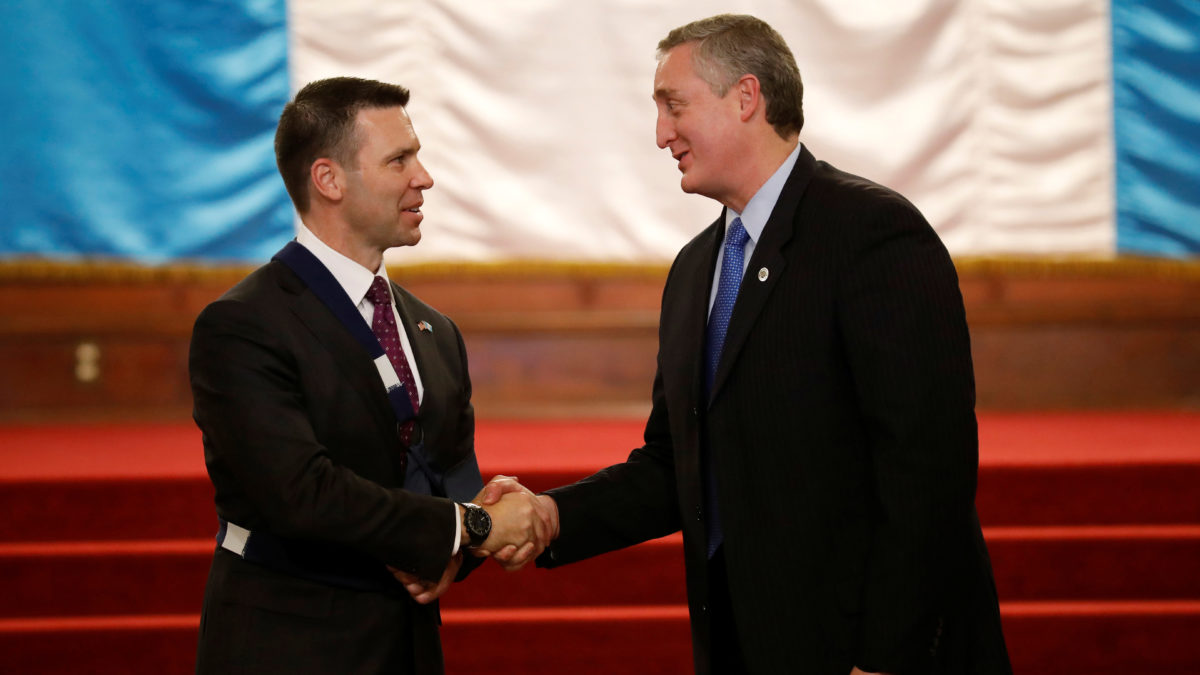 “It is very different. The president put a charge in this whole dialogue with Mexico with the tariff threat — brought them to the table,” the acting DHS secretary said. “This is the first time we’ve heard anything like this kind of number of law enforcement being deployed in Mexico to address migration — not just at their southern border, but also on the transportation routes to the northern border and in coordinated patrols in key areas along our southwest border.”

President Donald Trump, for his part, called the article “another false report in the Failing [New York Times]” in a Sunday morning tweet.

The DHS chief also pushed back against criticism from House Speaker Nancy Pelosi, who said, “Threats and temper tantrums are no way to negotiate foreign policy.” (RELATED: DHS Inks Deal With Guatemala To Combat Immigration Crisis)

“People can disagree with the tactics. Mexico came to the table with real proposals. We have an agreement that, if they implement, will be effective,” he said of Trump’s strategy in using a tariff threat to wield negotiation results.