Iran freed a U.S. resident who had been held since 2015 on spying charges Tuesday following Secretary of State Mike Pompeo’s Sunday statement that Iran must behave like a “normal nation” for the U.S. to come to the negotiating table.

Nizar Zakka, 52, was a Lebanese IT expert living in Washington, D.C., when he was invited by the Iranian government to attend a conference in September 2015, reported NBC News. Then he was arrested and sentenced to 10 years in prison in a closed-door trial.

“After more than 1,350 days in captivity in Iran, we have received excellent news: Mr. Nizar Zakka is a free man,” lawyer Jason Poblete said in a statement Tuesday according to NBC News. “Nizar looks forward to reuniting with family and friends. Nizar expresses his sincerest thanks to those who never forgot him.” (RELATED: Iran Stepping Back After Preparing To Attack US Forces) 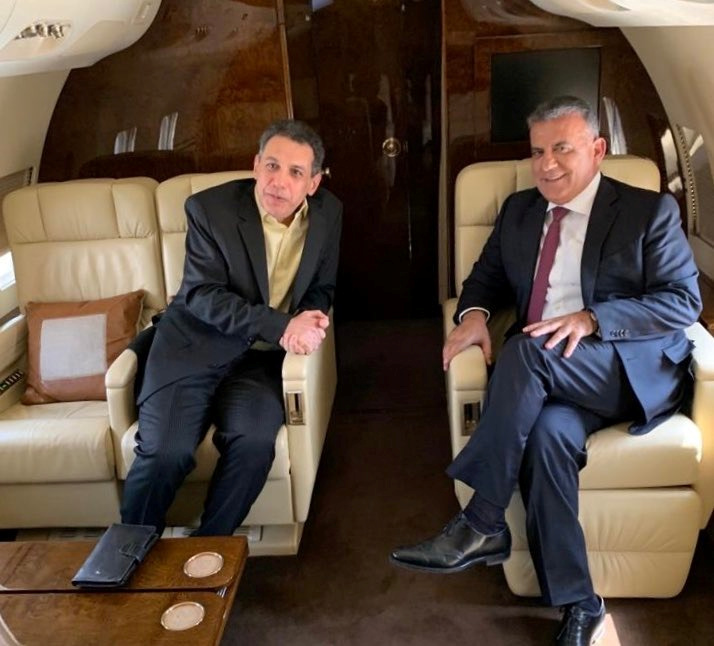 Freed Lebanese businessman Nizar Zakka, who was detained in Iran since 2015 for alleged anti-state activity, is pictured with Major General Abbas Ibrahim, Lebanon’s internal security chief, aboard the plane in this handout released by Lebanese General Security Directorate on June 11, 2019. LEBANESE GENERAL SECURITY DIRECTORATE/Handout via REUTERS

A U.S. State Department spokesperson called for Iran to release other “missing and wrongfully detained American citizens” Tuesday. Zakka’s family has characterized the charges against him as without merit.

Zakka’s release comes as the U.S. has been taking a harder line on Iran than many other western powers.

Iran, the fifth largest oil producer in the world, was not happy when the U.S. did not renew waivers earlier in May for eight countries to import Iranian oil despite sanctions, reported The Washington Post. Iran, the U.S. and countries including the United Kingdom and France signed the 2015 Iranian nuclear deal and have been searching for a new normal after President Donald Trump pulled out of the deal in May 2018.

The head of the United Nations International Atomic Energy Agency, Yukiya Amano, said Monday that Iran has upped its production of enriched uranium in recent weeks, reported NBC News. In addition, a U.S. general said Thursday he still viewed Iran as a threat despite its taking a “step back” from an apparent planned attack on U.S. forces in the Persian Gulf region.

Zakka’s family was part of a group of relatives of individuals imprisoned in Iran urging Trump and his administration to pull the visas of children of top Iranian officials in December.