The southern U.S. has long-held the title of America’s poorest region, and despite nearly catching up to the rest of the country, the region is once again experiencing an economic divergence.

States in the American South have achieved the highest unemployment rate and the slowest growth in both wages and output since 2009, reported The Wall Street Journal. The region has also experienced the lowest labor-force participation rate, which is the ratio of people available to work compared to the total population.

Per capita income of the South — consisting of Alabama, Arkansas, Georgia, Kentucky, Louisiana, Mississippi, North Carolina, Oklahoma, South Carolina, Tennessee, Virginia and West Virginia — was only 66% of the national average in the 1940s, according to Alex Klein, a University of Kent economist. However, it peaked at 98% in 2009 before dropping back to 86% over the following eight years.

Over the past few decades, larger American cities have been becoming increasingly wealthy as they attract more educated and high-tech talent. And while smaller U.S. cities have experienced success to a lesser extent, the nation’s rural areas are falling behind, according to WSJ.

Echoing the national trend, the economic divide between urban and rural areas in the South has broadened, yet, since a smaller share of residents live in cities, the divide has been amplified. While only 20% of Americans live in rural areas, roughly one-third of Southerners reside in such places, reported WSJ. (RELATED: U.S. Economic Growth Hits 3.2 Percent In 2019)

Southern cities such as Atlanta and Charlotte, which are often referred to as the Sunbelt cities, have attracted both wealthier individuals — such as white-collar workers and retired people from higher income areas — as well as less-educated individuals from less dense areas. The Sunbelt cities stand in stark opposition to the rural communities that constitute much of the South.

Although the demographics among cities and states vary widely within the American South, due to the re-emergence of the region led by the economic booms of the Sunbelt cities, the American South has been able to rebrand itself as “The New South.”

“The ‘New South’ is a narrative that is more applicable to the urban centers,” James Ziliak, a University of Kentucky economist who specializes in poverty, explained to WSJ. 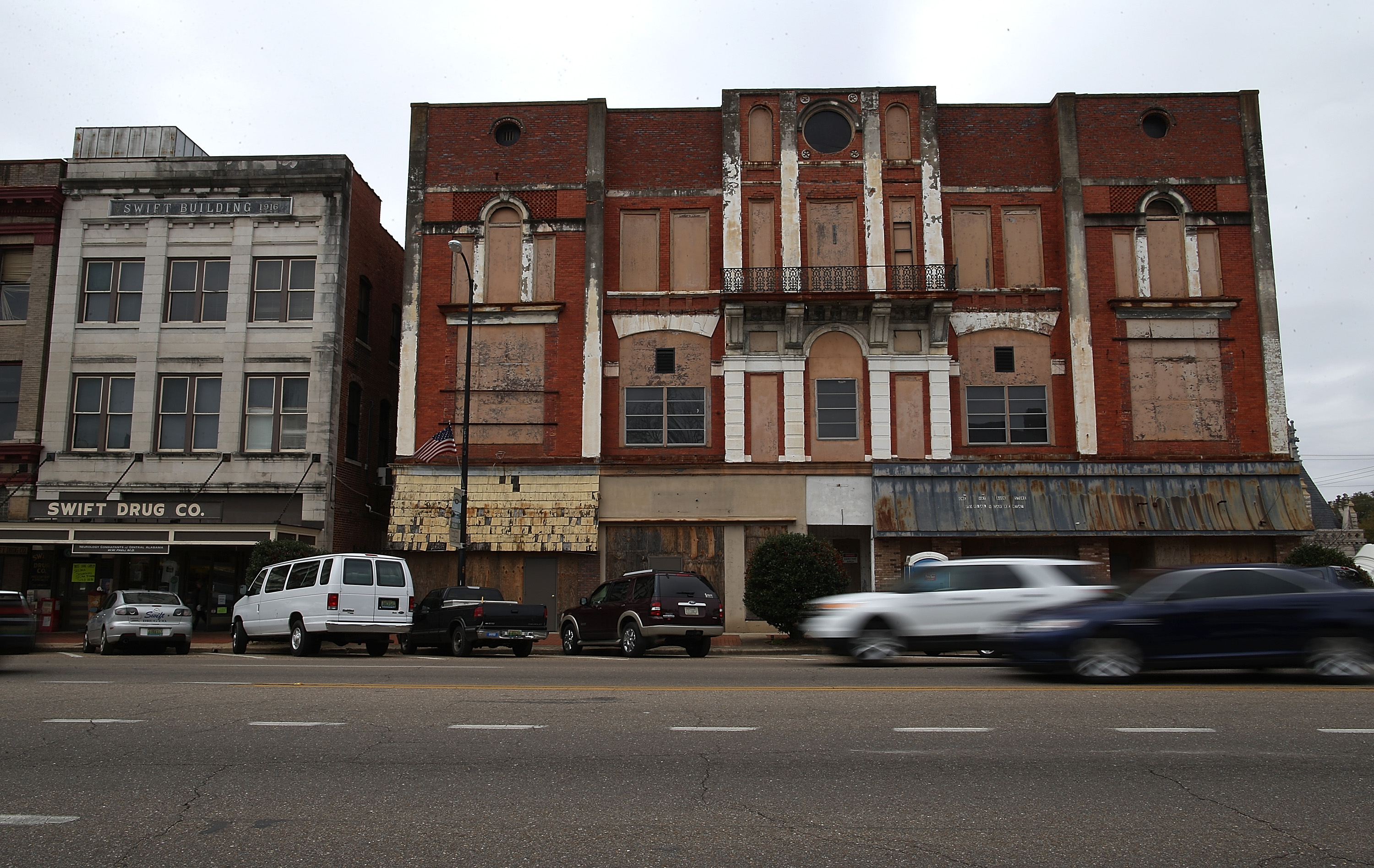 Cars drive by a boarded up building in Selma, Alabama. (Justin Sullivan/Getty Images)

The South has long been one of the countries poorest regions is due to its dependency on agriculture, which was hit hard after the abolishment of slavery. During the 1880s, just over 65% of Americans worked in the farm industry, while in the South, agricultural employment was closer to 90%, according to Sukkoo Kim of Washington University.

In an attempt to diversify, southern states passed laws to attract manufacturing jobs. As such, the South largely suppressed taxes and enacted legislation to weaken unions such as right-to-work laws and by the 2009 recession, the region had nearly caught up with its northern and western neighbors.

However, starting in the 1980s, manufacturing jobs across the country began disappearing with the uprise of globalization and automation. The South was hit particularly hard.

As the southern states begin to once again lag other U.S. regions economically, the federal government is trying to help close the gap. In addition to providing funding for research and jobs in the area, President Donald Trump enacted a slew of tariffs aimed at reopening American factories, which would potentially bring back jobs to the South.

Regardless, the federal government’s attempts have yet to converge the divergence and eliminate the region’s wealth disparity.