A Russian businesswoman and mother of a U.S. citizen who says she has been wrongly imprisoned in Kuwait for over a year was released on bail after a team of international heavyweights, including former FBI Director Louis Freeh, advocated for her, her team said.

Marsha Lazareva was sentenced to 10 years in prison for misappropriating funds in a Kuwaiti court May 6, 2018. Charges against her have not been dismissed, and Lazareva is still under a travel ban, her team said Wednesday.

Lazareva and another business executive, Saeed Dashti, were caught up in the same accusation and posted an eye-popping $33 million in joint bail. 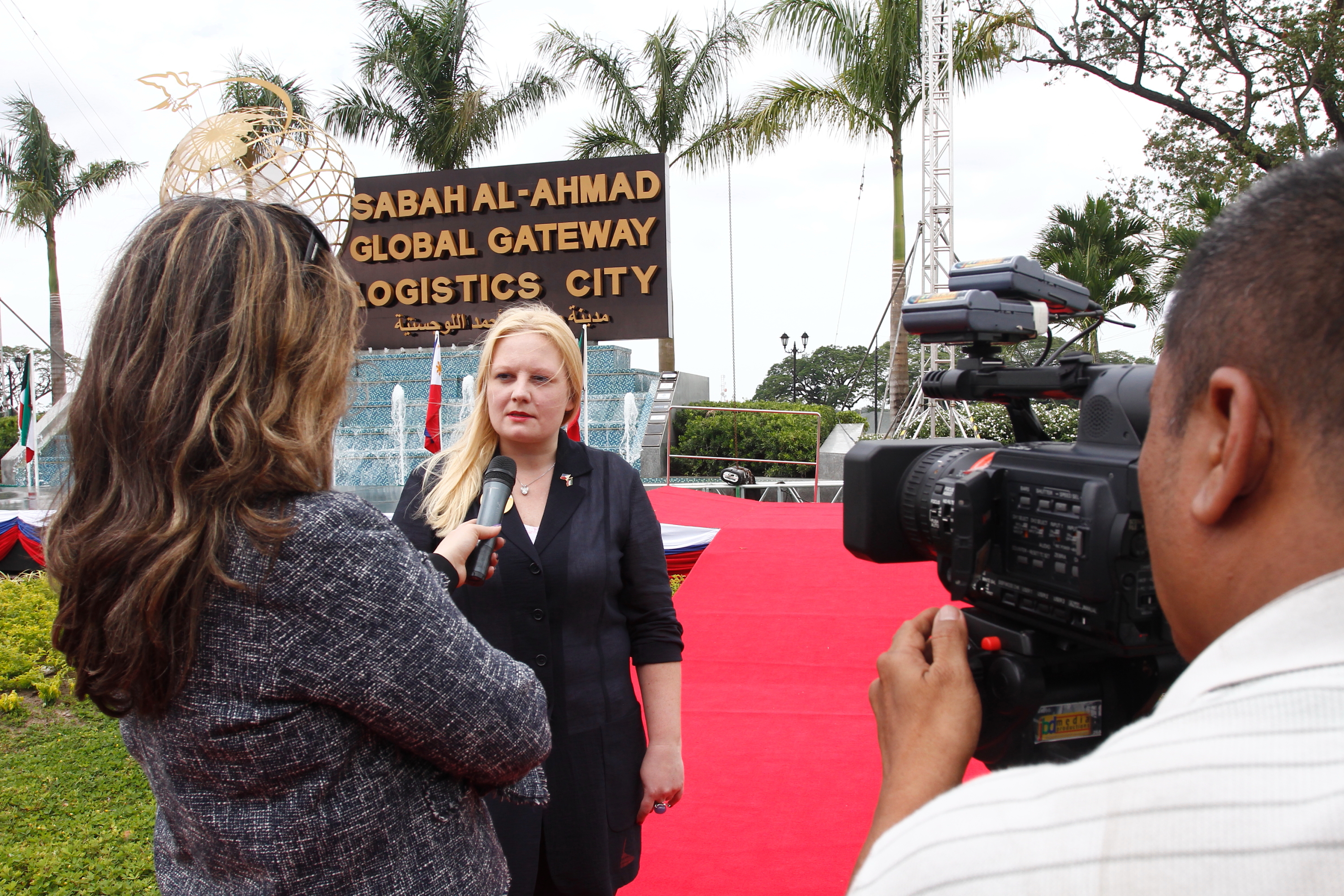 Investor Marsha Lazareva, a Russian national, is interviewed at the groundbreaking of the Sabah al Ahmad Global Gateway Logistics City in the Philippines in 2012. Courtesy KGL Investment

Dashti has not been let out, a spokesperson for Lazareva’s team said.

Lazareva’s advocates had been petitioning for her to be let out of jail after posting bail, especially so she can rejoin her elementary-age son. He believed his mother was on a very long business trip, Lazareva’s team said.

In what Lazareva’s advocates describe as an ironic twist, human rights activists brought her story before a UN body days before Kuwait assumed the month-long presidency of the UN Security Council in June. Activist Cherie Blair, wife of former U.K. Prime Minister Tony Blair, brought Lazareva’s story before the UN Working Group on Arbitrary Detention in late May.

“Marsha Lazareva has spent the last fifteen months in a Kuwaiti jail despite the fact there is no credible case to answer,” Blair told TheDCNF in a statement earlier in June. “Evidence used to convict Marsha has been held to be the work of forgery and the judicial process has appeared deeply flawed in a clear violation of Kuwait law and international legal standards, which is why we’re looking to the UN to intervene on her behalf and help end her arbitrary detention.”

Authorities accused Lazareva of being involved in embezzling $496 million from Kuwaiti government investors in 2017. The money was actually frozen in a bank in the United Arab Emirates and released in February, reported Forbes.

A judge ordered their conviction overturned because they were not allowed the opportunity to present a defense, David Hammond of law firm Crowell & Moring told TheDCNF in a phone interview earlier in June. The firm is working on Lazareva’s behalf.