The number of unauthorized Mexican immigrants in the U.S. declined so rapidly in the past 10 years that they no longer make up the majority of illegal aliens living in the country, according to an estimate from Pew Research Center.

The number of Mexican nationals living in the U.S. illegally reached a peak of 6.9 million in 2007. However, by 2017, this number had dropped to 4.9 million, according to Pew’s research. The significant decline of unauthorized Mexicans even contributed to a drop in the country’s overall illegal population, falling from 12.2 million in 2007 to 10.5 million in 2017.

“The number of Mexican unauthorized immigrants declined because more left the U.S. than arrived,” the study wrote.

The large drop in illegal Mexicans — coinciding with an increase of illegal immigration from other countries — resulted in them no longer making up the majority of the U.S.’s illegal population for the first time in recent history. Nevertheless, their population still makes up a significant plurality, accounting for 47% of the total illegal population in the country

The study’s findings are not surprising given the recent trends in illegal immigration — changes that have pushed law enforcement officials past the breaking point.

Over half a million illegal immigrants have been apprehended by U.S. Border Patrol since the beginning of the 2019 fiscal year. The situation only appears to be escalating, with migrant apprehensions increasing every month since January, and encounters at the U.S. southern border topping 100,000 for the past three months.

The majority of the migrants appearing before Border Patrol agents are unaccompanied minors and family units from Central America’s Northern Triangle region. Their migration numbers are so dramatic, in fact, acting Homeland Security Secretary Kevin McAleenan said in May that more than 1% of the population of Guatemala and Honduras has left for the U.S. since September 2018. 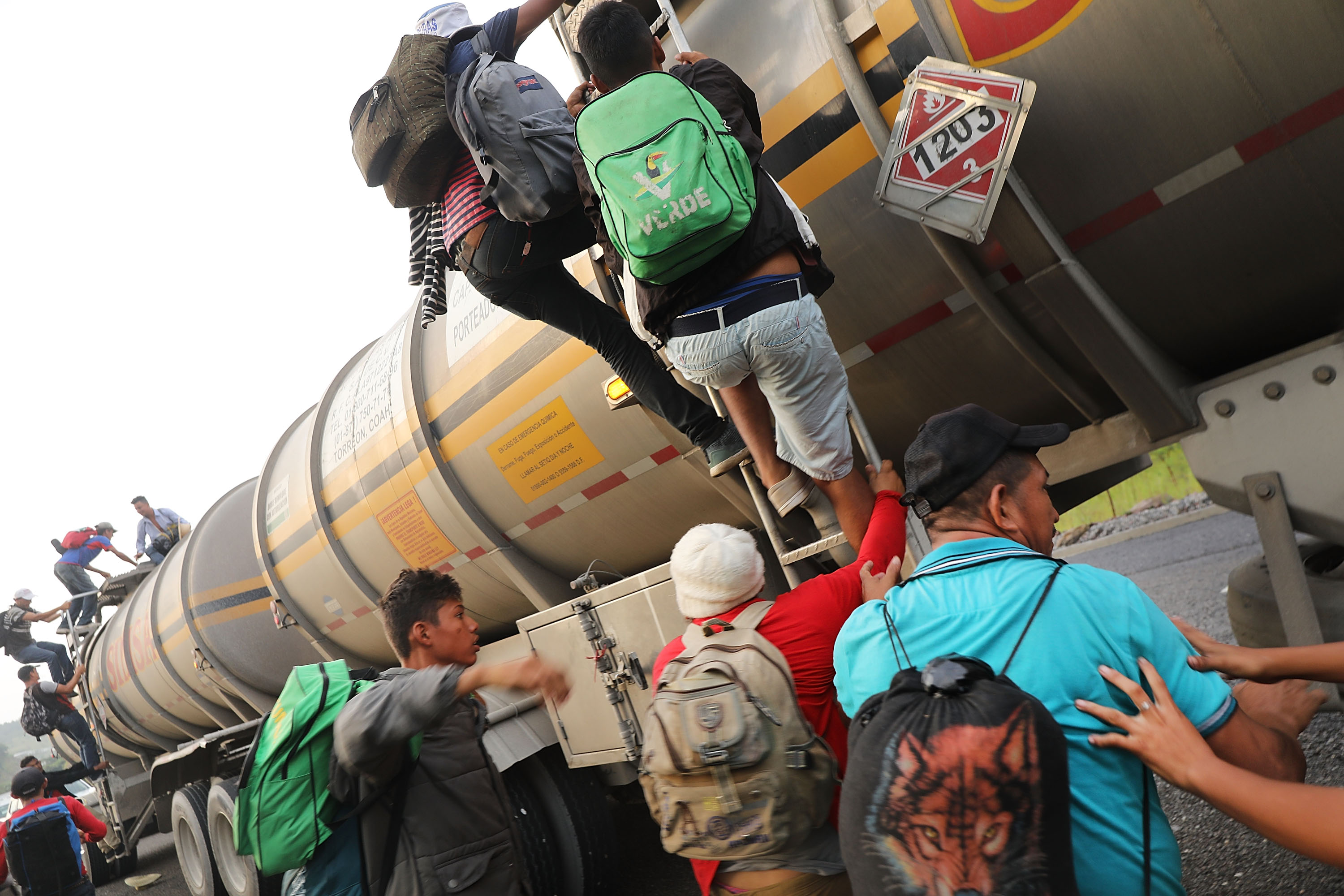 MATIAS ROMERO, MEXICO – NOVEMBER 02: Members of the Central American migrant caravan move to the next town at dawn on November 02, 2018 in Matias Romero, Mexico. (Photo by Spencer Platt/Getty Images)

The demographic changes have created upheaval among law enforcement agents constrained by laws that were designed to deal with adult Mexican men traveling alone — not Central American migrants traveling unaccompanied minors or family units. Homeland Security leadership has continually begged Congress to deliver more funding and changes to the laws to better deal with the influx of noncontiguous immigrants.

1
Elusive Government Memo Shows FBI Did Not Think Michael Flynn Intentionally Lied
Politics
2
'Suppression Of Speech': Goya Foods CEO Refuses To Apologize For Pro-Trump Remarks
Politics
3
Woman In Bikini Dances Around Her Car After Big Crash, Gets Thrown To The Ground By Police
Entertainment
4
Here's How College Professors And Students Are Trying To Stop ICE From Deporting International Students
US
5
'Most Of Her Right Foot Is Gone': 16-Year-Old Girl Hospitalized After 'Illegal' Device Explodes
US