A federal watchdog agency has recommended that Kellyanne Conway, a senior counselor to President Trump, be removed from public service for violating the Hatch Act.

The Office of Special Counsel (OSC), an independent federal watchdog, said in a letter Thursday to Trump that Conway is a “repeat offender” who has committed “numerous violations” of the Hatch Act by making disparaging remarks about Democrats during media appearances.

The Hatch Act bars government employees from making statements for or against political candidates.

“OSC respectfully requests that Ms. Conway be held to the same standards as all other federal employees, and, as such, you find removal from federal service to be the appropriate disciplinary action,” wrote special counsel Henry Kerner. (RELATED: Kellyanne Conway Says Nancy Pelosi Treats Her ‘Like Her Maid’)

“If Ms. Conway were any other federal employee, her multiple violations of the law would almost certainly result in removal from her federal position by the Merit Systems Protection Board,” Kerner continued.

The OSC, which is not affiliated with the Justice Department’s special counsel’s office, investigated Conway’s statements and interviews regarding the 2020 election. 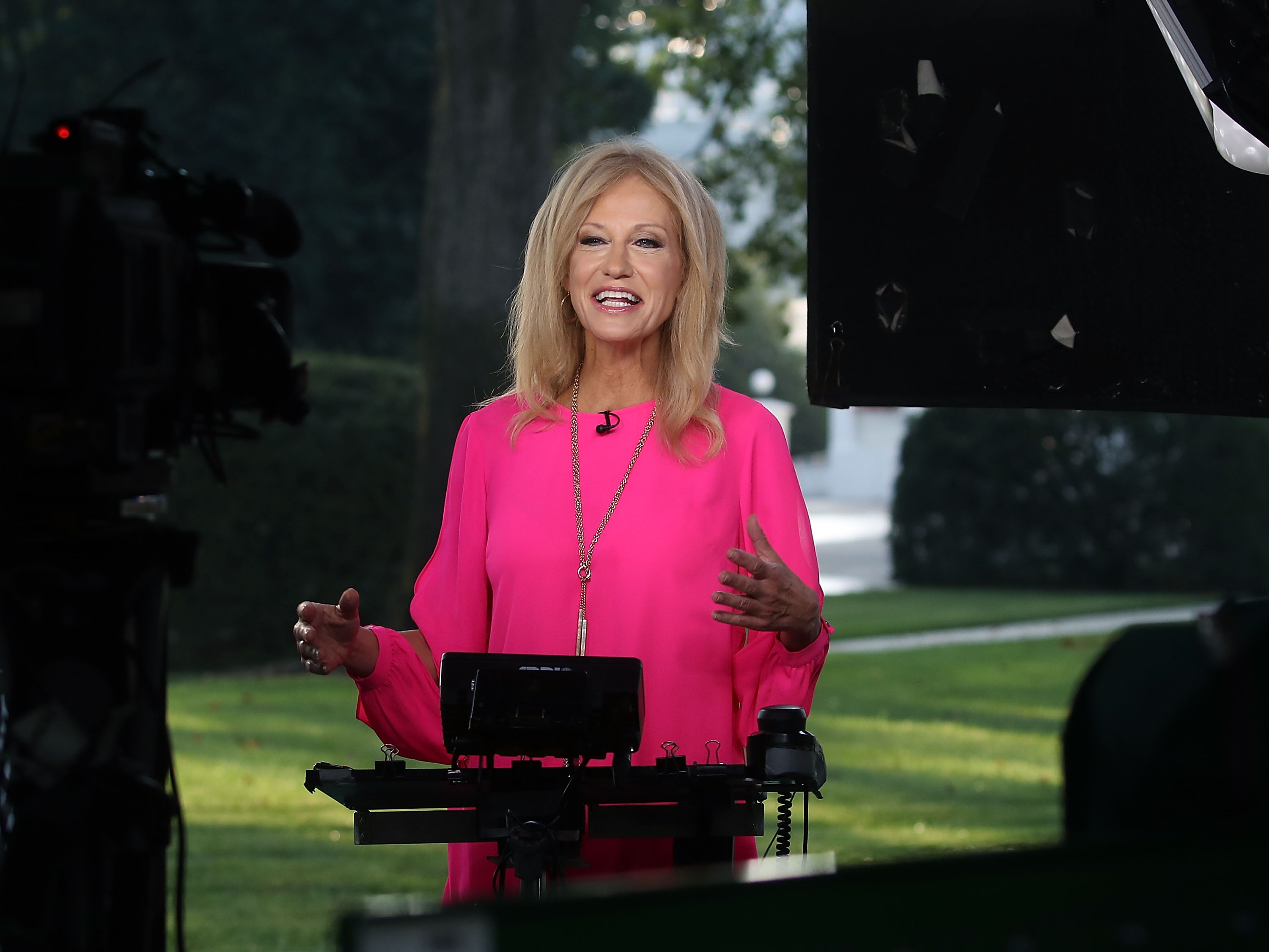 White House Counsel, Kellyanne Conway appears on a morning television show, from the North Lawn of the White House on August 17, 2018 in Washington, DC. (Photo by Mark Wilson/Getty Images)

The letter says that since Feb. 1, Conway has “repeatedly” violated the Hatch Act in media appearances by touting Trump’s reelection campaign while criticizing Democrats running for office.

The letter goes on to call Conway a “repeat offender” who was the subject to an OSC report released on March 6, 2018. The office found that Conway violated the Hatch Act by commenting on the 2017 Alabama special election for an open Senate seat.

“As a highly visible member of the Administration, Ms. Conway’s violations, if left unpunished, send a message to all federal employees that they need not abide by the Hatch Act’s restrictions. Her actions erode the principal foundation of our democratic system — the rule of law,” the letter states.

It remains to be seen how President Trump will respond to the recommendation, though OSC has limited power to force its recommendation.

“Under the statute, OSC makes a finding, but with many senior White House officials and Cabinet Secretaries, it is up to the President to take appropriate disciplinary action, and we respect his authority,” the spokesman, Zachary Kurz, told The Daily Caller News Foundation.

White House counsel Pat Cipollone blasted the recommendation in a letter that the White House sent on Tuesday to Kerner.

Cipollone said that the OSC recommendation was “based on fundamental legal and factual errors” and that the call to fire Conway “is as outrageous as it is unprecedented.”

OSC also recently found that Ryan Zinke, the former secretary for the Department of the Interior, violated the Hatch Act by wearing “Make America Great Again” socks that featured a cartoon of Trump.